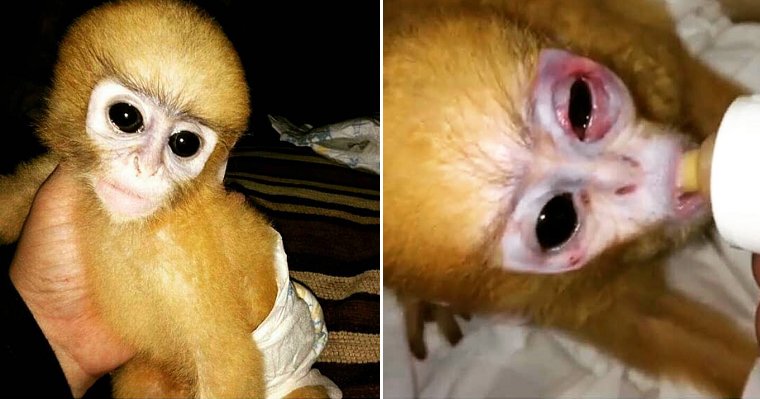 Owning a cute little furry animal as a pet is a big responsibility and many of us would either go for cats or dogs to keep us company. However, there’s a disturbing new trend that is seen emerging on social media where more and more people are getting baby monkeys as pets. 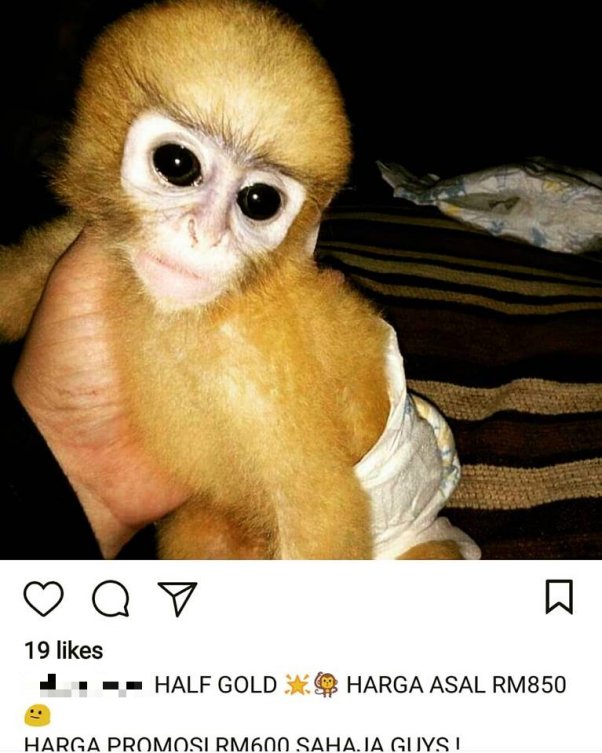 A Malaysian woman, Bam Arrogancia recently shared a post to raise awareness about this issue and to urge the public to stop buying wild monkeys as pets. As an animal lover and activist who works to protect and rehabilitate primates, she said that by supporting this trade, we are essentially killing them!

She said she noticed the trend recently and slammed people who were buying wild primates, especially the Dusky Leaf monkey or Spectacled Langur that were being sold on social media by irresponsible dealers. A quick check showed that these accounts are still active. Due to the primates’ small size, adorable face and gentleness, they are being targeted by poachers who would catch them to be sold off as pets. 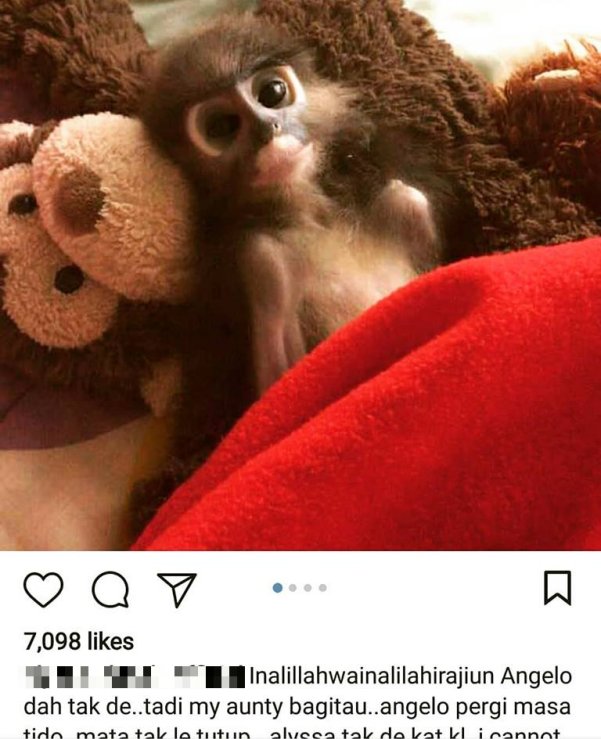 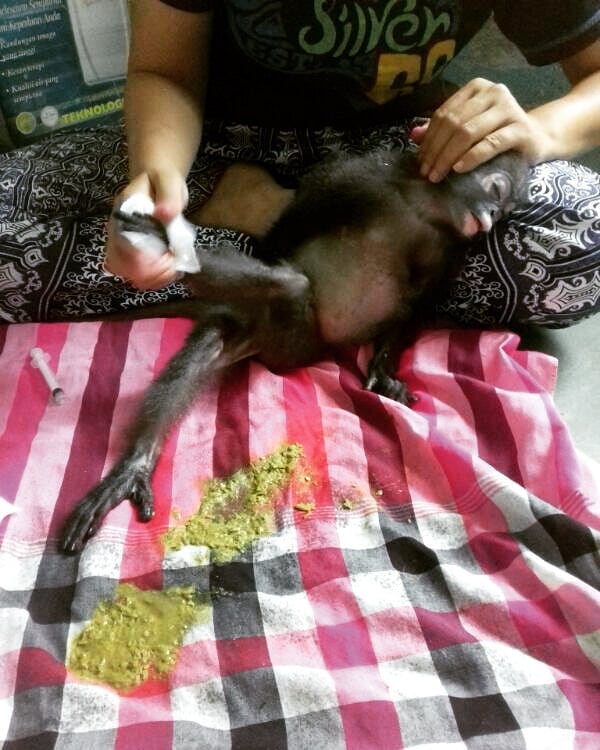 “You say you are an animal lover but did you know that your actions are killing these innocent creatures?”

“After being your pets, the Dusky Leaf monkeys can only live for a few months. That’s because they have a complex digestive system and many people do not understand how to feed them. Some of the food and milk given to them are unsuitable and would actually slowly kill these creatures.”

“Please think before you buy because you are actually killing them when you do so!” 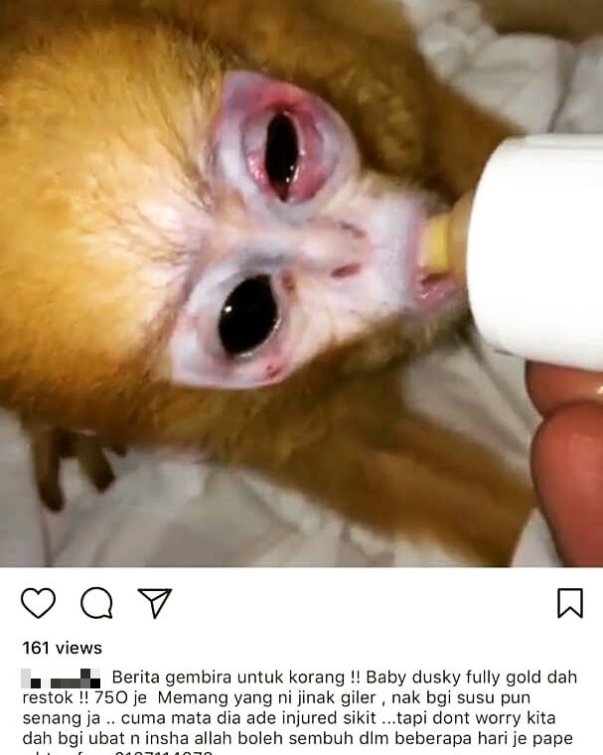 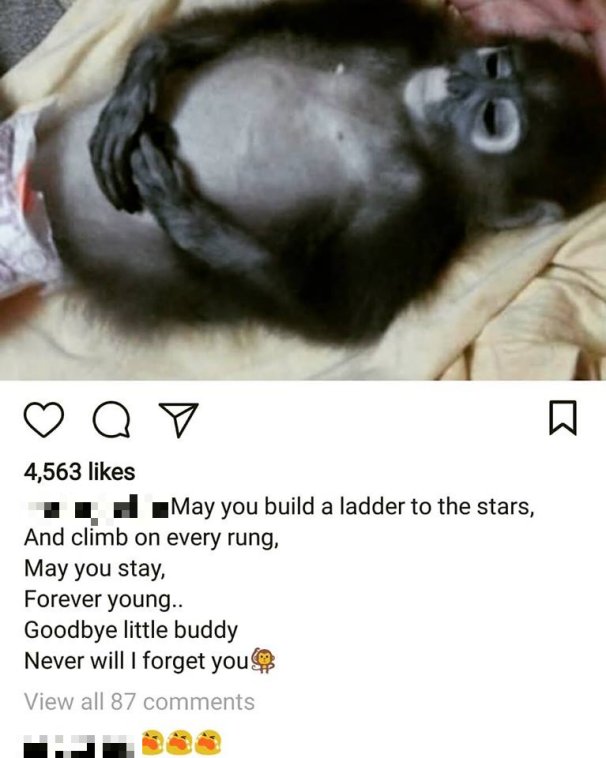 In her post, she includes a few images showing several social media accounts that sell these monkeys and are endangering the population. One of the photos shows an injured baby monkey that she says was caused by poachers when they hunt for the babies and separate them from their mothers. Cruel! There were also some photos of dead Dusky Leaf monkeys that were shared by their previous owners.

Bam’s post has been shared more than 3,700 times as netizens sympathised with these poor animals and condemned the sellers for their cruelty.

If you really want an adorable furry animal as a pet, adopt a homeless animal from the numerous shelters all over Malaysia or even better yet, donate to them! 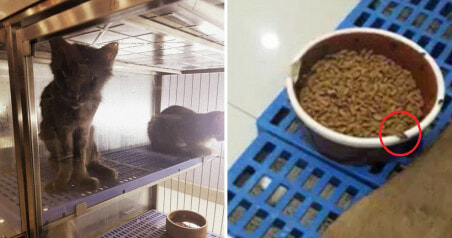