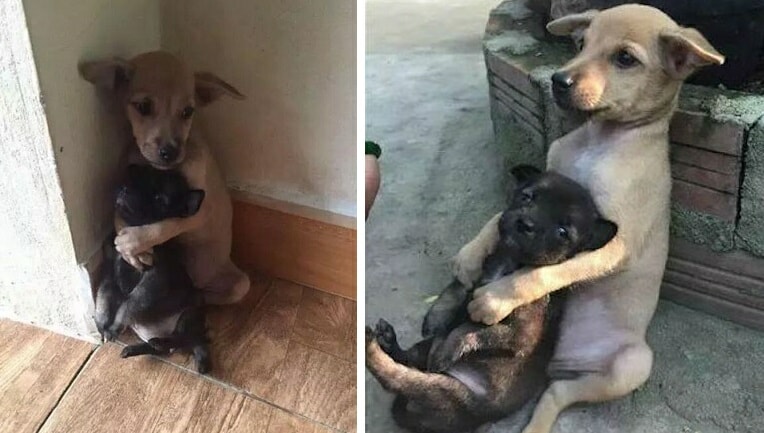 Two adorable little puppies have made it viral all over the Chinese Internet after images surfaced of one puppy seeming to hug the other around its arms as if to shelter him from the harsh world of the streets.

The tiny embrace of companionship, love and support is just so tear-jerking.

Chinese netizens have poured out their empathy:

“How can people be so cruel? They shouldn’t have bought the dogs in the first place if they weren’t able to take good care of them!” one Weibo user wrote.

After gaining fame on the Internet, the puppies have been adopted by Buddhist nuns after realising that the two were abandoned on the street.

Rather fortunately, the puppies are now in good hands and can rest in peace together for all the rest of their blissful puppy days.

We’re just so thankful these puppies are now surrounded by a loving environment, and didn’t find their way to the controversial Yulin Dog Meat Festival. That would be too cruel of fate 🙁