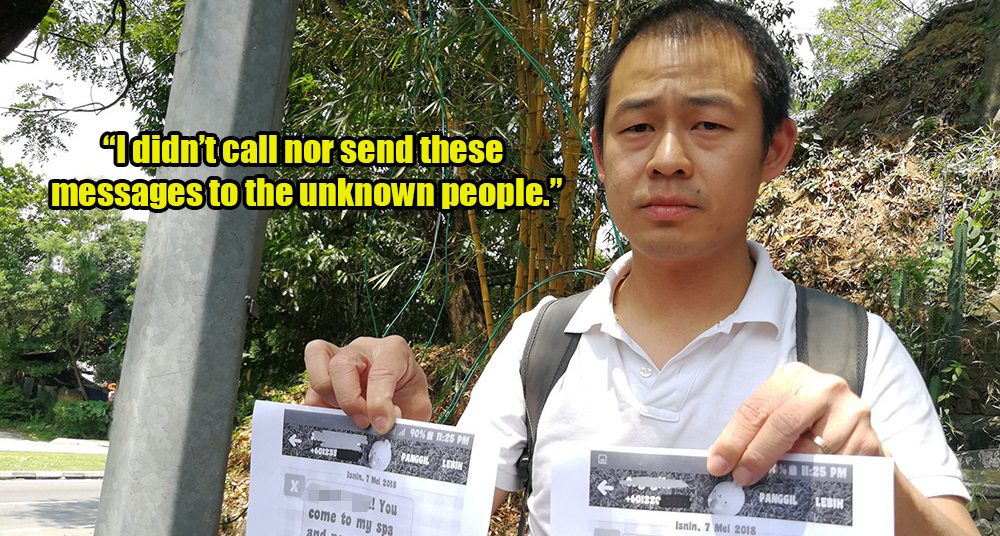 Malaysian citizens are playing their part in this GE14, not only as voters but as volunteers as poling agents. However, even such selfless actions can be turned against them, like this recent case.

A polling and counting agent (PACA) who suspects that his hand phone was hacked has lodged a police report after he realised nonsensical messages were being sent to the public from his mobile.

Adrian Yeo, 36, PACA chief coordinator for Pakatan Harapan in the Bukit Lanjan state seat, reported that he had received over 30 calls and messages from unknown people since last night. He was scolded for allegedly sending crude messages to them, reported Malaysia Kini. 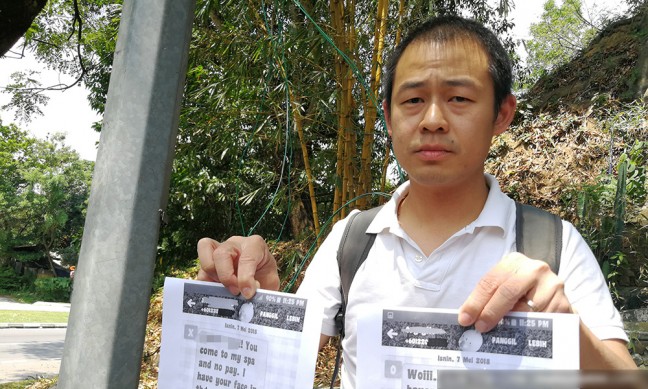 Among others, he was blamed for asking people to pay up their unpaid debts in his messages, and for pestering them to pay up after visiting his spa. He was also accused of throwing rude remarks at the public.

“I didn’t call nor send these messages to the unknown people. This was done by certain quarters,” he told reporters after lodging a report at the Gombak district police headquarters.

“Those who received these calls and messages were angry, some even threatened me and my family,” Yeo said.

He assumes that his phone number was hacked last night, at 11.30pm.

Yeo added that he became worried about the safety of his family and himself when some anonymous people had asked for his location.

“This shows the kind of gutter election strategy adopted. This is hitting below the belt,” he said.

Yeo thinks that this is a strategy to stop people from voting for Pakatan Harapan candidate for Bukit Lanjan, Elizabeth Wong, by angering them with the messages and phone calls.

Wong had accompanied Yeo when he went to lodge the report. They also plan to lodge another report to the Malaysian Communications and Multimedia Commission (MCMC). 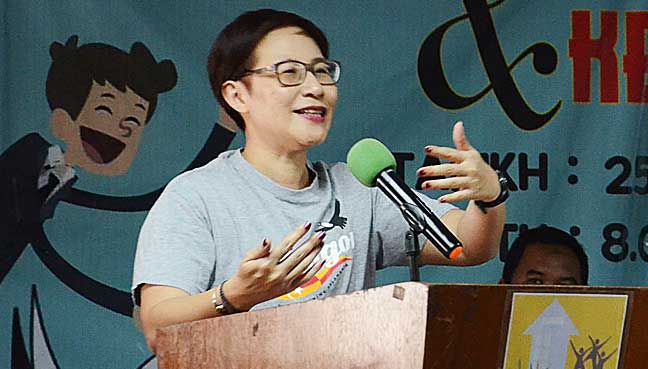 Meanwhile, Wong said that Harapan seeks to secure a smooth and peaceful transition if BN loses in tomorrow’s election, and added that peaceful transitions had taken place after the 2008 polls when the opposition took over five state governments.

“Compared with the last two general elections, the people are pretty calm this time, particularly in Selangor and Kuala Lumpur. I noticed things were similar in Malacca, Perak and Pahang,” she said.

Anything can happen from now until election day, with GE14 happening in less than 24 hours. Let’s just hope things remain calm.

Also read: Is Marking Your Ballot Papers with a Dot or Line Really Considered ‘Undi Rosak’?