As Polling Day is fast approaching, Malaysians everywhere are feeling the excitement and anxiety of casting their ballots. Although many of us know the basic procedures of how the voting goes, there is still debate on what is really considered to be an ‘undi rosak’ or not.

So, we reached out to PACA and got all these uncertainties answered! Here we break down the simple rules to casting your ballots and what the guidelines are to ensure that your votes are considered valid.

What are the rules when casting your ballots?

The general rules when casting your ballots are very simple. All you have to do is:

See, fairly simple right? However, as simple as it seems, there are certain things to look out for to be careful that your votes aren’t counted as invalid.

How is a ballot considered invalid?

According to the EC guidelines, a ballot is considered to be invalid if the ballot paper:

However, there are certain exceptions whereby the ballots have to be accepted. The station master cannot refuse the ballots if:

Is marking anything other than an ‘X’ considered an ‘Undi Rosak’?

No, it’s not. In fact, it’s actually considered an ‘Undi Ragu’! What happens is that when there’s an ‘undi ragu’, the ballot will be shown to a panel of people who will then consider if it’s a valid ballot or not.

However, rather than worry about what types of markings can be used, you should always keep in mind to state your intentions very clearly on your ballot papers. That being said, according to the EC guidelines there are 39 different markings that can be taken into consideration when counting the votes. Take note guys, that this is merely a guideline for special cases. That doesn’t mean you should use them.

1. Markings that indicate a clear intention of the voter for a particular candidate 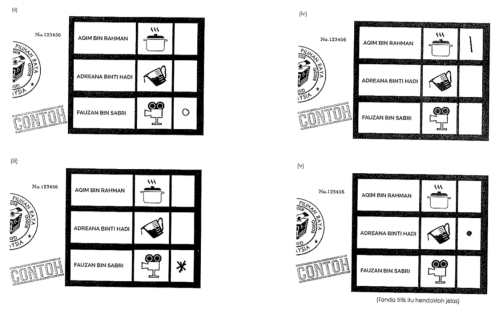 2. Markings on the candidate’s name 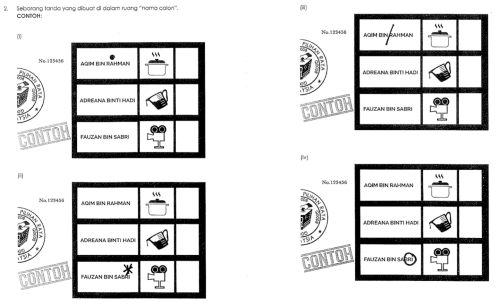 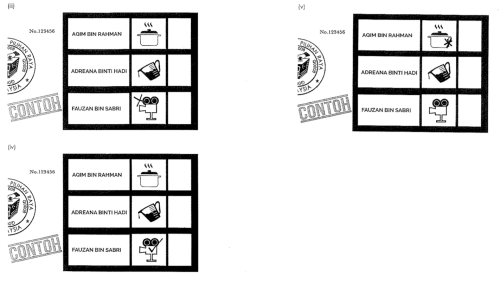 4. Marking more than once on the same candidate 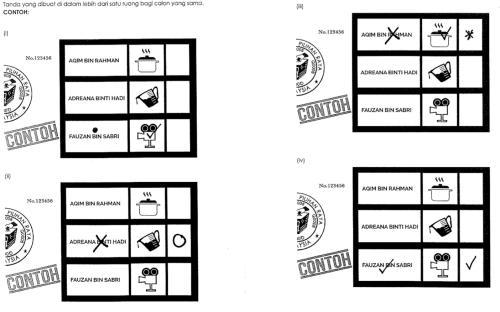 5. One or more markings in the same box of a candidate 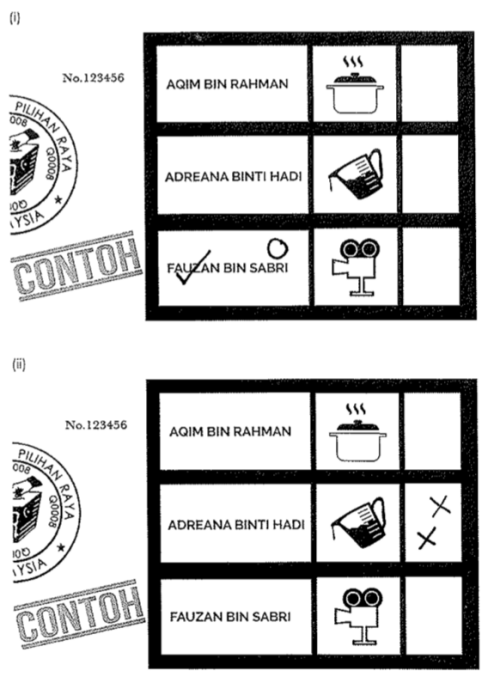 6. Markings outside the space of the preferred candidate but not touching a different box 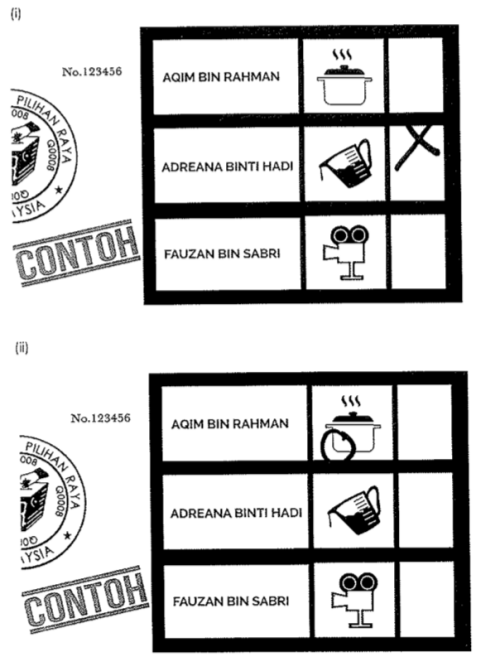 7. A ballot paper that is torn but the voting details are unaffected 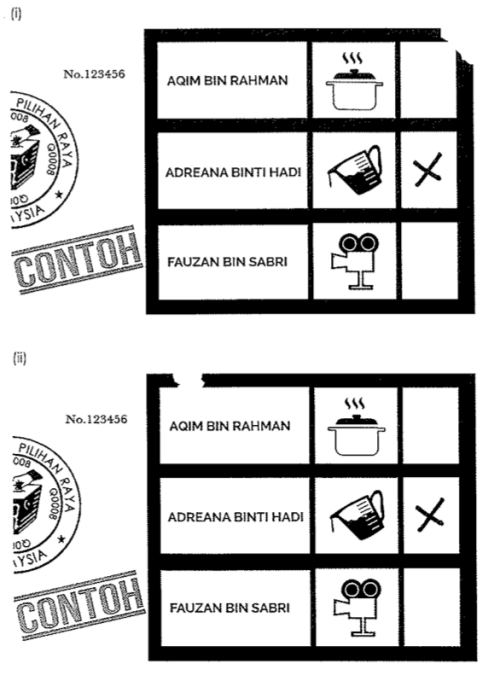 8. Fingerprint markings with the indelible ink 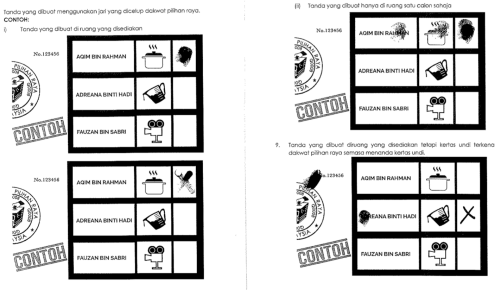 There you have it guys. Even though all of the above aren’t considered an ‘undi rosak’, just better be safe and mark your ballot papers with a giant X on your preferred candidate lah.

You’re now all equipped with the knowledge to go and cast your votes!

Have you familiarised yourself with the voting procedures on Polling Day yet? If you’re still a bit confused, here’s something to help you guys out:

ALSO READ: Head’s Up First-Time Voters! Here’s What You Can Expect on Polling Day 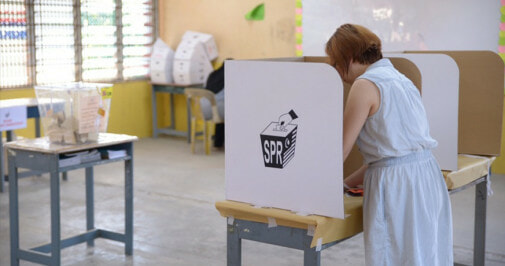