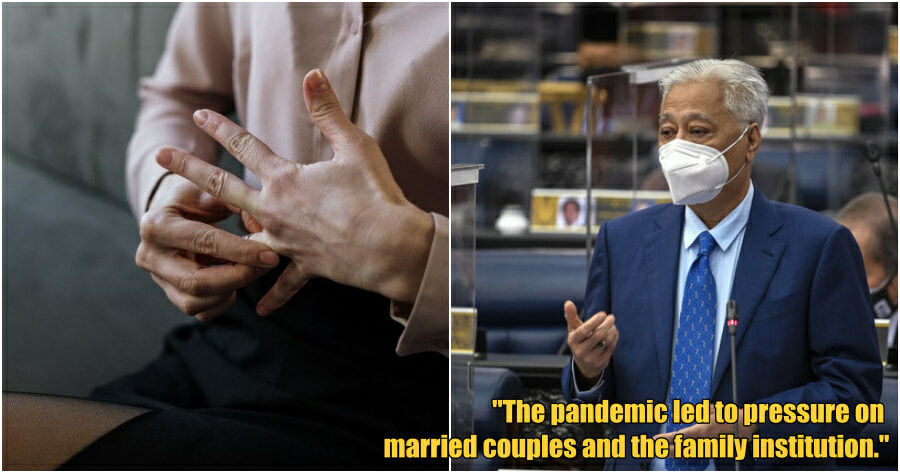 The Covid-19 pandemic has certainly created a range of hardships that people have had to endure. One of the most telling signs of its devastating impact is the insane amount of divorces that have been recorded ever since the start of the pandemic. The factors leading to the increase are said to be the economic and mental pressures within families as well as major disagreements on certain issues.

He added that a total of 10,346 divorces involved non-Muslim couples while 66,440 cases involved Muslims between March last year and August this year and said that data on divorce cases were based on the statistics provided by the courts and Syariah Judiciary Department. 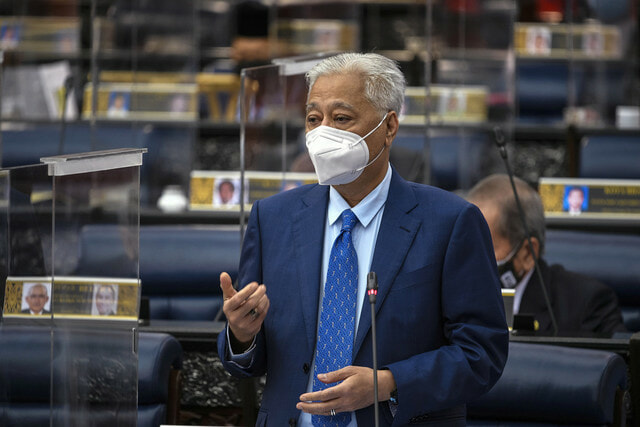 Ismail Sabri further said in his written reply to a question raised by Tampin’s MP Datuk Dr Hasan Bahrom on the statistics of divorce cases involving people in the rural areas during the pandemic, that out of the total of non-Muslim divorces, Selangor recorded the highest number with 3,160 cases followed by Kuala Lumpur (2,893) and Perak (1,209).

He also acknowledged that the pandemic and the subsequent lockdowns had undoubtedly led to pressure on married couples and the family institution. He said that, “The Covid-19 crisis led the government implementing the MCO since March last year and the community, particularly those at risk, were advised to stay home to prioritise their health and safety.

“Life under the new normal was seen to have impacted several aspects of life, especially the family institution.”

As the Women, Family and Community Development Ministry did not carry out any survey to identify reasons behind divorce cases, the Prime Minister said that the National Population and Family Development Board had conducted a survey titled “Burden and Challenges Faced by Parents Facing New Wave of Covid-19 Pandemic” this year to gauge the impact of pandemic on married couples. 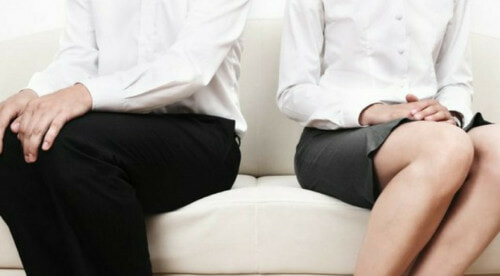 The survey involved 1,148 married couples with children from the ages of seven to 24 and was held between 5 March and 14 March.

“According to the survey, 80 per cent of the respondents started to feel the pinch, both economically and on their mental health, during the third wave of the pandemic and following the implementation of Movement Control Order (MCO 2.0).”

Furthermore, on the family’s economic aspect, 28 per cent of respondents stated that their financial situation has worsened compared to the previous wave of the pandemic and implementation of the MCO.

The survey also found that 84.1 per cent of the respondents suffered from emotional stress such as being anxious, nervous and worried during the third wave of the pandemic and implementation of the second movement control order. It also revealed that 63 per cent had suffered bouts of depression and the effects of it resulted in 20.4 per cent of parents saying that they have found it hard to control their temper.

“This was followed by difficulty in falling asleep (16.8%) or constantly having headaches and tummy aches (15.8%),” he added.

Also read: M’sian Wife Gets Vaccinated, Anti-Vax Husband Threatens To Divorce Her For Disobeying Him 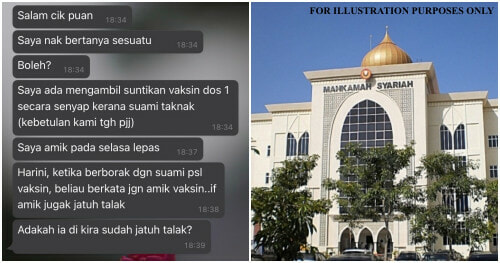