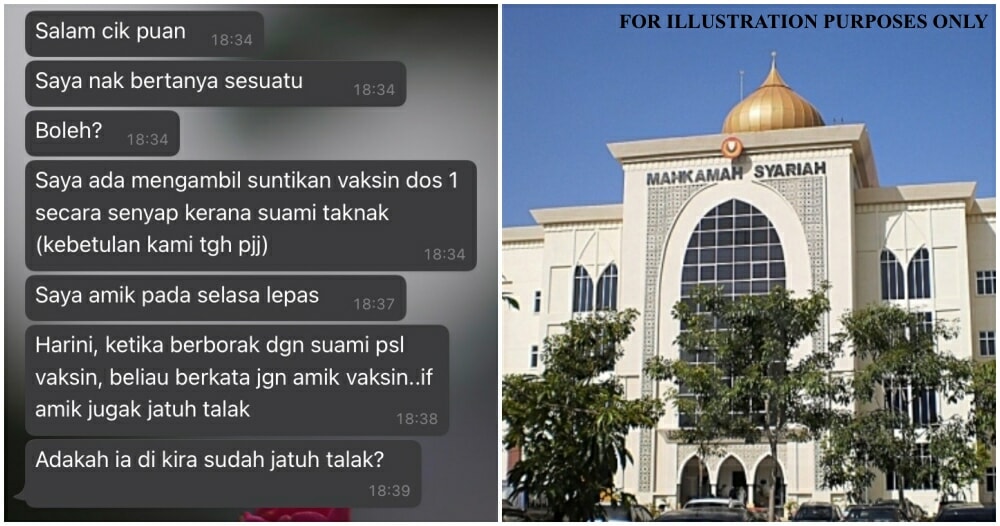 Recently, a screenshot of a conversation between a woman and her lawyer was circulated all over social media. The screenshot, which was shared on Twitter by the lawyer herself showed that the woman had reached out to her after he husband said he would divorce her if she were to take the Covid-19 vaccine.

According to Harian Metro, the housewife contacted the Syarie lawyer to confirm whether divorce could happen or is considered valid for such reason. 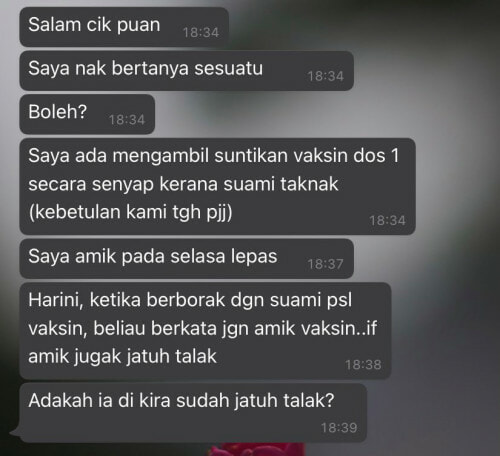 The lawyer, Maryam Wafda Kamilen from Messrs. Wafda & Associates confirmed with Harian Metro that such an incident did happen and gave more insight to the woman’s story.

As reported by Harian Metro, Maryam said the housewife took the first dose of the vaccine without her husband’s knowledge. As the couple is in a long-distance relationship, they later had a conversation over the phone about the vaccine and the man forbade his wife from taking it.

He then told her that if she disobeyed him, they would be divorced.

The case was not accepted at the law firm

According to Harian Metro, the case was not accepted by her law firm. Instead, she advised the housewife to refer the case to the Syariah Court for confirmation.

Maryam also shared that she had encountered four other cases with the same issue since the outbreak of Covid-19 and the need for people to get vaccinated. 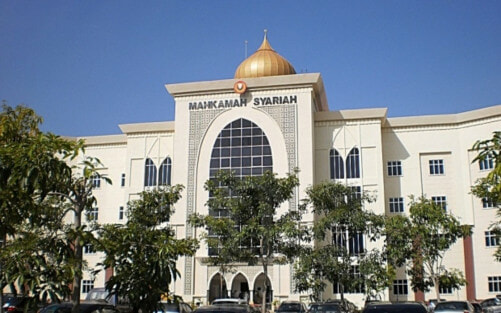 She also said that she and her team are ready to offer their services to all housewives facing the same situation. She added that these housewives in such situations should immediately file the case in the Syariah Court.

Also Read: Anti-Vax Couple Arrested After Showing Off How They Dined-In Without Vaccine Certificate 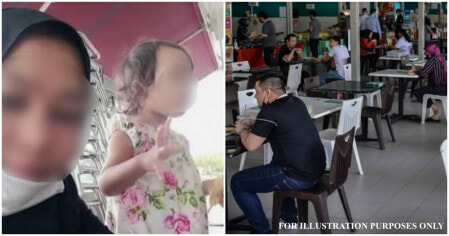