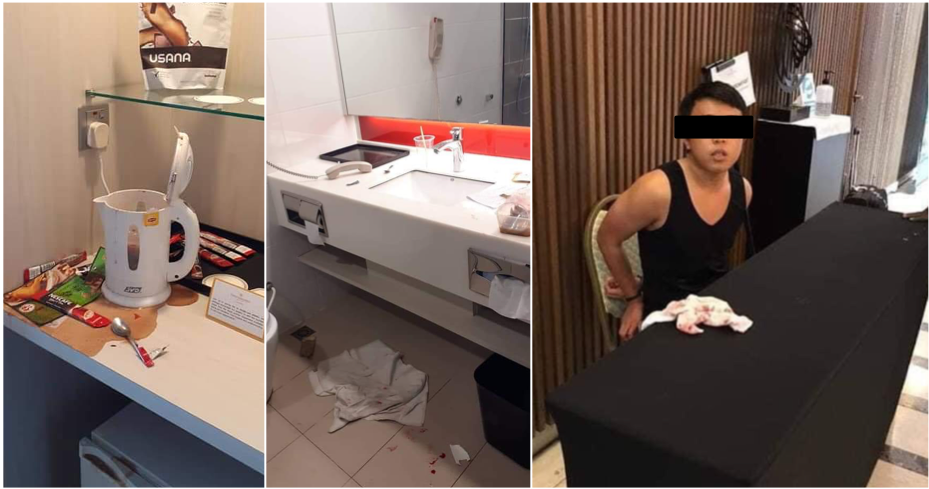 We do believe that the government and the agencies involved have done their best to protect the welfare of Malaysians during the MCO.

In fact, those who have returned have been placed in comfortable hotels that are converted to quarantine centres. This is to ensure they can serve their quarantine time comfortably as the government knows that being held in a room for 14 days can be a bit stressful. 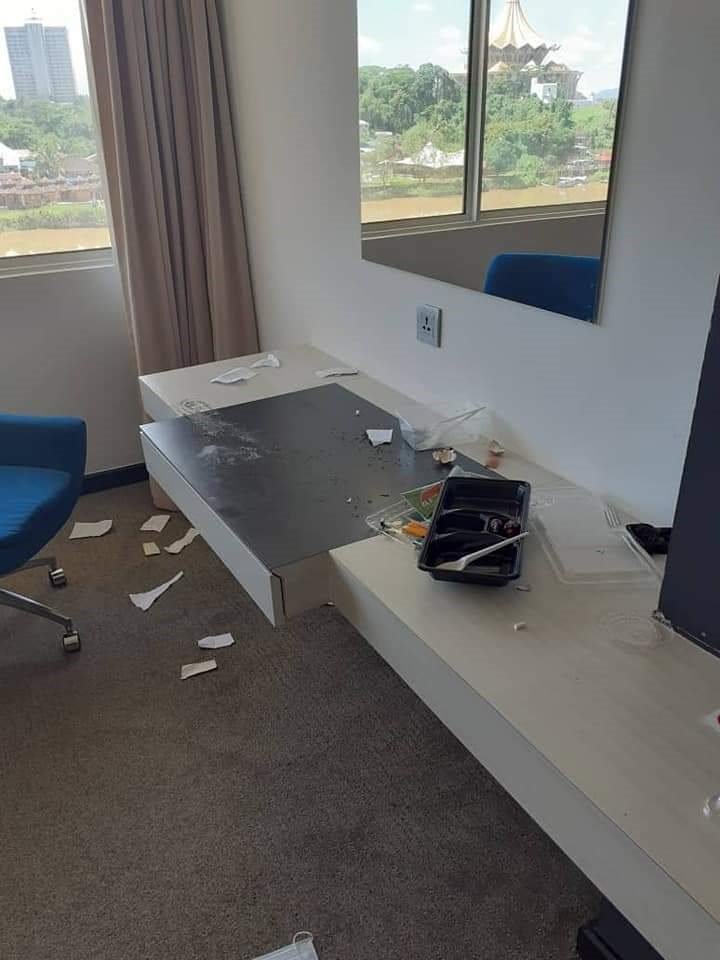 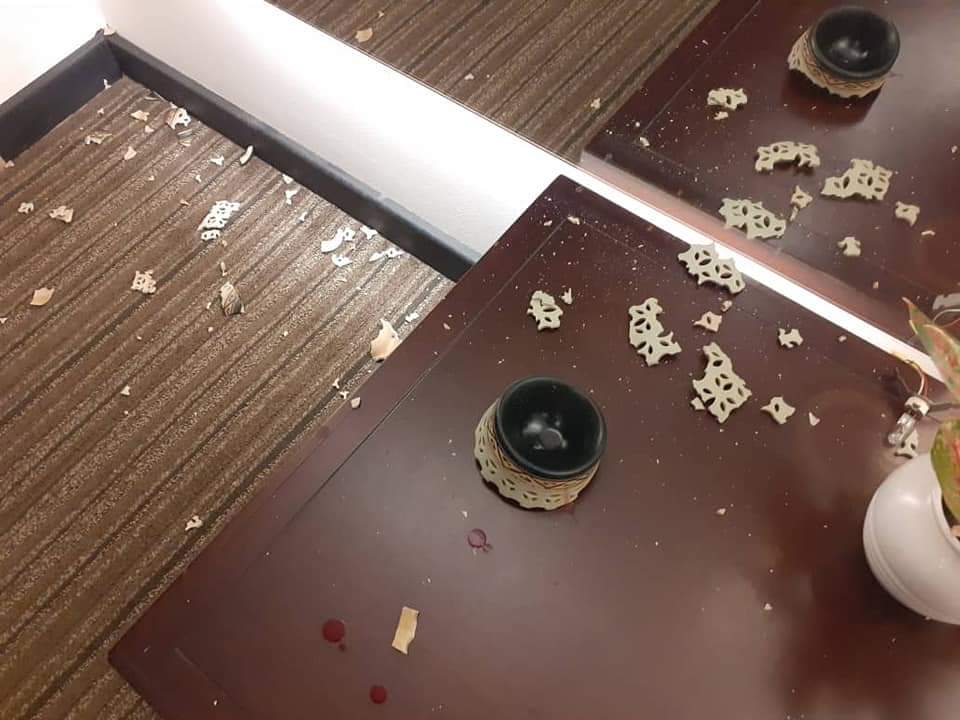 However, a man went on a rampage and destroyed the room he was quarantined it. This incident came to light after a set of photos of a hotel room in Sarawak had gone viral. 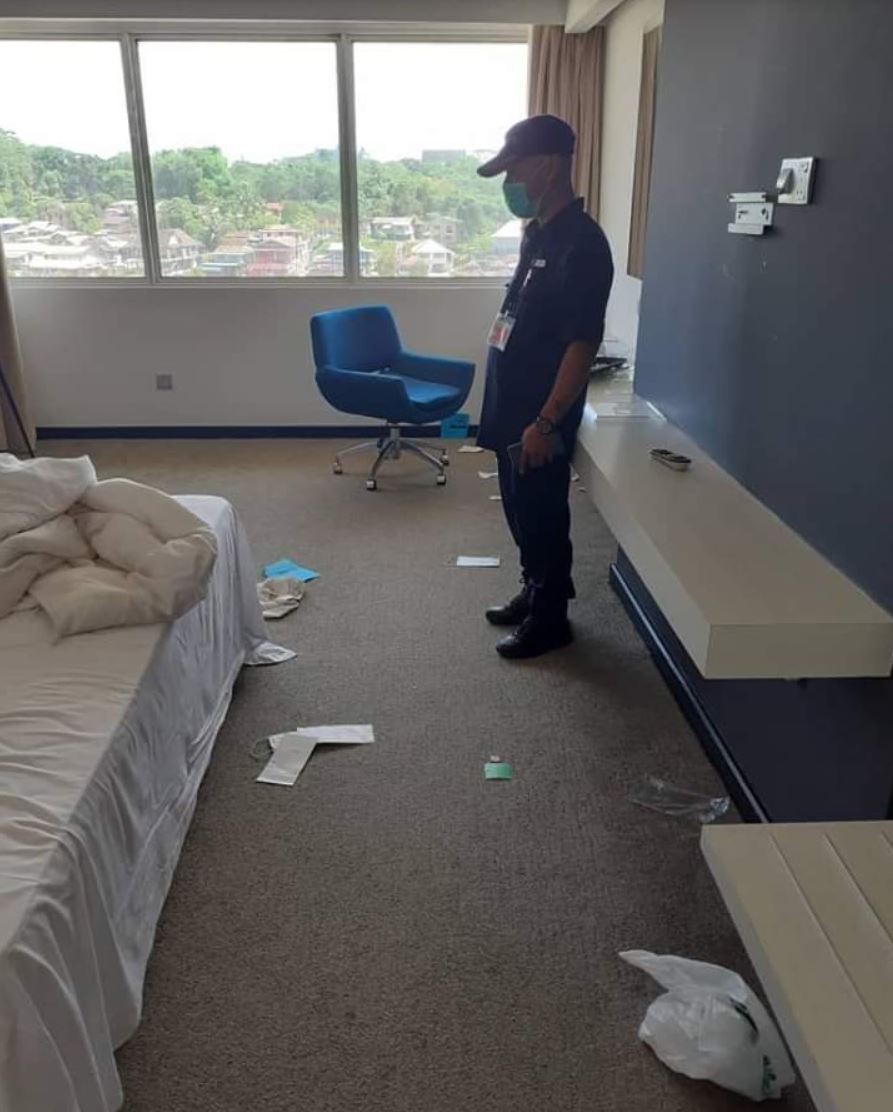 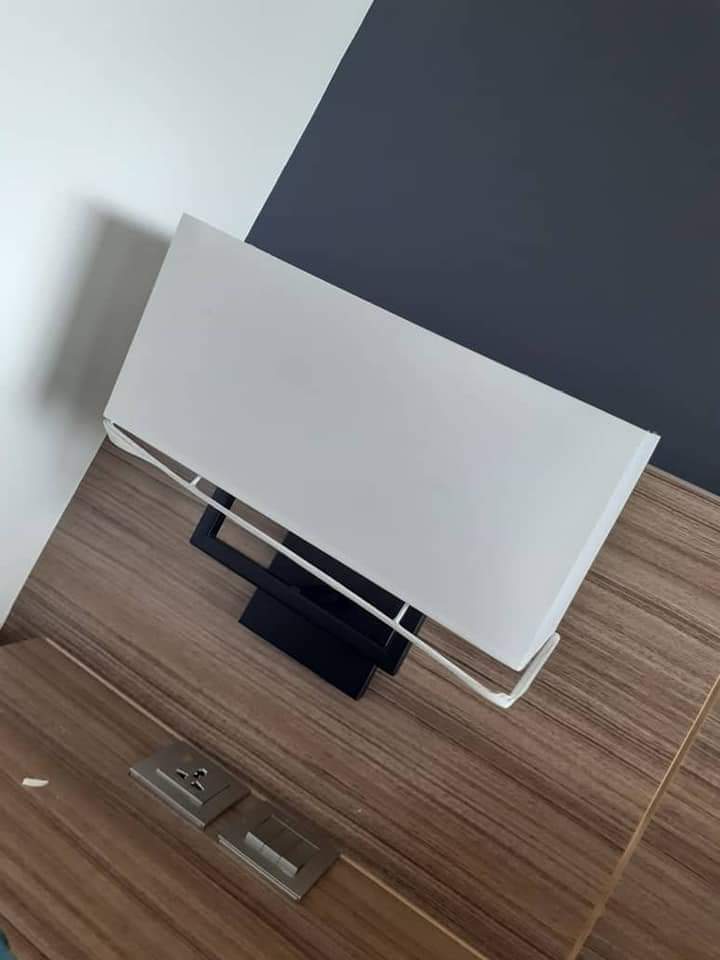 As shown in iloveborneo.my, the hotel rooms that are converted into quarantine centres are fully funded by the Sarawak government and when something like this happens, it really shows the lack of appreciation for the things that have been done by those who are just trying to help.

Generally, netizens are furious about the incident with the majority of them demanding that the individual be exposed and charged for this misdemeanour. This kind of bad attitude not only undermines the goodwill of the state and the nation but also impede the goals of such initiative. 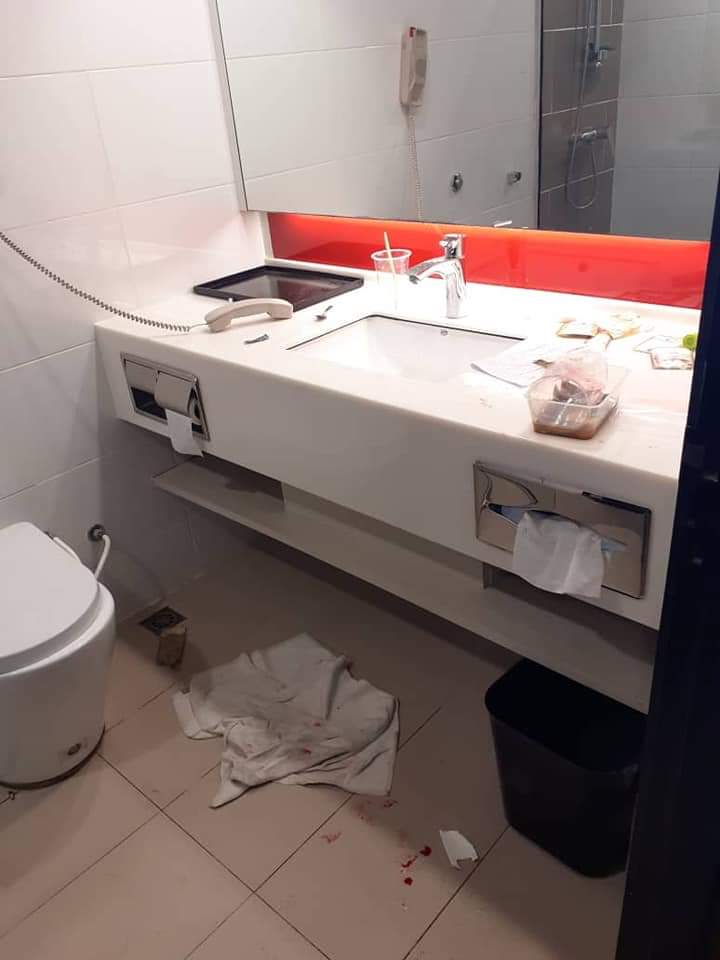 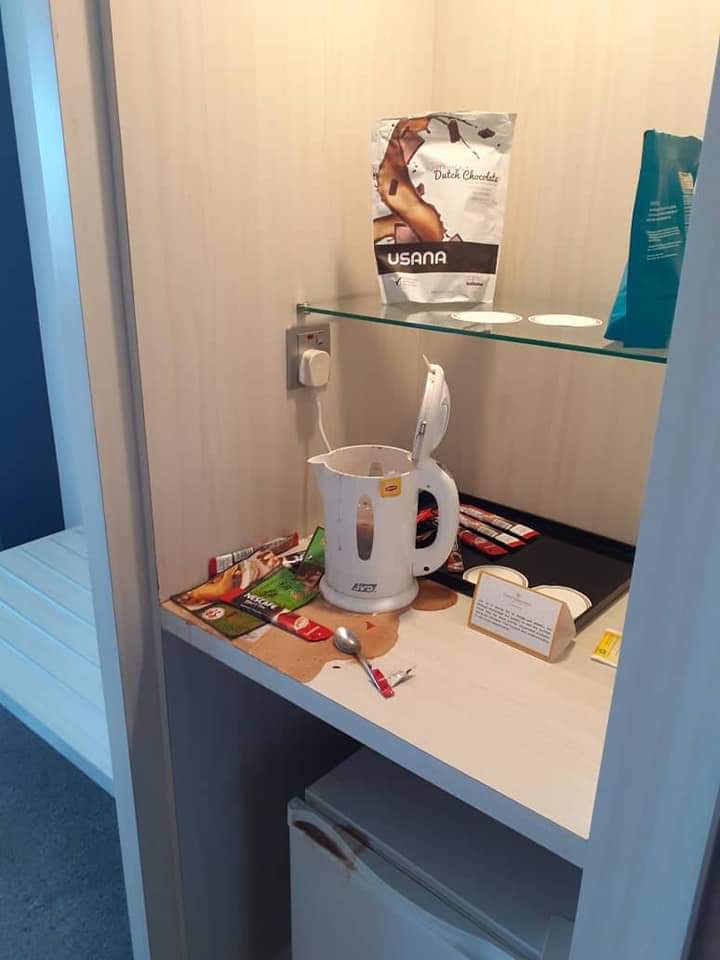 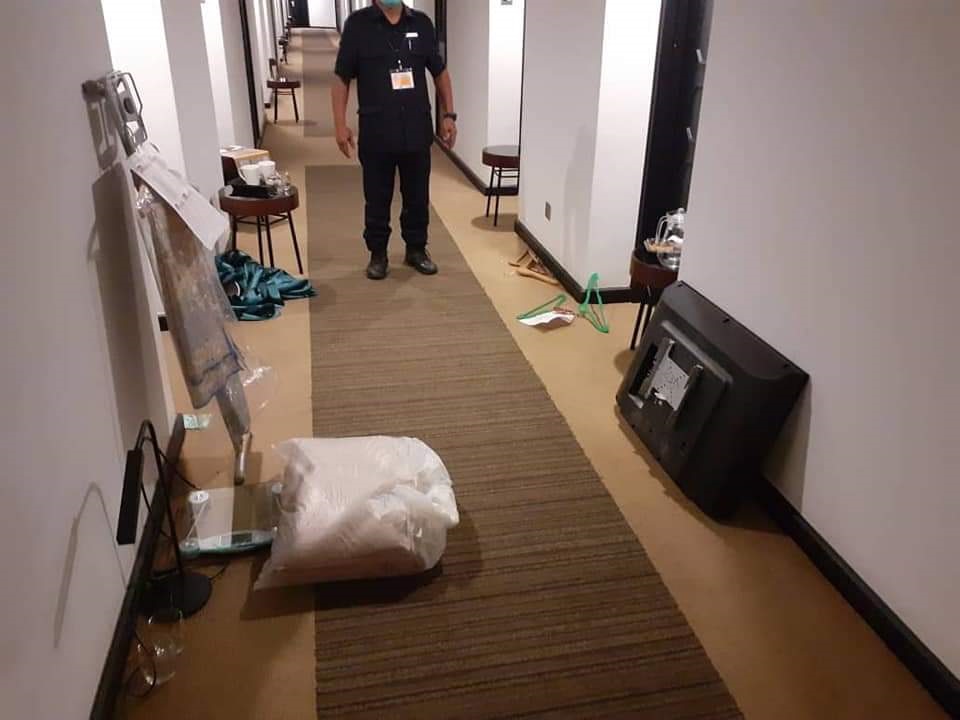 A video of a man who was the culprit for all the destruction was later shared and had also gone viral as he can be seen verbally abusing the medical staff who was trying to check on his injuries after he hurt himself while making a mess in his room. He can be heard saying things angrily and making demands to get out of the hotel.

Some netizens however, are claiming that the man is suffering from a mental condition after he was involved in another incident a few years back. The 24-year-old Stanley Kho got lost in the forest of Mount Singai for 7 days and fortunately, the rescuers managed to find him. 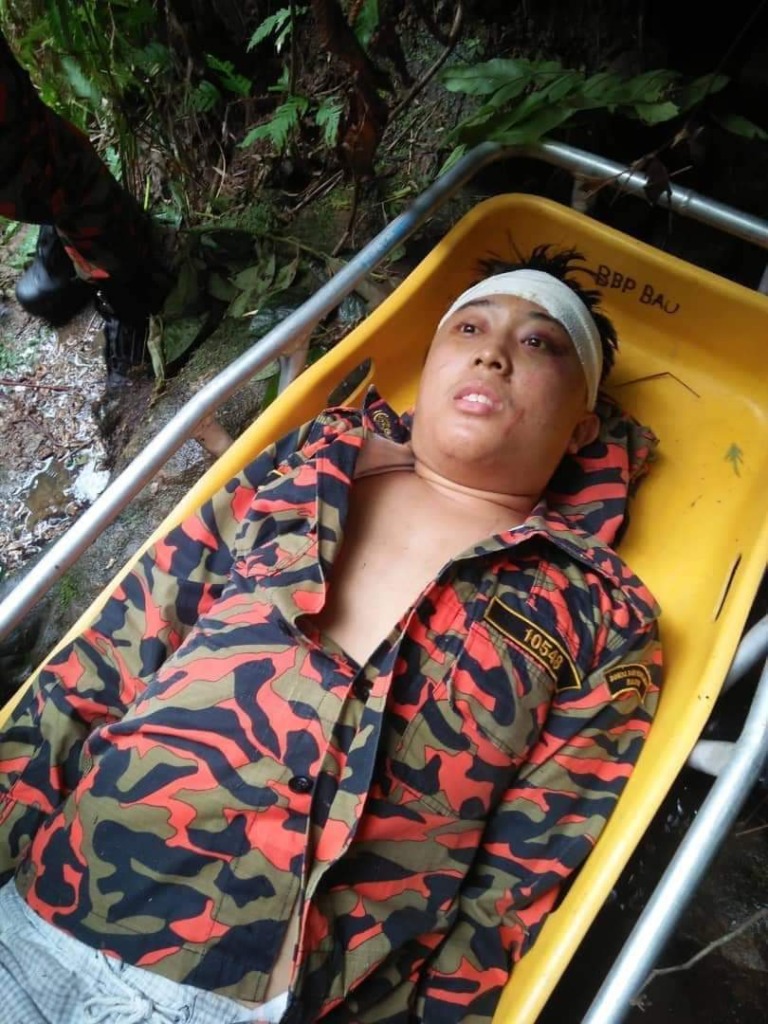 As reported by The Borneo Post, he has now been arrested by the police after he started a fire in the hotel lobby with a bottle of hand sanitiser. Kuching district police chief ACP Awang Din Awang Gani explained that he was acting strange and wandered around the hotel aimlessly as well as destroying the room where he was staying in. 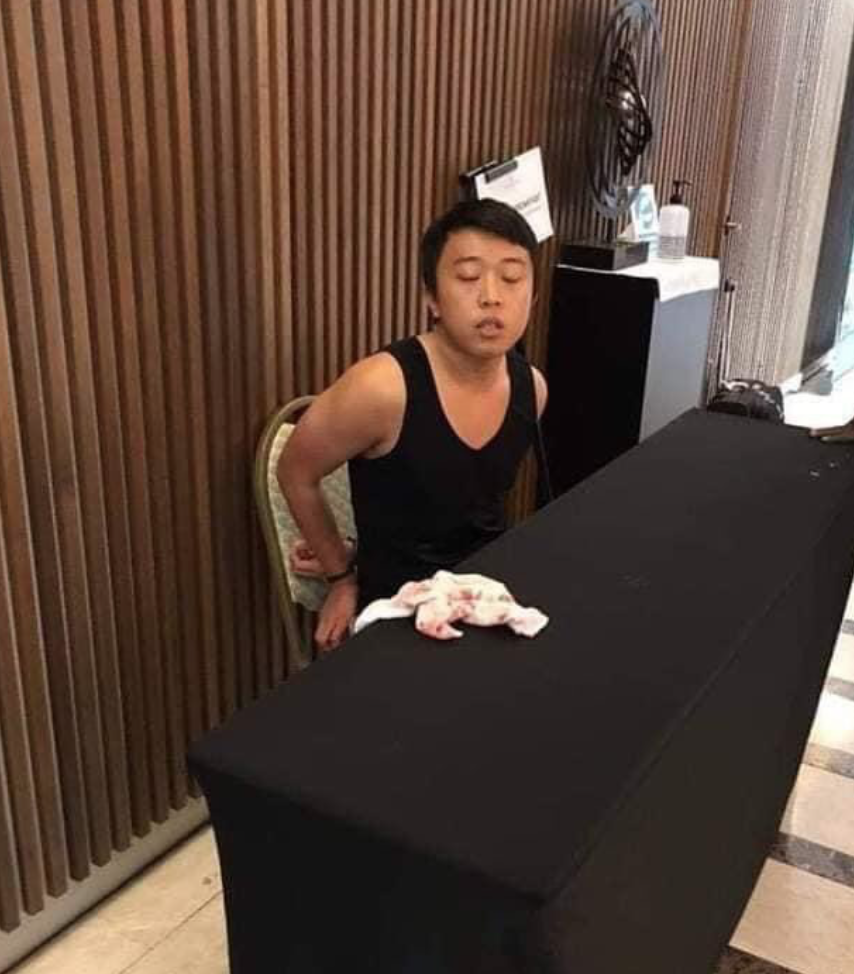 Hopefully he gets the help needed for his condition for his own safety and the safety of the people around him. For everyone else, we do understand that it can be stressful to be stuck in a room for so long but this is something that we need to do to ensure the safety of everyone. We would not want to start another cluster which will put more stress on our front-liners. We have so far managed to flatten the curve but the war against the pandemic is not over yet. Let’s do whatever it takes ok?

Also read: Health DG: Barbershops And Hair Salons Not Cleared To Open Up Just Yet 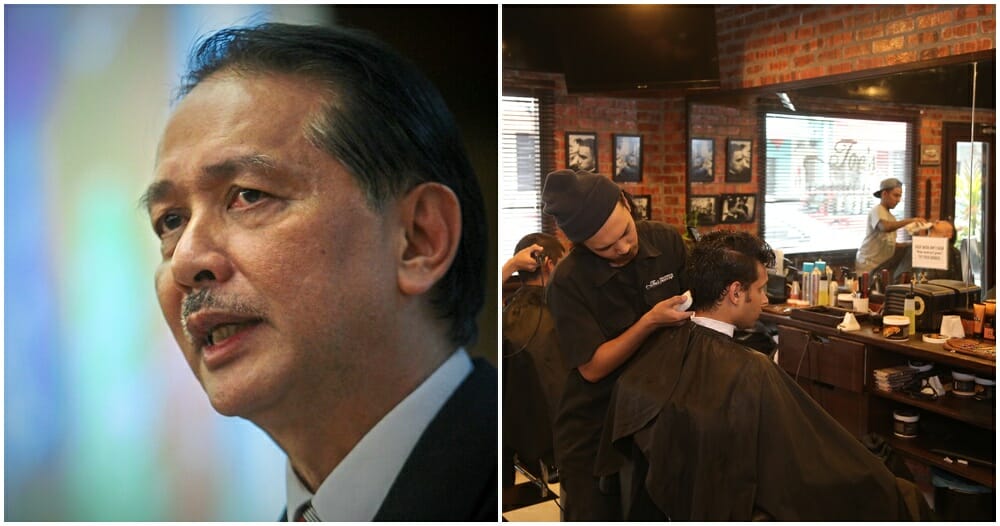