A newborn baby boy from northern Hai Phong City, Vietnam, has gone viral on the Internet after several photos show him holding an intrauterine device (IUD) in his hand right after being born.

Obstetrician Tran Viet Phuong took the photos which were posted on Hai Phong International Hospital on 30 June and has since gained tremendous online attention.

In the photo, the baby boy is seen with his eyes closed while holding an IUD, a contraceptive that prevents pregnancy by stopping sperm from reaching and fertilizing eggs, according to Web MD. 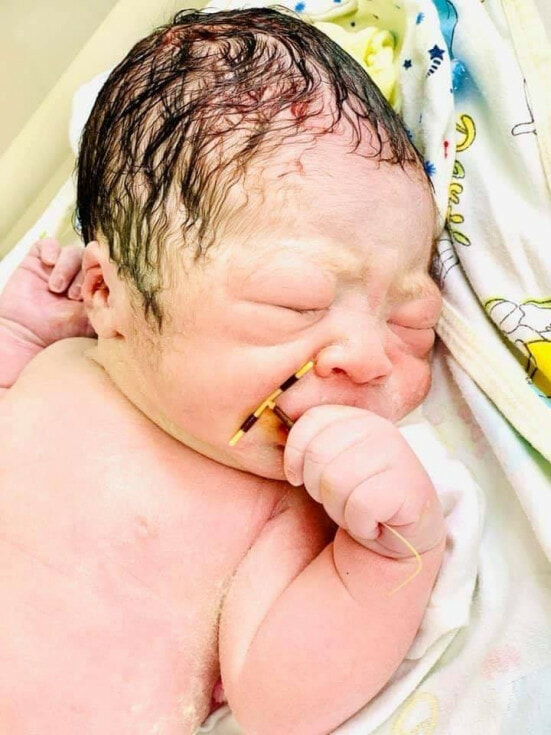 Tran Viet Phuong said that when the boy was born, the device came out with him and he grabbed it.

“After delivery, I thought him holding the device was interesting, so I took a picture. I never thought it would receive so much attention,” he said, as reported by VN Express.

The 34-year-old mother who has two kids had inserted the IUD into her uterus at a local hospital two years before discovering that a five-week-old fetus had formed in her womb, at the location of the device.

The baby boy was born on 30 June, healthy and weighing 3.2kg. 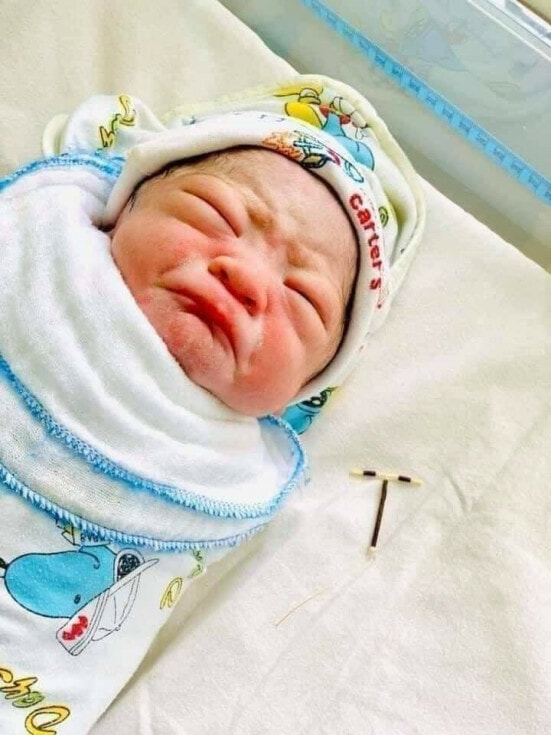 While the IUD is one of the best birth control methods out there with 99% effectiveness, a woman can still get pregnant if the device moves out of place, according to Medical News Today.

Netizens were amused by the photos with many saying that the little baby was meant to come into this world.

“Dear little bub, he was meant to be here, and he found a way.”

However, many netizens are saying that the photo was staged and that the IUD was placed into the baby’s hand.