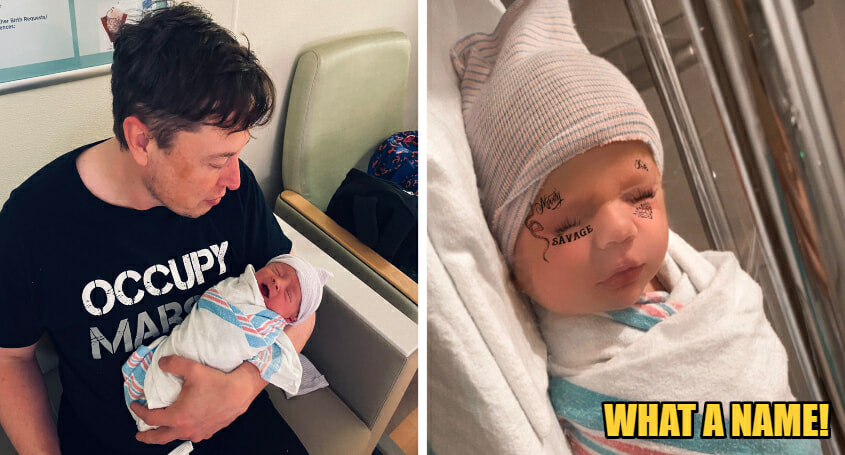 Ever feel like you would never find your name on a key chain, or that most of the time, people can’t even pronounce it right? I have, and maybe so will the child of the CEO of Tesla.

Recently, Elon Musk, the billionaire Tesla CEO and his girlfriend had a baby together. According to the Independent, he replied to a tweet on Twitter revealing that his girlfriend was in labour, adding that both mother and baby boy was doing okay.

Things got interesting when a user asked him to reveal the name of his baby, to which he replied “X Æ A-12 Musk”. Whether it was the truth or a joke, users rushed to question how would the name be pronounced.

One user got creative and suggested that the name would be X Ash Archangel. She explained, stating that Æ is pronounced Ash in the Scandinavian alphabet and A-12 could be a reference to the Lockheed A-12, a CIA aircraft code named Archangel. Her explanation tweet was then liked by Musk.

Later after that, Grimes, mother of the baby explained that, that truly is the baby’s name, according to People. In a tweet, she further explained what the name meant.

“X, the unknown variable, Æ, my elven spelling of Ai (love &/or Artificial intelligence), A-12 = precursor to SR-17 (our favorite aircraft). No weapons, no defenses, just speed. Great in battle, but non-violent.” she wrote.

Grimes also added that the “A” in the name also represents “Archangel” (her favourite song) while the number “12” stood for the Chinese zodiac sign of the rat.

•X, the unknown variable ⚔️
•Æ, my elven spelling of Ai (love &/or Artificial intelligence)
•A-12 = precursor to SR-17 (our favorite aircraft). No weapons, no defenses, just speed. Great in battle, but non-violent 🤍
+
(A=Archangel, my favorite song)
(⚔️🐁 metal rat)

What an extremely unique name. Congratulations to the happy couple, but to be honest all we can think about is how interesting of a life that kid is going to have.