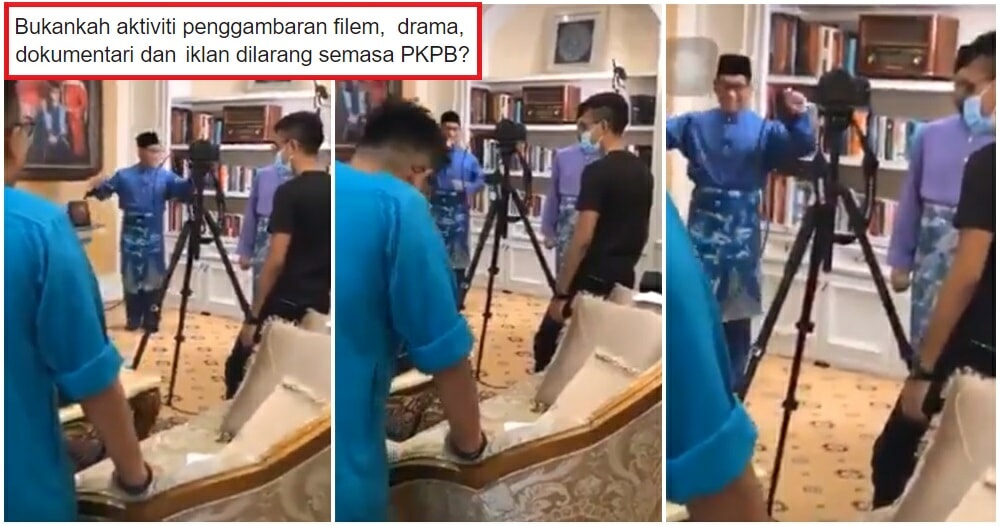 Perak State Minister, Datuk Seri Ahmad Faizal Azumu, was recently dragged on Twitter for allegedly violating the SOPs of the MCO while filming a shoot on 20th May.

In the video, that has now amassed hundreds of likes and retweets, the State Minister can be seen dancing and singing into a mic, alongside a production crew. The minister was noticeably without a face mask, in the presence of three other individuals.

The video was captioned, “Isn’t filming, drama, documentary and advertising activities prohibited during the CMCO? Will the Attorney General’s Chambers take action against the State Minister of Perak?”

While it was recently announced by Communications and Multimedia Minister, Datuk Saifuddin Abdullah, that the local film industry will be given the green light to resume operations, this is only set to take place AFTER Hari Raya. Even with the resumption of operations, all are subjected to extremely strict SOPs (e.g. wearing face masks at all times, maintaining social distance of at least 1 meter) to prevent any Covid-19 outbreaks.

In the thread, Tanjong Malim MP, Chang Lih Kang added a screenshot of the said ruling-highlighting that filming activities are still prohibited for the time being. As for now, the State Minister has yet to comment on the situation. 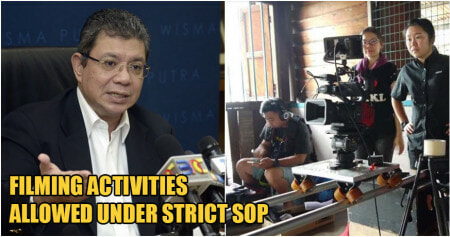