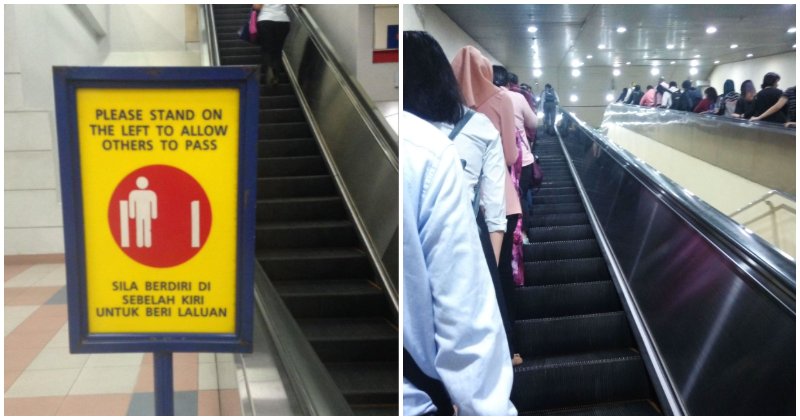 One of Malaysians’ biggest pet peeves is when people stand on the both sides of the escalator, blocking those who prefer to walk the escalator instead of just standing.

But it turns out that, those standing on escalators are doing it right.

Multiple countries including London and Hong Kong have tried to encourage their communities to not walk or run on escalators as allowing people to walk on an escalator can be dangerous and lead to accidents.

According to CityLab, the Japanese Escalator Association in Tokyo found that, of the 1,475 escalator accidents in the city between 2013 and 2014, more than 880 were a result of people riding it improperly. 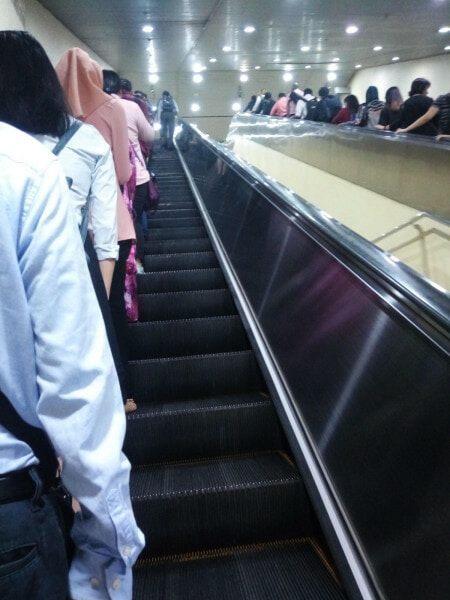 In fact, for those who are truly in a hurry and can’t stand still, the East Japanese Railway Company (JR East) recommends taking the stairs instead.

The Londonist also added that if the concept of walking lanes on escalators are abolished, the escalator can carry more people at one go. 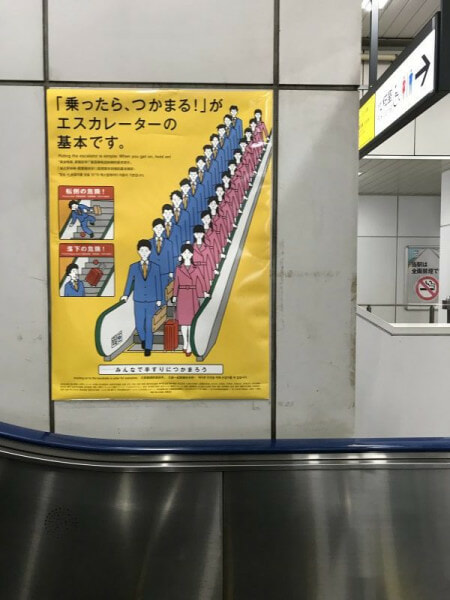 The standing-only escalators can carry an average of more passengers per minute, compared to the ‘normal’ escalator, where people are both walking and standing. So, having people stand on both sides of the escalator increases it’s capacity and reduce delays.

Hence, considering how much us Malaysians enjoy rushing around, who knows, maybe standing on an escalator instead of sprinting it might save you more time and potentially, your life.

What do you guy think of this? Let us know in the comments section!

Also read: Here’s Why Escalators Have Brushes on Their Sides & No, It’s Not to Cuci Your Kasut 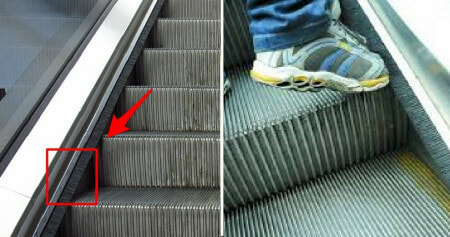