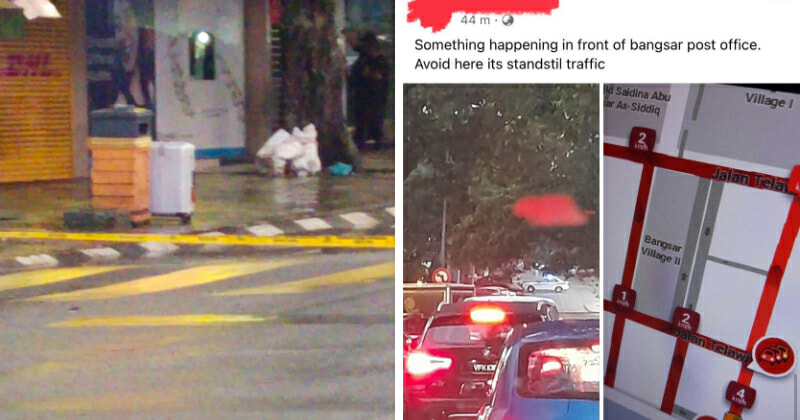 Source: The Republic of Bangsar/Facebook.
ShareTweet

The road in Jalan Telawi, Bangsar within Kuala Lumpur has reportedly been cordoned off with many people there posting online regarding the unusual heavy traffic in the area. As of the time of writing, traffic in Bangsar is currently at a standstill with many netizens posting online suggesting that something is amiss near the post office there. 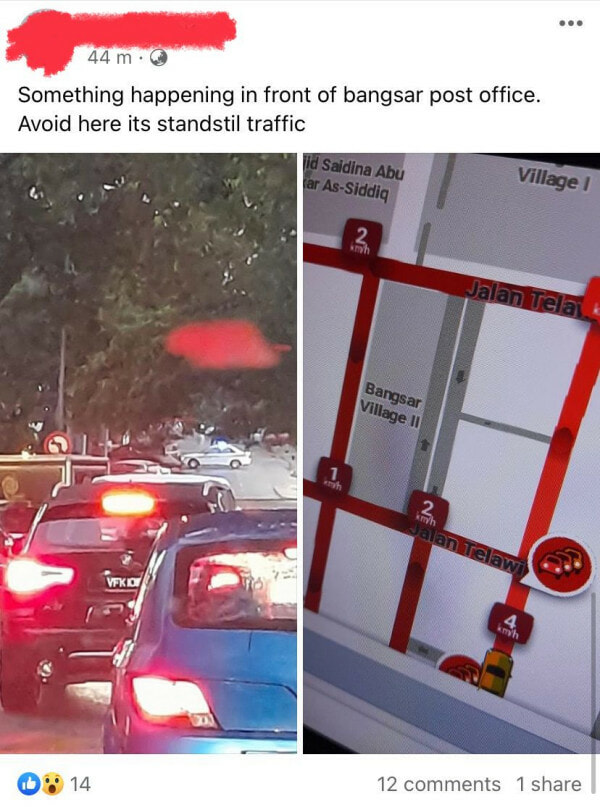 Furthermore, a netizen has since shared on a Facebook group called ‘The Republic of Bangsar #TROB’ saying that the Jalan Telawi road in Bangsar is currently closed to the public due to an alleged bomb threat.

The Malaysian shared a photo taken at around 6pm today in front of the closed off road in which a white suitcase is visible near the police line shutting off the road. The white suitcase can be seen in front of an orange dustbin and is alleged to have been a potential bomb threat. 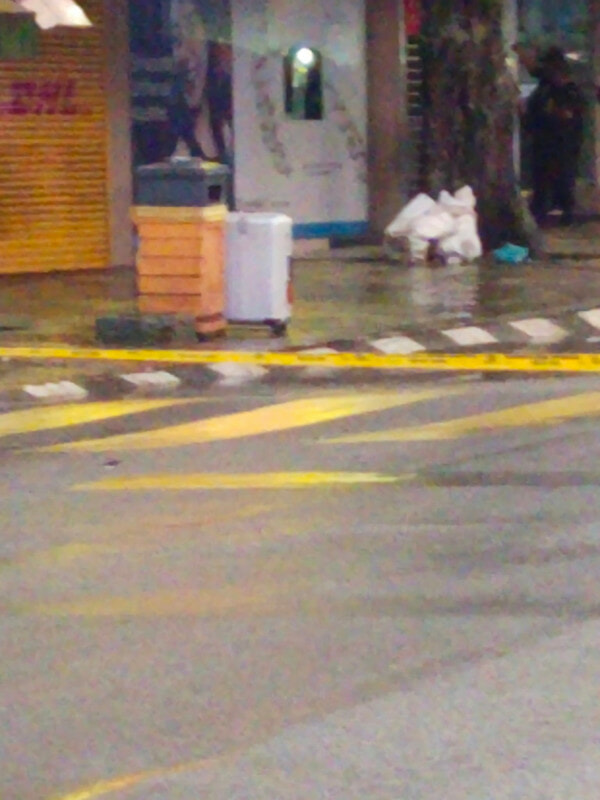 Authorities in the area have yet to make any announcement regarding the alleged bomb threat or as to why the Jalan Telawi road is being cordoned off. We would advise anyone planning to visit Bangsar or nearby to find an alternative route as the traffic is still currently at a standstill. 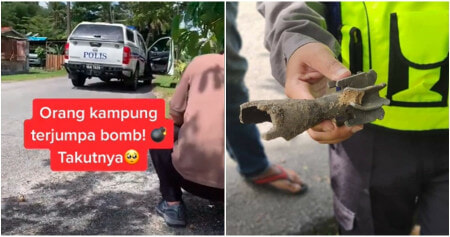