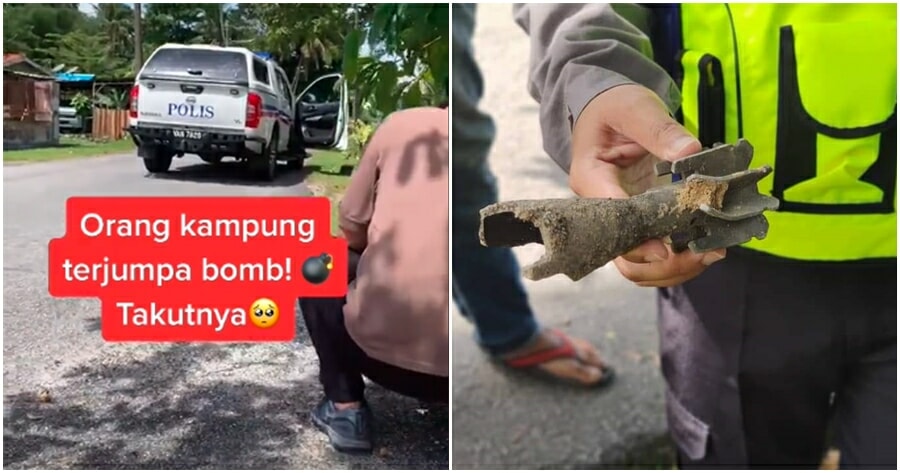 In a quiet and peaceful village, a bomb would be the last thing in anyone’s mind to be discovered.

However, the serenity of a village in Perak was temporarily disrupted when an unexploded bomb was found. On 10 October, a Tiktok user known as qasehazhar_ shared on her account and revealed an incident where a police vehicle was present with the caption that says,

“Was sleeping and villagers asked to come out with the kids because a bomb was found. I was so shocked!”

In the video, it can be heard that the countdown was done before an explosion was heard, indicating that the bomb was eventually detonated. 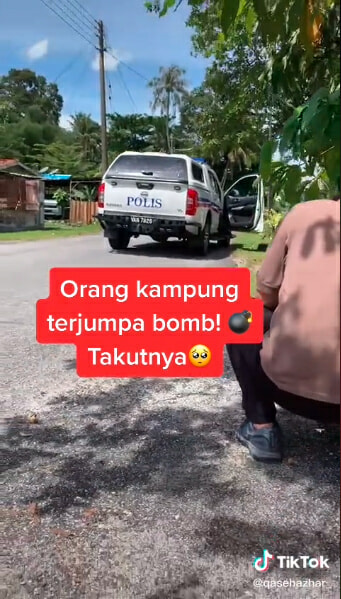 Speaking to WORLD OF BUZZ, Qaseh, the user who uploaded the video revealed that the incident took place in a village called Kampung Manjoi, which is in Ipoh, Perak.

The bomb was discovered by her neighbours who were cleaning the nearby river. One of the neighbours spotted the object and suspected it to be a bomb. He was initially unsure about it, so he reached out to his uncle to double-check as the latter is with the military.

Once the object was confirmed to be explosive, the matter was quickly brought up to the head of the village. The police were immediately informed as the safety of the villagers was among the biggest concern. According to Qaseh, she thought the discovery of the bomb was just a hoax but soon learn it to be nothing but the truth after the authorities were alerted. 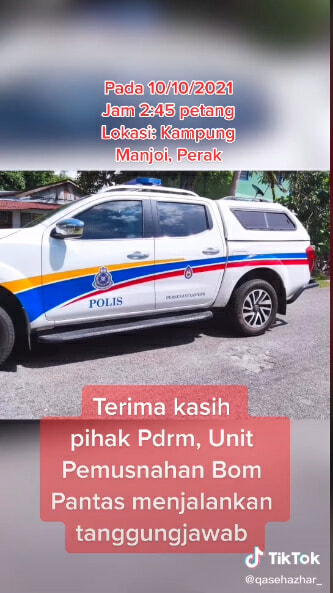 The police, as well as the Bomb Squad unit arrived at the village and the bomb was successfully detonated around 2 in the evening, without any reported injuries. The process took the squad the whole morning until the time it was detonated. 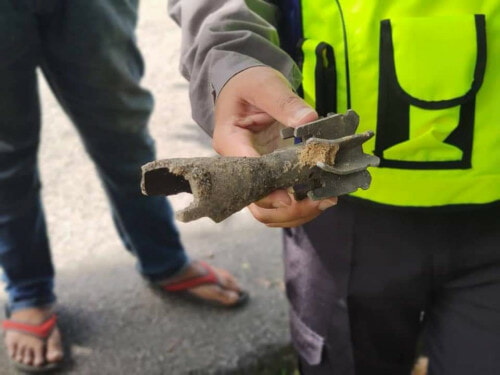 The police had also confirmed that the bomb discovered was a mortar bomb commonly used in wars. A day later, Qaseh posted another video on Tiktok summarizing the chronicles of the incident.

Also read: Fire Breaks Out At TNB Substation In Kuchai Lama Area, Cause Still Under Investigation 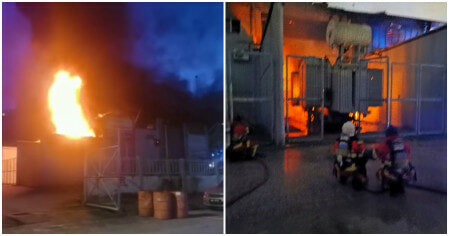