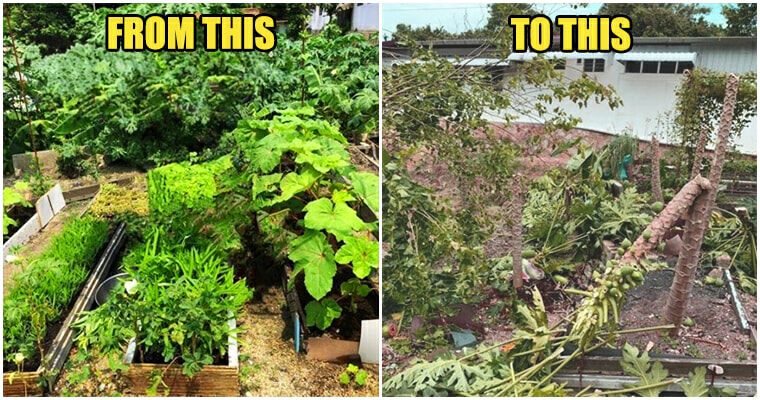 An anonymous Facebook user reached out to WORLD OF BUZZ recently and shared with us a situation that occurred within her neighbourhood in Penang that will break the hearts of many – and probably make many more really angry.

According to her, there was an abandoned piece of land in their housing area covered with bushes. So, to prevent mosquitoes and snakes from breeding, one of the residents, a kind-hearted uncle, came up with this idea of turning it into a farm.

“This land doesn’t belong to any of us. In fact, it is just a piece of unattended area covered with bushes.”

The uncle invested long hours to beautify the area by planting vegetables, fruits, and flowers. Additionally, he even encouraged his fellow neighbours to pick anything they wanted and bring it back home.

“Few of us actually enjoyed his home-grown sweet papayas,” she continued. 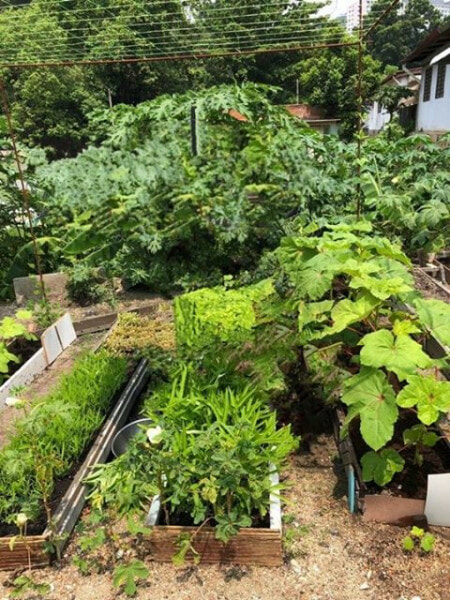 Aww, what a cute little garden.

In her opinion, the uncle’s perseverance aligned perfectly with the government’s call for a greener, cleaner and more sustainable city life.

Alas, as Harold Coffin would’ve put it, “Envy is the art of counting other fellow’s blessings instead of your own.”

A lady who lived across the garden took it as an offence and became everyone’s worse nightmare, and this Facebook user said, “She started to harass the uncle for no apparent reason whenever she saw him planting or watering the plants.”

The heated situation escalated to whole new heights when the lady acted violently by chopping down 10 of the papaya trees on 11th December, when the others were still asleep.

The saddest part is, even nearly ripened fruits went down with the trees.

Hopefully, the uncle can stay calm in this situation. Meanwhile, someone needs to tell her that problems can and should be resolved civilly! 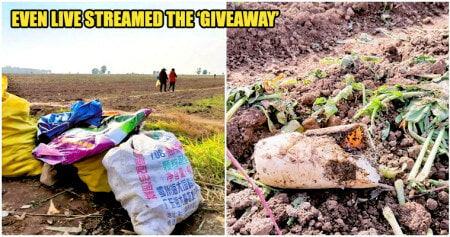