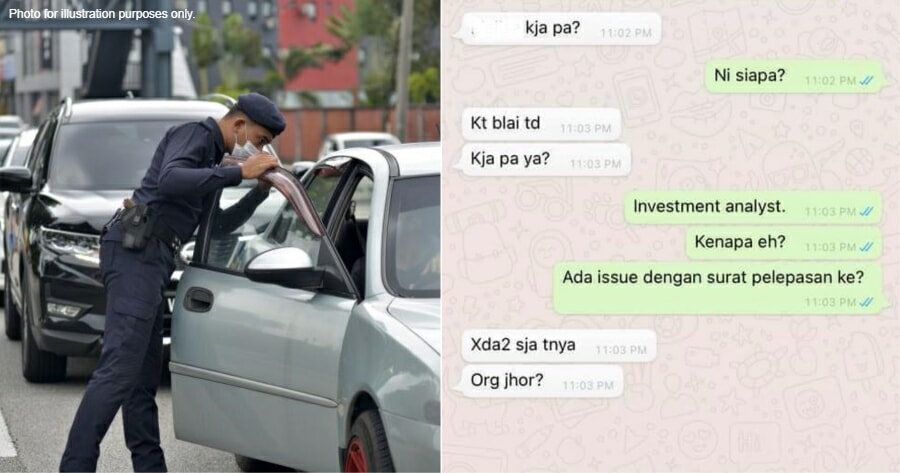 The police will call upon a woman to assist in the investigation of allegations that she was contacted by a police officer through the messaging application, WhatsApp.

Based on a report by Sinar Harian, the Wangsa Maju District Police Chief, Superintendent Ashari Abu Samah said that the investigating officer will call the woman in the near future to record an explanation to help complete the investigation. 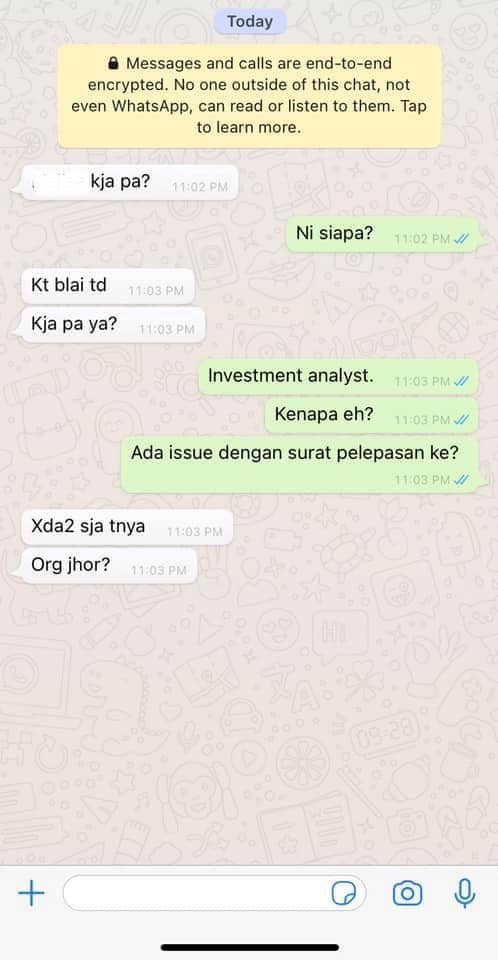 In the screenshot, the police officer could be seen asking the woman what she works as.

When she asked him, “Who is this?”, he replied, “From the station earlier. What do you work as?”

The woman then asked if there were any issues with her interstate travel request, to which the officer responded, “No, I was just asking. Are you from Johor?”

While a prior police statement was released claiming that the

“We have detected an issue that spread on Twitter on Tuesday. According to a ‘post’ uploaded by the woman, she went to the Setapak Police Station to apply for a permit to cross interstate borders,” he said, adding that she later made a police report against the officer at the Gombak Police Station.

“We have also identified the policeman who allegedly contacted the woman.”

He shared that his parties will not protect any officer who commits misconduct and would not hesitate to take stern action against those who are found guilty.

“Investigations on this issue are being conducted by the Kuala Lumpur Police Integrity and Standards Compliance Department,” he added.

Members of the public who have any questions or information can contact the Wangsa Maju IPD Headquarters at 03-92899222, the Kuala Lumpur Police Hotline at 03-21159999 or their closest police station. 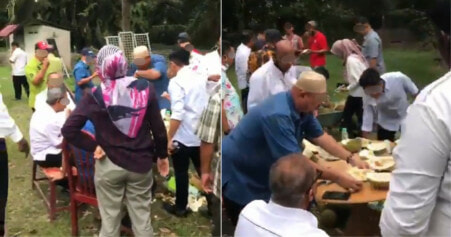