A policeman was killed after his vehicle was involved in a tragic accident while he tried to chase down suspects in a Myvi at Jalan Kangkar Tebrau, Johor Bahru yesterday (1 November). 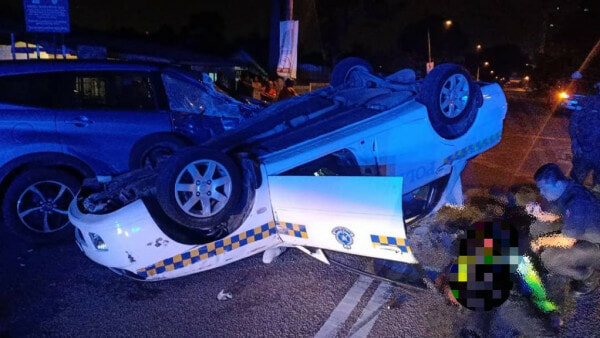 The PDRM officer was pursuing the suspects with his colleague in an MPV when the patrol team collided with the suspect’s Myvi and skidded before colliding with a Perodua Aruz (SUV) causing the police car to overturn. The officer who passed away was in the passenger seat and was said to have died at the scene.

“As a result of the accident, the passenger of the PDRM MPV patrol vehicle died at the scene while the driver was left severely injured,” said Operations Commander of the Tebrau Fire and Rescue Station, Kamsani Aswan in a statement recorded by Kosmo!. The body of the deceased was sent to Sultan Ismail Hospital for an autopsy. 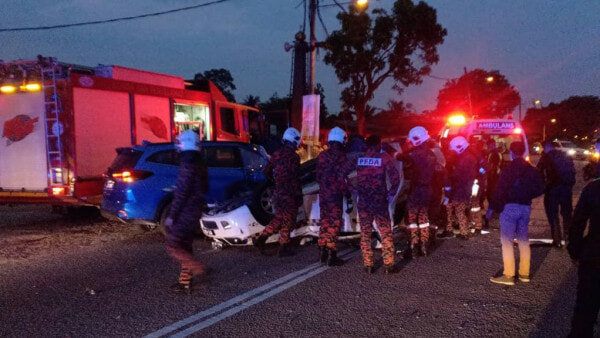 The driver and passenger of the Perodua Aruz vehicle were also injured. As of now, authorities are still in pursuit of the two suspects who got away in the Myvi.

Previously, a tragic hit-and-run case robbed the life of a soon-to-be father whose wife was eight months pregnant. The family appealed to anyone who might have had dashcam footage of the incident to bring the perpetrator to justice. 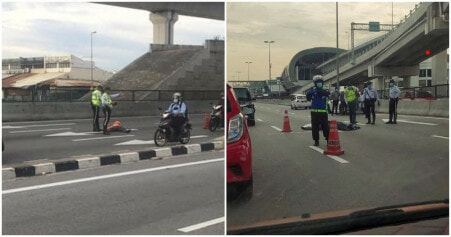