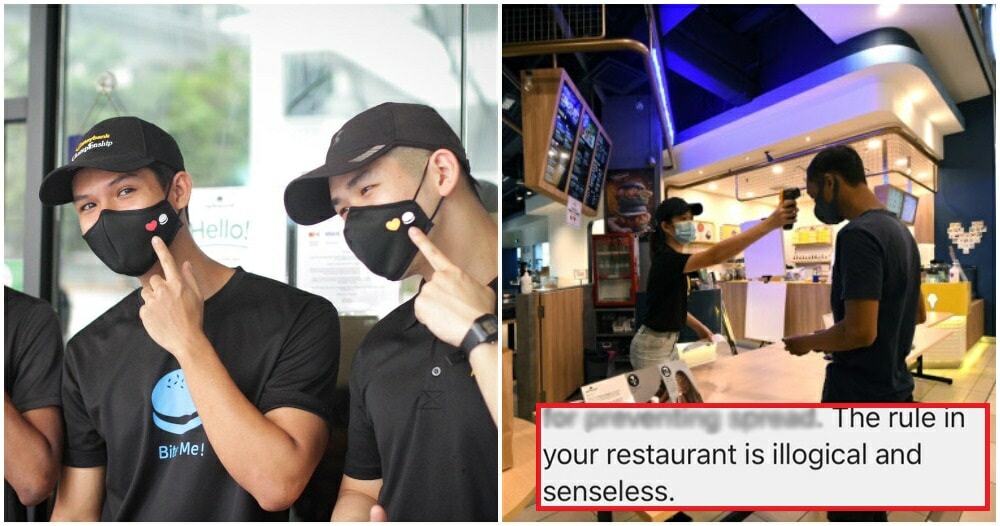 Although most businesses are grateful they could re-open during the Recovery Movement Control Order, they currently have multiple SOPs & precautions to abide by now. These SOPs are placed with the best interest at heart as we all play a part in curbing the Covid-19 pandemic.

Unfortunately, there have been instances where customers don’t understand that these rules MUST be followed to avoid both parties being fined. Everyone’s favourite burger place, myBurgerLab have also been facing difficulties where some customers find it hard to follow set SOPs and chose to complain to the burger joint instead. 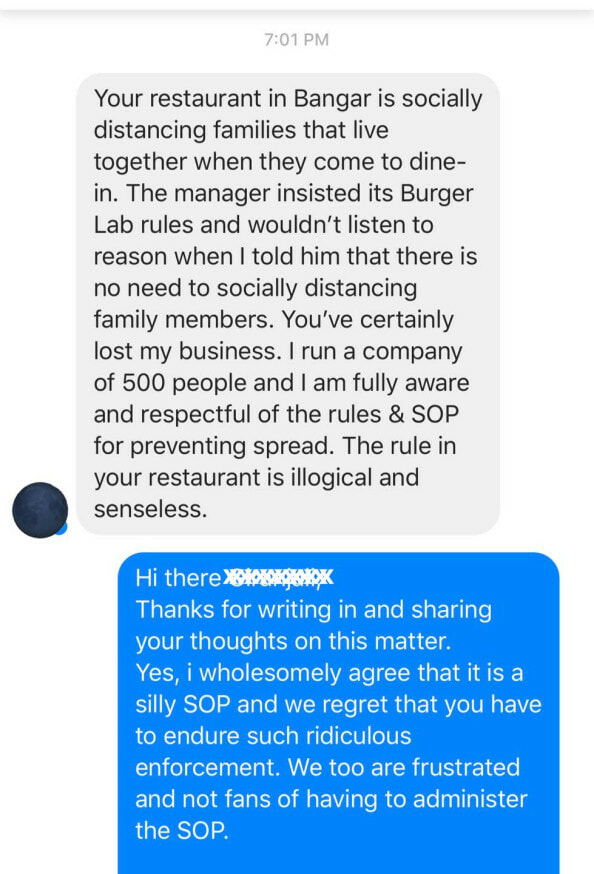 A customer complained that the manager “forced” them to practice social distancing even though they were from the same family. The customer added that myBurgerLab has lost their business.

“I run a company of 500 people and I am fully aware and respectful of the rules & SOP to prevent the spread of Covid-19.The rule in your restaurant is illogical and senseless.” 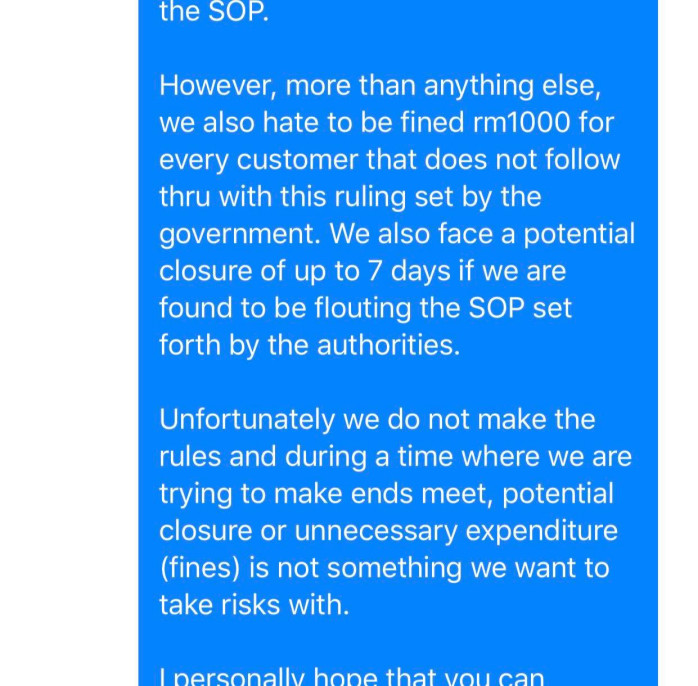 myBurgerLab’s response to this was extremely apt indeed as despite the SOPs being tiresome, it’s necessary for the wellbeing of everyone. 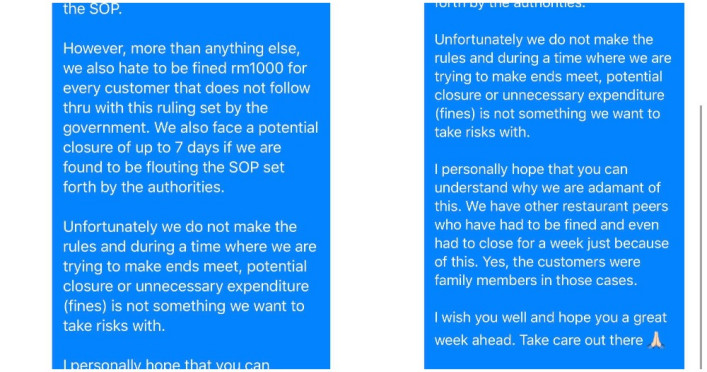 They added that the rules have been set by the government and it’s everyone’s responsibility to abide by it especially at a time where they’re trying to make ends meet. The message ended with the admin saying that the customer understands the plight they’re in to avoid being fined.

In a Facebook post, myBurgerLab’s owner, Renyi said their Geeks (myBurgerLab’s servers) have been scolded and yelled at for adhering to the tight SOPs.

“We agree that if a family can stay together and travel together, logically, they can sit together. However, the rule of law currently does not exempt that when it comes to issuing summons and making restaurants like ours be held accountable.” He added that their business is just hovering above breakeven on most days. Despite them wanting to make more money and allowing more customers, by doing so, they can risk the potential closure of their restaurant for up to seven days.

Renyi pleaded to Malaysians asking them to be considerate to their servers as they didn’t ask for this. “We just wanna come out of it alive and safe together with you. We all have a responsibility to keep each other safe. So let’s not make it any more difficult than it already is,” he said.

World Of Buzz reached out to Renyi and asked him what message would he like to send to Malaysians now. He reassured that while 99 per cent of customers are compliant with the SOPs, it’s just the one per cent that makes things complicated.

“It’s not that we are purposefully making things difficult for everyone with a stringent SOP. It’s just that we can’t afford to flout the SOP as the summons can make or break our business.”

What do you think about this situation? Let us know in the comments section!