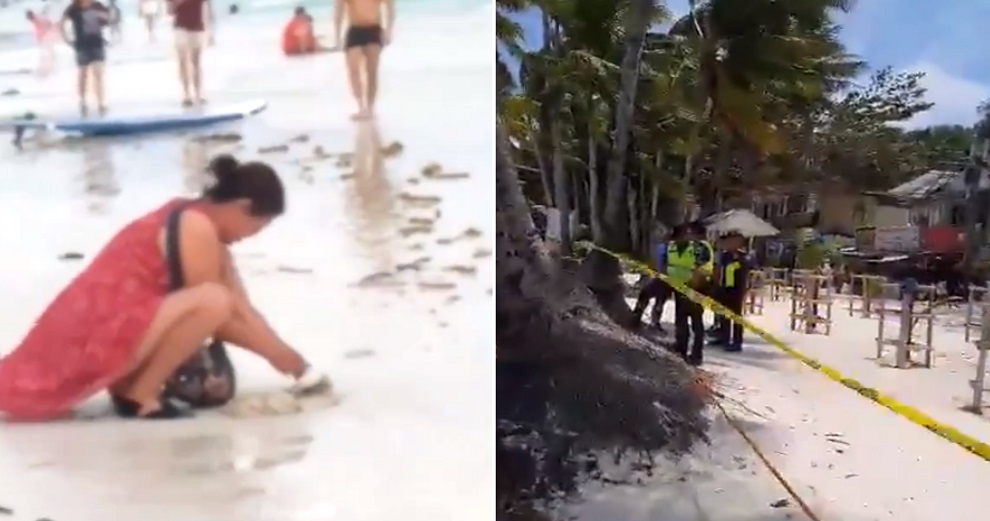 Just yesterday (13th August), a video of tourists, believed to be from China, went viral on social media, causing outrage among Filipino netizens.

In the video, which reportedly happened in Boracay, a woman can be seen washing a child’s privates on the beach while another woman appears to be burying the child’s used diaper in the sand.

Ok I’m pRESSED about those Chinese women having the audacity to bury their child’s diaper in the sands of Boracay. DISGUSTING. The island has trash bins scattered along the front beach and they really chose to place it in the sand 😩😩 pic.twitter.com/PAfTQuf4yR

Soon after the video went viral, ABS CBN News reported that part of Boracay island was closed on Wednesday (14th August) for 24 to 72 hours to allow cleanup efforts to take place.

The country’s Tourism Secretary, Bernadette Romulo-Puyat, has banned swimming in the beach of Boracay’s station 1 and ordered the affected area to be cordoned off.

Meanwhile, Boracay Interagency Rehabilitation Group General Manager Natividad Bernardino has already been instructed to locate the tourists in the video and file charges for violating the area’s Anti-Littering Law, which lists urinating, defecating, and spitting in public places, waterways, and recreational areas as prohibited acts.

In April 2018, Boracay was closed to tourists for a 6-month cleanup due to the amount of sewage dumped directly into the sea, damaging the environment.

What do you think of this incident? Let us know in the comments section below! 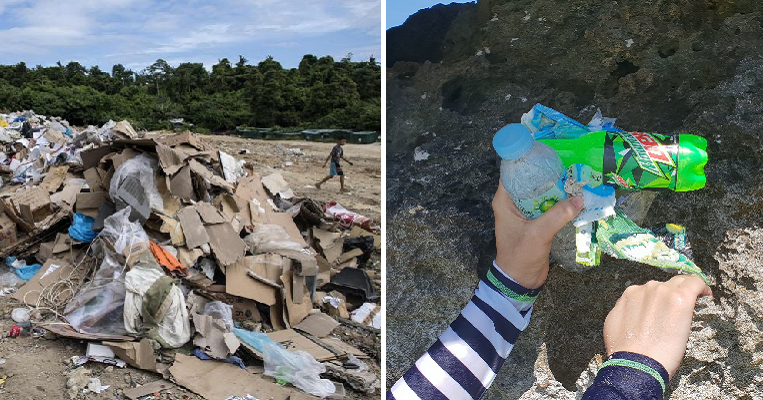