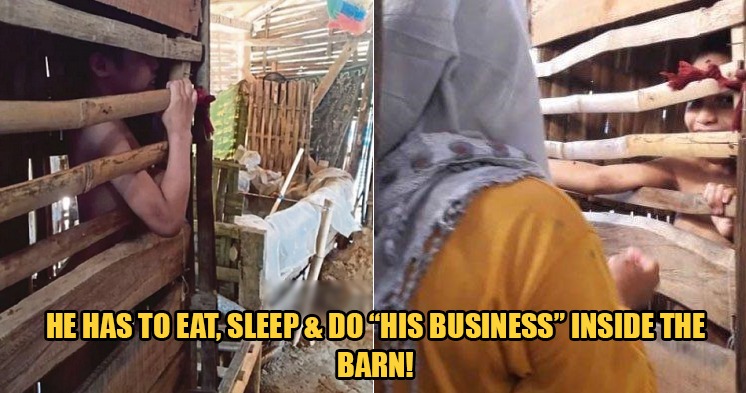 Harian Metro reported that an Indonesian OKU (Orang Kurang Upaya) kid, Efendi, gets locked in a chicken barn by his parents whenever they are away for work. Thus, the 12-year-old has no choice but to eat, sleep and do his “business” inside the barn itself. FYI, the barn – which is one metre long and 0.5 metres wide – is made out of bamboos and wood.

The parents (Hamzah, 47 and Latifah, 36) said that they have tried to keep Efendi in the surau whilst they worked in the paddy field, but he would always crawl outside and eat whatever he finds – like rice bran, fruit skins, leaves and flowers.

One day, Efendi went missing from his home, and they ended up finding him near a riverbank at midnight. From that day onwards, his parents decided to lock Efendi in a barn during work hours. They were quoted as saying,

“We pity him but that’s our fate now. My wife and I have to work to make a living.”

What’s even more pity is that Efendi ate rice bran (cow’s food) once when he got too hungry inside the barn. 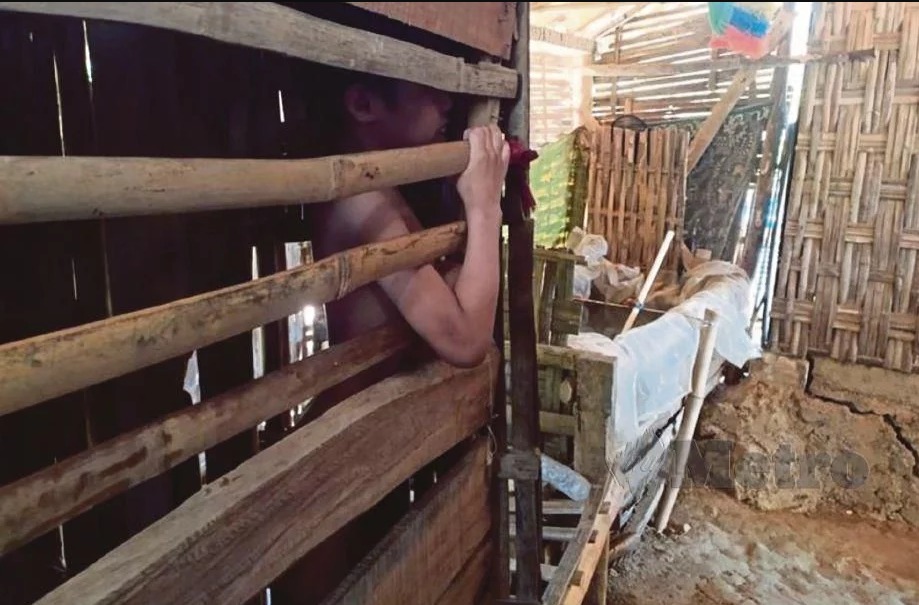 Initially, the couple didn’t want to leave Efendi in the barn, but they figured that it’s the best option to ensure that they aren’t too worried about their son when they’re working.

Hamzah revealed that they have tried to cure the son through traditional medication, where Efendi was partially buried during a ritual. She said,

“The hospital gave Efendi therapy but only once, we couldn’t afford to go there again.” 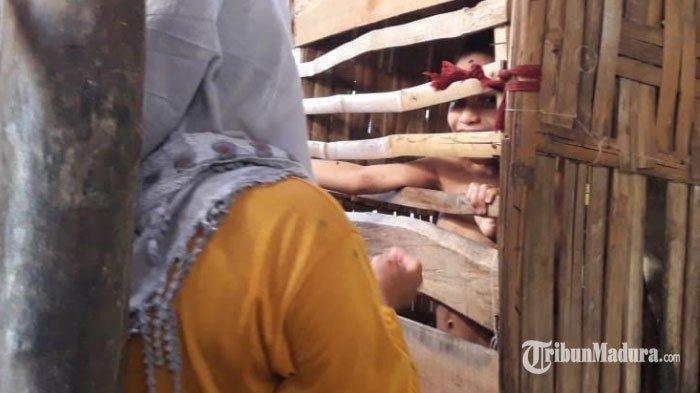 If you didn’t know, Efendi has been disabled since he was three years old, and he cannot walk as well as talk; he can only crawl to move around. The head of the village, Moh Masduki said that they helped with Efendi’s treatment but after visiting the hospital twice, the parents stopped his treatment because they didn’t have the money.

That said, whether or not the parents have the time to take care of Efendi, they shouldn’t lock their son up and isolate him in a chicken barn; there are better ways to deal with Efendi’s predicament. What do you think the parents should have done? Let us know in the comments below!

Also read: “I Don’t Want to Die,” Embarrassed Parents Lock 16yo M’sian Boy in ‘Airtight Room’ When He Gets HIV 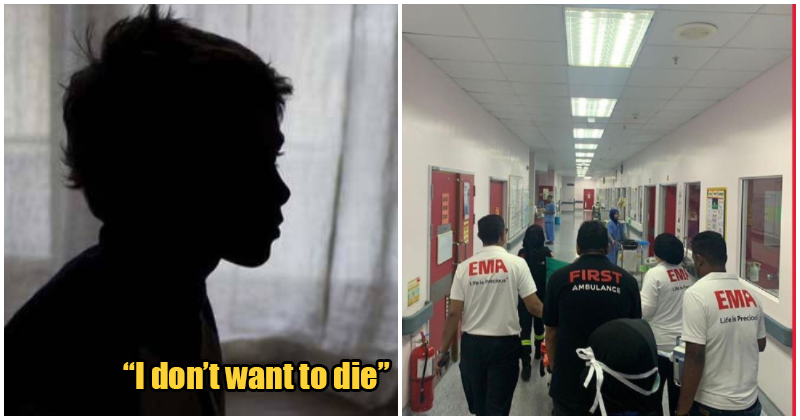