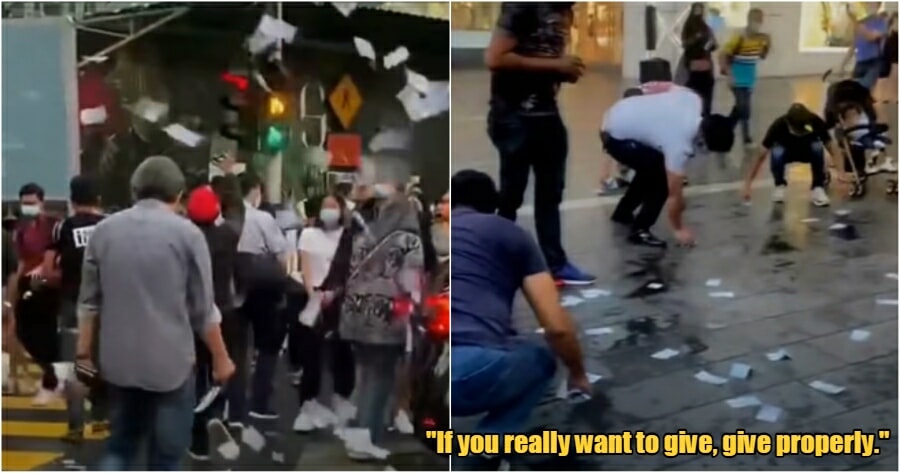 In the current climate that we’re living in, money has become a huge issue, considering many are struggling to survive while the rich get richer.

In such a time, a video on the Wire Putus YouTube channel has taken Malaysian social media by storm, for all the wrong reasons.

The video titled ‘Throwing RM10 thousand at the public‘ showed the team behind the channel throwing RM10,000 worth of (what looks like) RM1 bills in public places, including in the middle of a busy road in Bukit Bintang, prompting passers-by to stop and pick up the money.

At one point in the video, as they were throwing money in front of a popular Bukit Bintang mall, a security guard approached the channel crew to ask them what they were doing, to which they replied that they wanted to give people money.

“You can’t do that here, this is private property,” the security guard replied.

During the video, they could also be heard telling the people around them to “go ahead and pick it up! Take it!”.

When they were throwing money at the busy crosswalk, cars could also be heard honking their horns as passers-by ran onto the road to pick up the money.

Though their intention may have been to donate the money to citizens, their method was ill-received by the general public, who called their tactics ‘trashy’.

This comment goes, “Respect for each other is important. If you really want to give, give properly.”

This comment says, “You’re making people pick up money off the floor, please give it to people properly. You’re making Malaysians look like beggars. We know you want to make different content from other YouTubers but the way you’re doing it isn’t appropriate with the time and place. Go give the money to orphans or people who need the money.”

This comment reads, “Just because people are struggling, you’re shouting at them to pick up the money. These are Malaysians. Your parents didn’t educate you? I hope the police catch them, then they’ll have some brains. Want to give, you don’t have to bring down people’s dignity.”

This comment goes, “What kind of content is this? Compared to throwing the money, you should donate it. It’s the fasting season, many out there don’t have money to buy things. You’re wasting the money just like that, and inconveniencing the people there.”

Now, that we’re living in a world where the struggles of others are coming to light, it’s important that we be sensitive towards their hardships and help where we can, especially during the Ramadhan month where our Muslim brothers and sisters are fasting to experience the hunger of the underprivileged. 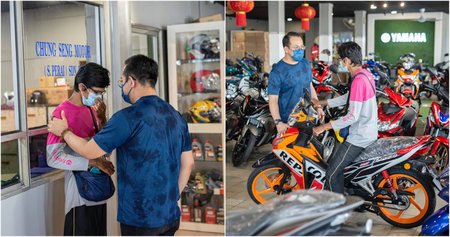