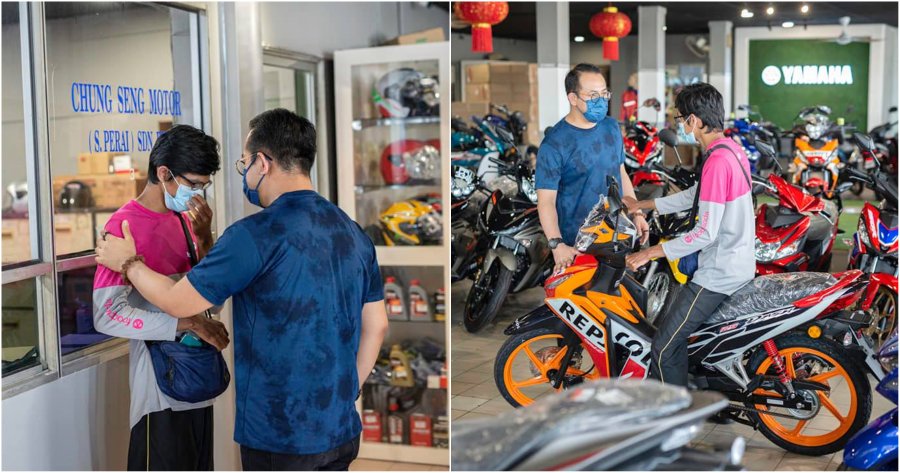 The month of Ramadhan is known to be a time of reflection and revelation.

Bukit Mertajam member of parliament, Steven Sim Chee Keong, took this opportunity to reflect on the value of life after he was inspired by a foodpanda rider who has been riding a borrowed, broken bicycle in order to earn a living. 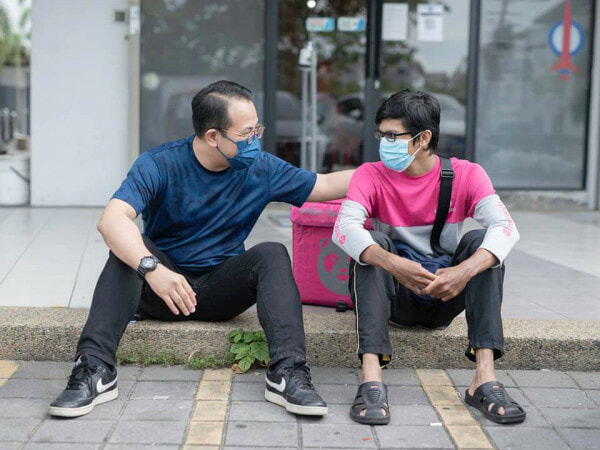 He wrote, “It’s the first day of Ramadhan. I met with a foodpanda rider who helped me realise the value of life.”

Even the bicycle that he was using to make deliveries was borrowed from a friend. The seat and other aspects of the bicycle were quite broken, but he accepted it as he wanted to make an honest living. 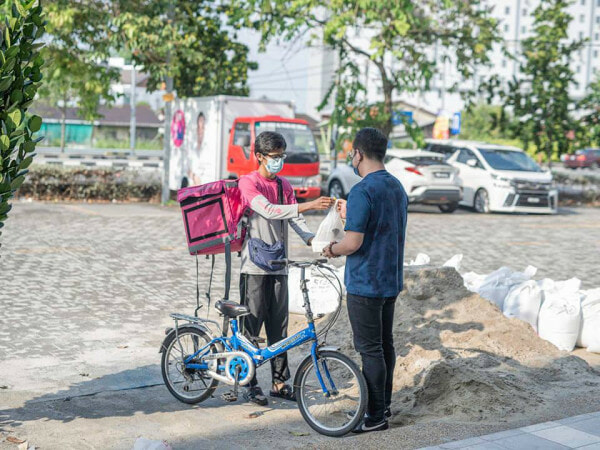 “22-year-old Mohamad had moved to Penang from Kelantan for work. His family is not rich but they prioritise education. They have 10 siblings. His father is a religious teacher. He, himself, graduated with a Polytechnic diploma in engineering, with outstanding results,” Steven explained.

But sadly, he only earns RM500 a month from his job, which is barely enough to eat. Thankfully, his friend is helping him with his room rental.

“Mohamad doesn’t complain, as he is grateful for the opportunity. Instead, after work every day, he borrows his friend’s bicycle to be a foodpanda rider. After work, he would rest for an hour and would paddle until 11pm. He would get RM20-RM30 a day, which is enough to eat a few times,”

“Sometimes, he eats nasi lemak every day because he wants to save money,” he said, adding that both of Mohamad’s arms were also badly sunburnt due to the scorching heat. 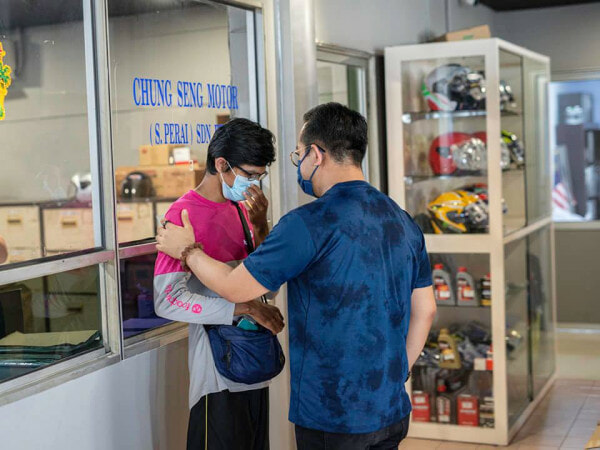 Upon hearing Mohamad’s story, Steven knew he had to help, but when he asked how he could, Mohamad was shy to answer.

“How about this, I’m not good at religion, but my friends have taught me that the month of Ramadhan is full of blessings. I want to be blessed this Ramadhan, I’ll buy you a motorcycle,” Steven told Mohamad.

“Initially, he couldn’t believe it. But, when I took him to the motorcycle shop in Bukit Mertajam, he was touched. We bought a Honda.” 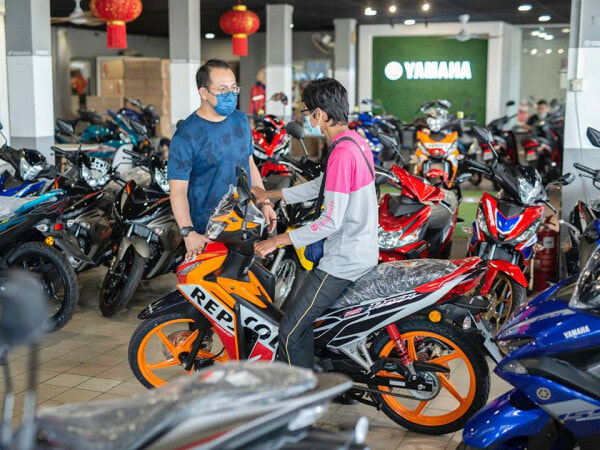 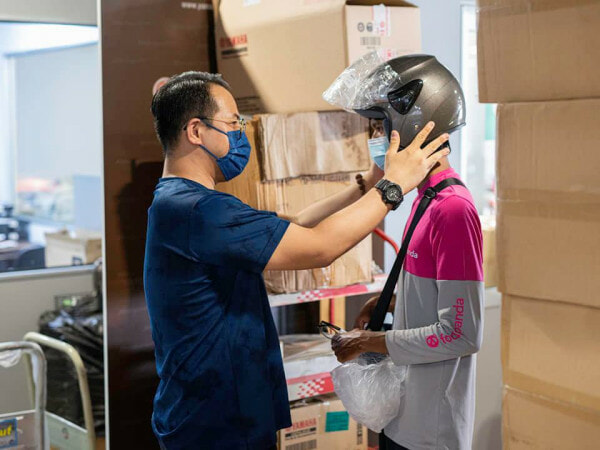 “Mohamad can immediately ride it without having to worry. He can ride to work (as now he pillions with a friend) and if he’s making deliveries, he doesn’t have to paddle the bicycle. He doesn’t have to worry about the end of Ramadhan, how to go back to Kelantan to see his parents? He has his horse now,” he added.

After they had purchased the motorcycle, they also made a stop at a pharmacy to help ease the burns on Mohamad’s arms. 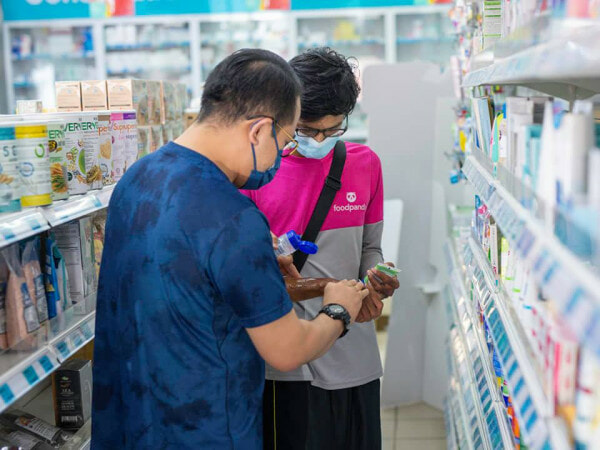 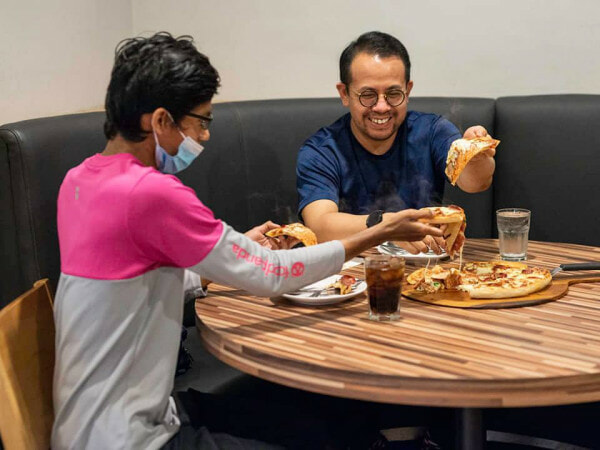 “We also went to a pharmacy to buy aloe vera creams and sunblock. I reminded Mohamad to apply the creams every day before he goes out to make deliveries. We need to care for our health. If he falls sick, his parents would worry,”

“Today is the first day of Ramadhan and I learned something important. We must be very patient while facing the challenges in our lives. Don’t give up no matter how difficult it gets. There’s wisdom in everything and God will never abandon us. Brother Mohamad has made me realise that,” Steven shared, adding that they celebrated the first Iftar of the year together.

He ended his post hoping that Mohamad will find this Ramadhan more meaningful, having to be away from his family and to work harder than most to earn a living.

We’re so happy that Mohamad got a new motorcycle. While he still has to endure the harsh Malaysian weather, he’ll have the necessary creams to prevent further burns!

But, most of all, we’ve learned that we should be thankful for the simple luxuries and privileges we’ve been given, as many out there, just like Mohamad, have to struggle to stay afloat.

We hope the blessings of this Ramadhan eases their burdens. 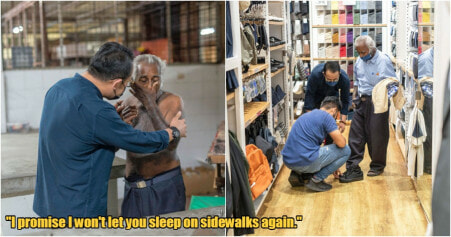