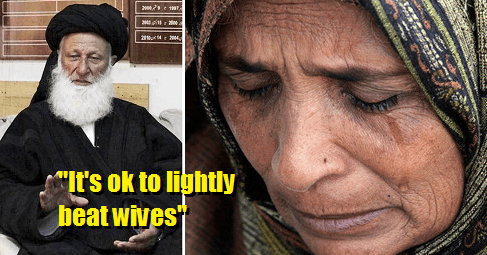 A draft proposal by the Council of Islamic Idealogy (CII) was made saying that it was okay for a man to beat his wife so long as he does it ‘lightly’.

CII chairman Muhammad Kahn Sherani told the Express-Tribune newspaper:  “If you want her to mend her ways, you should first advise her … If she refuses, stop talking to her … stop sharing a bed with her, and if things do not change, get a bit strict.”

He clarified that being strict meant “hitting her with light things like handkerchief, a hat or a turban, but do not hit her on the face or private parts.”

The reasons Muhammad gave on when these ‘light beating’ were to occur was:

The CII said, “A husband should be allowed to lightly beat his wife if she defies his commands and refuses to dress up as per his desires; turns down demand for intercourse without any religious excuse; or does not take bath after intercourse or menstrual periods.”

The 20-member council is a constitutional body of the Islamic Republic of Pakistan, but can only advise the government rather than make laws. Thank God.

The council’s draft proposal sparked public outrage among the Pakistanis and many called for the CII to be disbanded.

The Human Rights Commission of Pakistan said in a statement: “As much as the HRCP wanted not to dignify with any comment the ridiculous CII recommendations regarding ‘light beating’ of women, the commission thinks it is imperative that every right-respecting person must condemn such counsel unreservedly. The irony of calling the measures women protection should not be lost on anyone.” 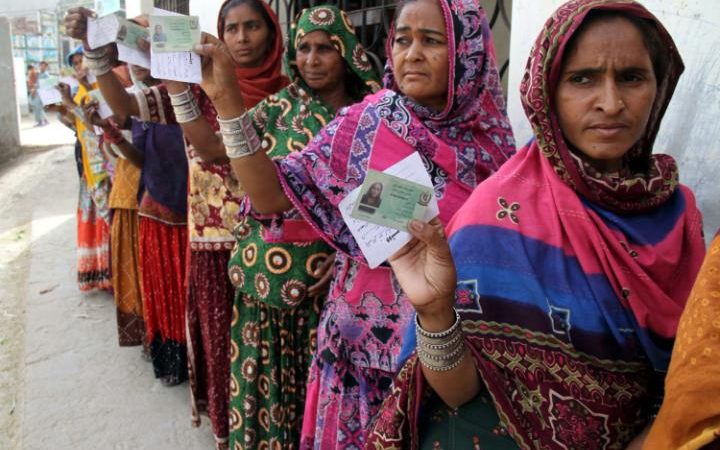 The proposal also mentioned that interacting with strangers not wearing a hijab and speaking too loudly might incur a light beating, the Express Tribune reports.