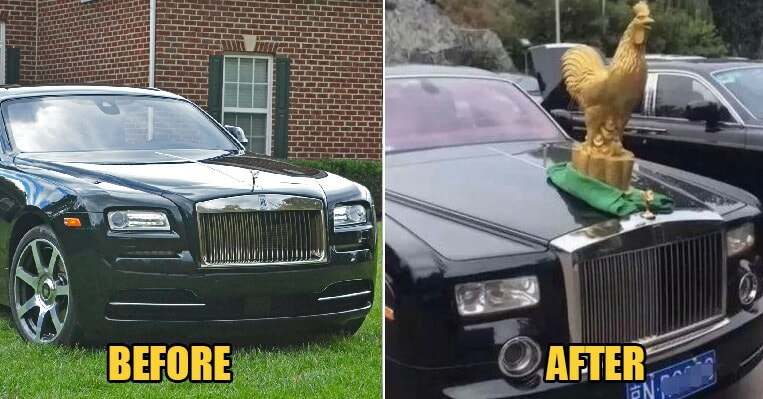 Luxury cars are something that only the rich can afford to buy and this is something us normal people can only dream about. One of these brands is Rolls-Royce, a British luxury car that costs a bomb to have. One of the most distinctive things about the car other than the design has got to be the iconic bonnet ornament sculpture known as “The Spirit of Ecstasy” at the front of the car. 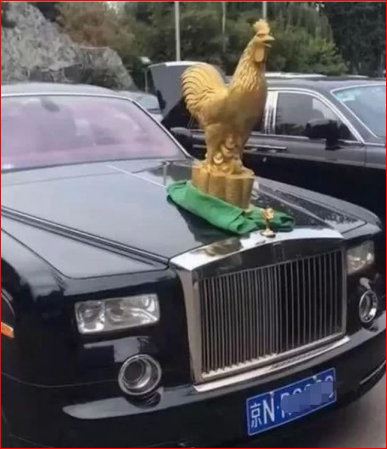 However, a rich person in Beijing who bought what looks like a Rolls-Royce Phantom Series 1 seems to think that this sculpture was not eye-catching enough, and decided to do something about it. According to Setn, the man reportedly felt that the original ornament was not bombastic enough to show his riches as it was too small.

Hence, he asked someone to create a bigger and more flamboyant ornament in the shape of a huge golden rooster that weighs 25kg. Hmm, is he overcompensating for something else? Now, the original “Spirit of Ecstasy” is not cheap either, as it can cost more than RM100,000 as the workmanship for it is exquisitely crafted and you can even customise it with diamonds if you have the cash. 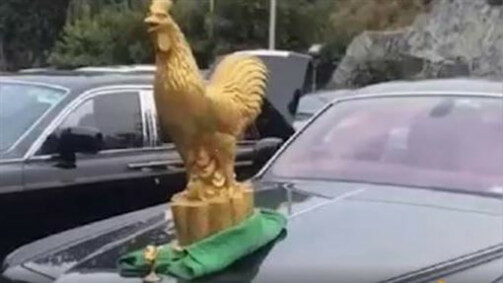 Yet, the car owner felt that it wasn’t luxurious enough to showcase his wealth, so he commissioned someone to craft the custom rooster presumably out of pure gold. It was stated that the golden rooster apparently cost about 600,000 yuan (RM356,216) to make. Photos of the car circulated on social media and netizens were stunned by this showing off of his wealth.

Some of them said that the original one was much better as it looks more classy. A few raised the question of road safety, as the ornament looked like it would be too big and would block the driver’s vision. However, the golden rooster is still covered with a piece of cloth at the base as it doesn’t look like it has fully been installed on the bonnet yet.

Also read: “I Drive a Mini Cooper, But You Walk to School,” Rich UTAR Student Calls Out Jealous & Ungrateful Friend 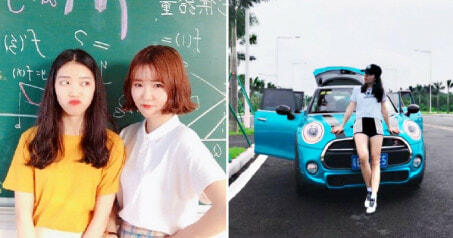