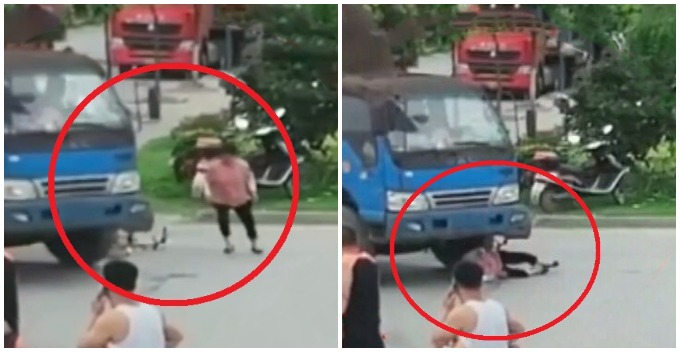 Do you guys know any of your friends or family members who are just so drama? Well, this auntie from China staged a road accident so dramatically, we couldn’t help but chuckle watching it.

According to the South China Morning Post, a woman from southeast China staged a road accident in an attempt to cheat the driver into paying her compensation money on 4th July. She might have gotten away with it too – if only there wasn’t a surveillance camera nearby.

Watching the video closely, you can see that the woman was running alongside the truck with her bicycle. The supposed ‘victim’, surnamed Tang, throws the bike on the ground as the truck was turning to the right. She then slid her body under the front bumper and laid against the wheel – as if she was just knocked down. Walao, this auntie should really join the theater group… 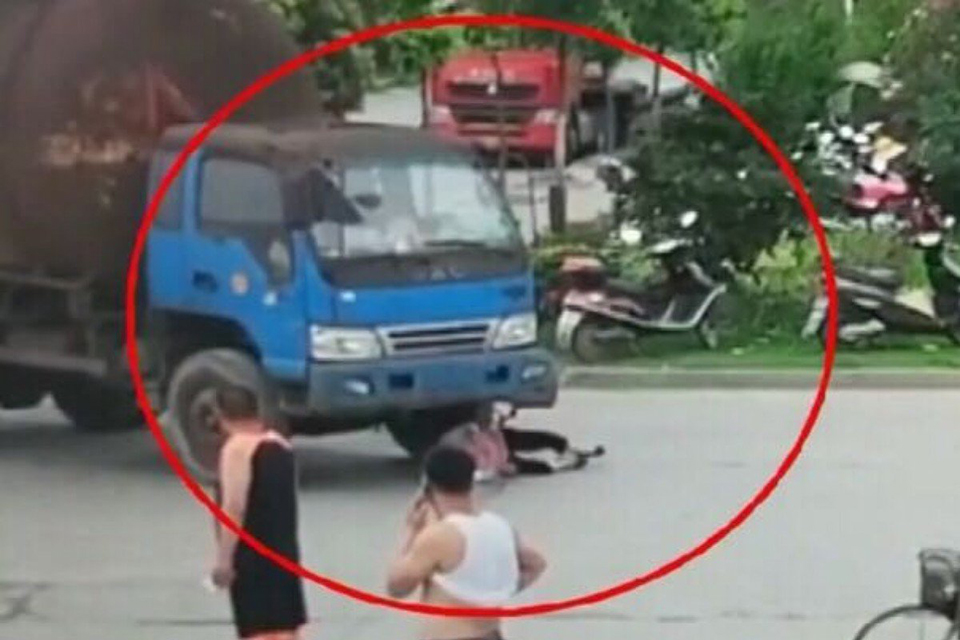 People Daily, the official newspaper of China’s Communist Party, uploaded the video to social media while stating that the aunty attempted the stunt due to a business dispute with the truck driver. Unsatisfied, Tang then staged this so-called ‘perfect’ road accident as an act of revenge.

The video ends with Tang lying oh-so helplessly on the road while the passersby look on, bewildered.

However, it was reported that Tang called the police in that very position, claiming that she had been the victim of a road accident.

Tang was seen ‘moaning in pain’ upon the arrival of the police. She then demanded compensation from the truck driver, who is known as Cui.

Despite her ‘ Oscar-worthy acting’, the truth came to light when the officers reviewed footage from a surveillance camera nearby. It was obvious from the video that she had faked the whole incident.

This woman in China claimed she was seriously injured by this truck. Then police saw this footage.

While it is unclear whether Tang was punished for her actions as the police have said that they are still investigating the incident, her amateur acting didn’t manage to escape public criticism.

“This woman’s performing skills are poor,” wrote a person on Weibo, China’s version of Twitter.

“If (she is) not punished, this (kind of scam) will happen over and over again,” wrote another.

Beijing lawyer Han Xiao said it seemed clear from the footage that Tang had broken the law by trying to stage an accident, and could face a fine or even detention.

While this is funny, taking revenge by risking your own life for compensation is totally not worth it. There are many ways to solve a problem. And this is definitely not one of them. 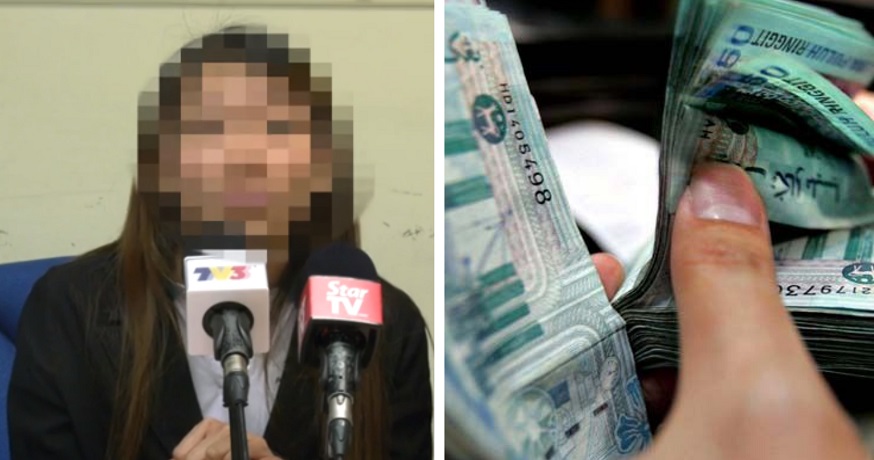