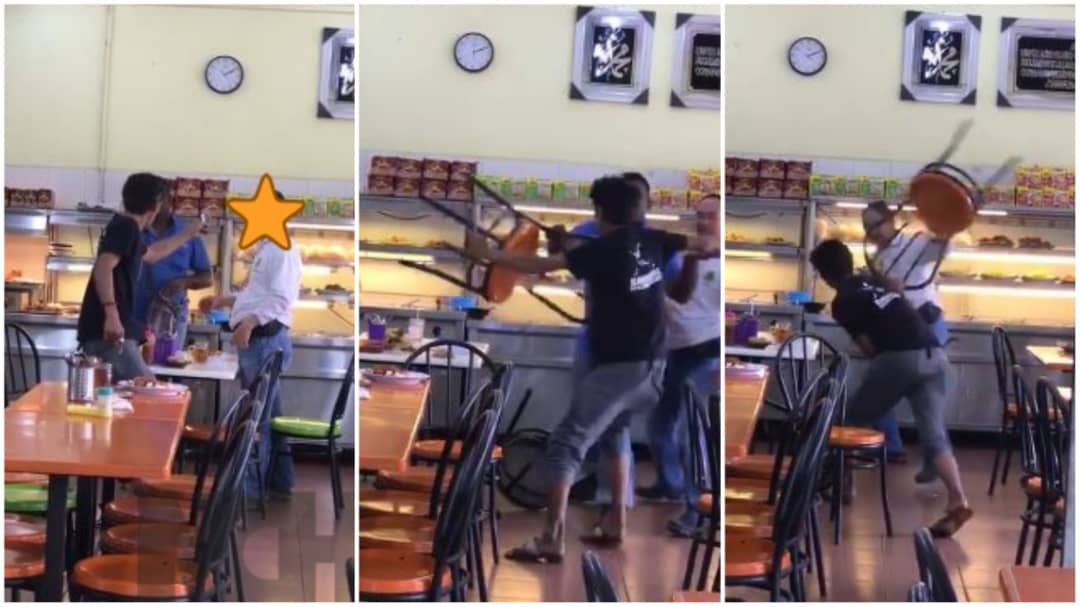 The video of a mentally challenged man running amok at a Mamak restaurant went viral recently, as videos of the man assaulting patrons and flinging chairs on the premise were shared by various pages on social media.

In the 1 minute and 30-second video, the man was seen confronting two other men at the same time, clearly disturbed and was unable to succumb to logic.

Clearly attempting to calm the man down, the mentally challenged individual went on with his barrage, eventually succumbing to his anger and resorted to throwing chairs as well as other items at the property, endangering others in the process.

According to comments on the video from various Facebook pages, the incident was believed to have taken place in a Mamak restaurant in Rawang, Selangor.

Shared by the Facebook page 我们是马来西亚人 We are Malaysians, one netizen mentioned that the man wearing the black t-shirt was known among locals as a mentally challenged individual holding a green card. 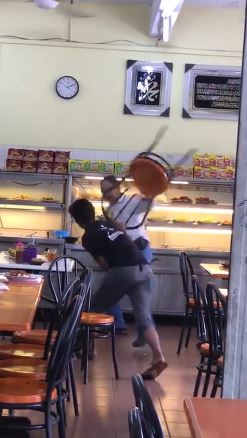 “This person is not right in the head and holds an OKU green card for his mental illness.”

“Reports have been made to detain him, but apparently he is still free.”

For whatever the reason, we hope that the authorities will take further action and attempt to detain this man for the benefit of the individual as well as members of the public. 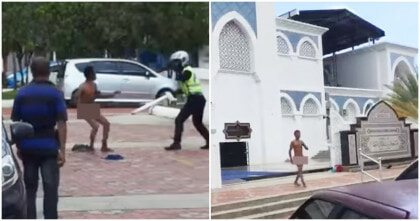