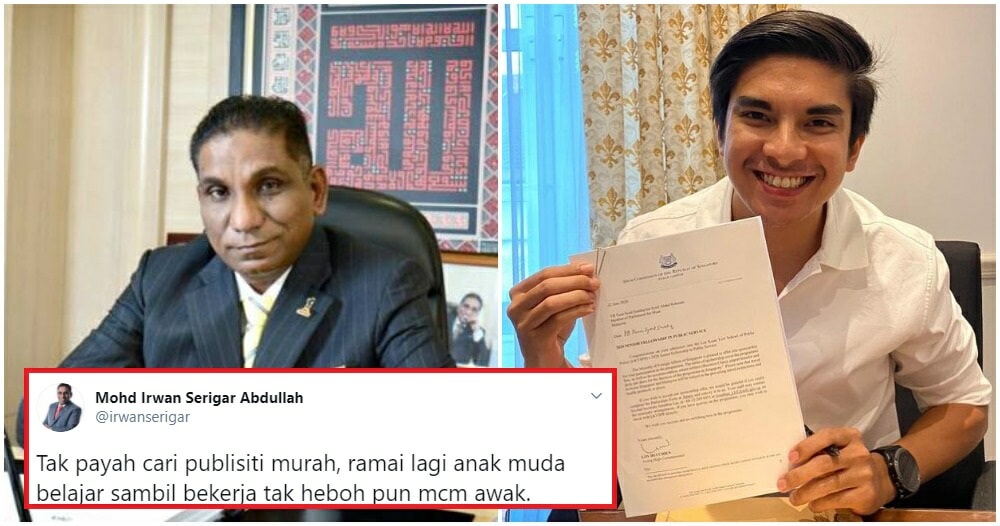 As the greatest poet, Taylor Swift once said, “Haters Gonna Hate” and that’s what Syed Saddiq has been facing this week or rather, this month. Yesterday, he took to his social media to announce that he will be attending the Lee Kuan Yew’s Senior Fellowship in Public Service program at the National University of Singapore (NUS).

Not only that, as the program costs a minimum of SGD41,000 (RM124,336), Syed Saddiq, with his qualifications, has managed to secure a scholarship for the 6-week program. 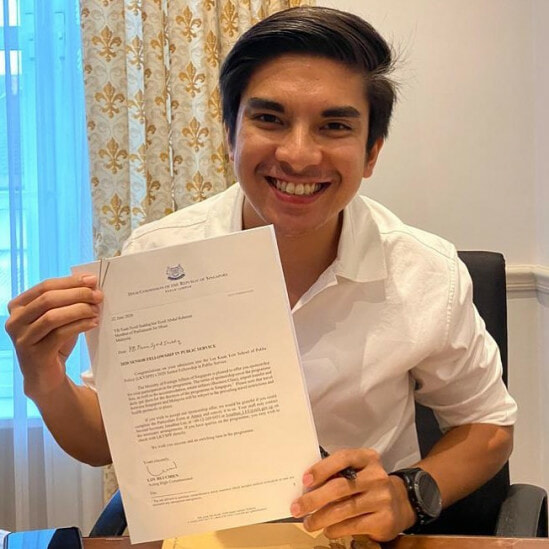 According to their website, the Lee Kuan Yew’s Senior Fellowship in Public Service program at the National University of Singapore is tailored to senior-level leaders in public, private and non-profit sectors. It has an all-around curriculum that focuses on developing leadership and governance competencies of participants, equipping them with the tools to take on challenges at a global level.

It’s happy news and everyone should congratulate him and leave right? But nooooo…

Inland Revenue Board of Malaysia (LHDN) Chairman, Tan Sri Dr Mohd. Irwan Serigar bin Abdullah decided to “shame” Syed Saddiq and asked why was he showing off his achievements.

“No need to find cheap publicity, there are many more youths studying while working. There’s no need to brag about this!”

Not only did he shame the young politician, but he also tagged multiple other Twitter accounts including the PM, Dr Zahid Hamidi and the UMNO and PAS accounts as well!

To no one’s surprise, the tweet got the attention of netizens but not the kind he expected. Netizens were mostly bashing him for being “bitter” and just not letting people be happy with their achievements.

“Even though you’re elderly, you’re still jealous when young people would like to do something good. You should be taking pride in Syed Saddiq as, even though he’s a YB, he still gives importance to education. This could be an example to other young people so that they can be motivated to continue their studies.”

“Tuan, there’s no need to be condescending. Why can’t you tweet nicer things? For example, ‘Congrats, hopefully, more youngsters will use this to study while working’. Not only does it sound better, but you’ll also get good deeds.”

In response to this, Syed Saddiq himself tweeted that it’s always been his dream to study in NUS and that him sharing it was to make his father proud.

“Hello Tan Sri, I shared this news as it’s always been my dream to secure a placing in NUS. My dad was a labourer in Singapore and NUS is the best university there. As a son, I want to make him happy and proud. As a father, I’m sure you understand.”

Young or old, think twice before posting anything on social media. There’s SO MUCH negativity out there, what’s wrong with sending a simple congratulatory message? 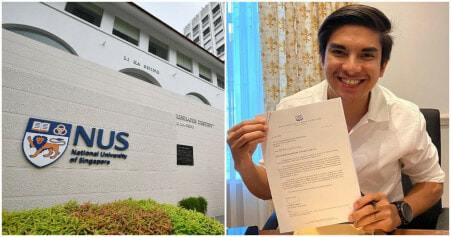