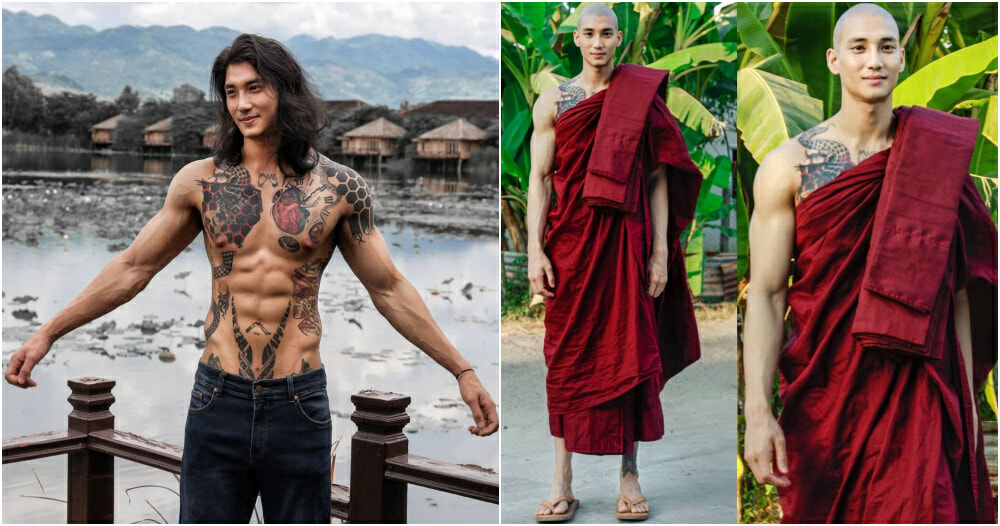 If you have been scrolling through your feed recently and came across an incredibly good-looking monk, guess what? He is actually Paing Takhon! A very famous Burmese actor and model.

If you’re thinking Paing Takhon was just ‘modelling’ as a monk, you are absolutely wrong!

He has not been doing it just for the ‘Gram’ or for his modelling career. In fact, he actually lived as a monk for 10 days!

Here’s a post of him before becoming a monk. Check it out! More like check him out…

God bless our eyes… And here is one of him as a monk!

Isn’t he just the most handsome monk you’ve ever seen? If you said no, please go get your vision checked.

Pictures of this ridiculously attractive man have circulated all over social media, getting many netizens excited. Especially after seeing him in his monk attire and rocking it!

Here are some facts about him if you’re curious!

According to GirlStyle Singapore, Paing Takhon started getting loads of attention in Asia for his beauty since 2017 but has been exceptionally famous within Myanmar and Bangkok.

Many know him as the ‘Asian Aquaman‘ as that is the vibe he usually gives off due to his messy long hair and chiselled body as well as his badass tattoos.

He started to venture into modelling at the beginning of 2014 but later on decided to get into acting. He has made international appearances in Bad Boys II and Midnight Traveler in case you didn’t know.

Which is why many were taken aback when they came across his post of him bald and dressed like a monk. Nevertheless, he is one hot monk!

Just when most of us thought it was a joke, his caption read “Spent my New Year 2021 by being a monk for 10 days and I felt so peaceful and knew myself more…” He was not joking!

His post went viral across Asia and from his nickname being ‘Asian Aquaman’, he is now known as “the hottest monk.” 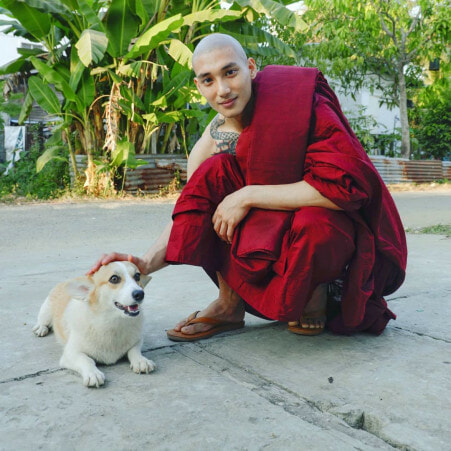 Before we continue to spam this entire article with loads more of pictures of Paing Takhon, we’ll just leave his Instagram handle here for you guys to check him out on your own: @paing_takhon 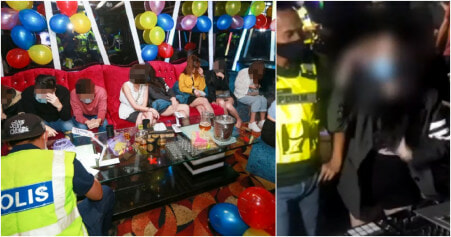