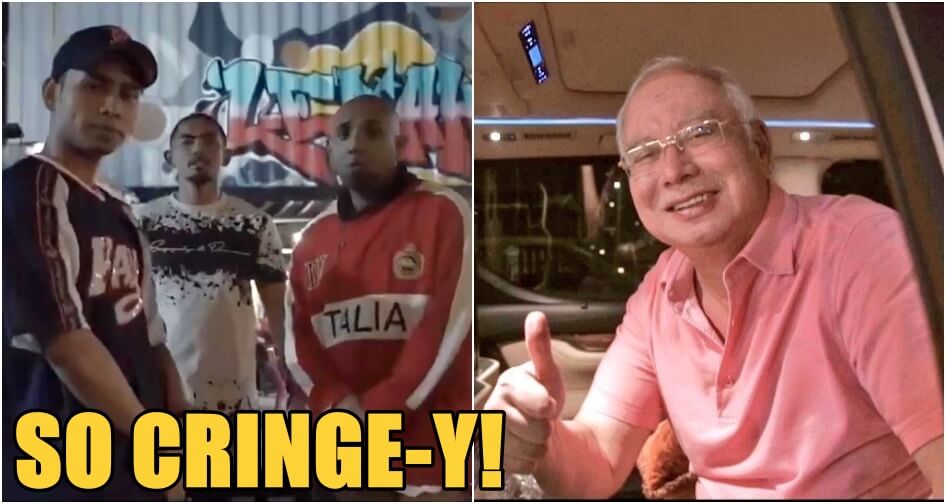 Rap aficionados turn away — Pekan MP Datuk Seri Najib Tun Razak also known as Bossku will be coming up with a new rap music video set to be released tonight (26 May).

Produced by businessman Ron Kamisan, the rap song entitled ‘Bukan Biashe-Biashe’ (BBB), meaning extraordinary, will be a collaboration between unknown rappers ADK and RASH the Warchild.

A teaser of the BBB music video has made its way onto social media featuring the singers chilling at a hipster food spot while ‘rap god’ Najib arrives on the scene in a white Vellfire.

Taking to Twitter, netizens were less than impressed with the music video and Najib’s newfound rempit persona.

Came back, worked in big corporations til becoming MP of Pekan & appointed youngest Deputy Minister at 25

Watching him trying to be a rempit is just painful. 🤦‍♂️ https://t.co/TA10ollueh

One netizen tweets, “I hope after watching this, you don’t batal puasa (stop fasting).”

However, someone was rather supportive of Najib’s newfound fan base, the mat rempits. 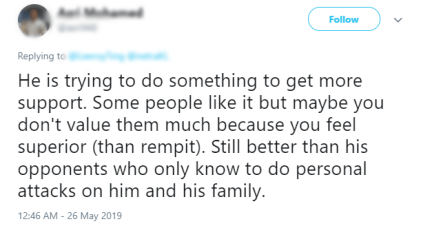 Another writes, “This is probably his way of attracting the youths’ support. And perhaps it’s working.”

Some condemned Najib, highlighting his desperation to maintain his fan base. One netizen writes, “Please hurry up and put him in prison before he comes out with more ‘catchy’ songs.”

Another commented on the un-rempitness of Najib’s ways as he rolls up to the scene in a Vellfire. He writes, “It defies logic that you can be a rempit in a Vellfire.”

With the reasons for Najib’s collaboration and involvement in the music video still unknown, it is now up to the public to decide what to make of Najib’s new found fame.

What do you think of Najib’s new teaser? Share with us your thoughts in the comments section! 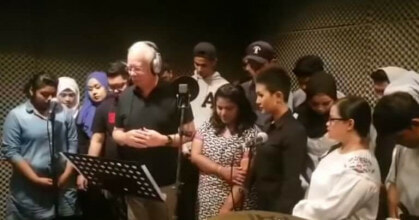