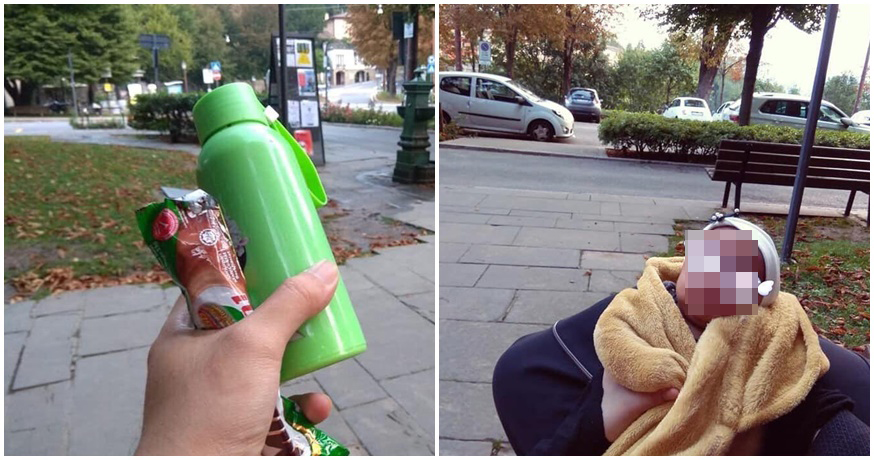 Travelling is a luxury for many people, and it’s not difficult to imagine why that is, between flight tickets and prices for hotels. While there are people who have gone through some extreme lengths to keep their travelling costs at an absolute minimum, this story might just take it to another level.

In a Twitter post that had recently gone viral, a netizen recounts a story she had read over social media about how one family tried to backpack across Europe on a minimal budget. According to the post titled ‘Survival Family’, the original writer who uploaded the story describes his experience of travelling through Italy with his wife and infant child.

“Since there was already a water fountain there, we’ll drink from it when we need to and only ate biscuits. I didn’t want to pay for accommodation as I wanted to save on cost. Rooms in normal hotels can cost up to 50 Euros for a night. Might as well sleep on the street for free.” 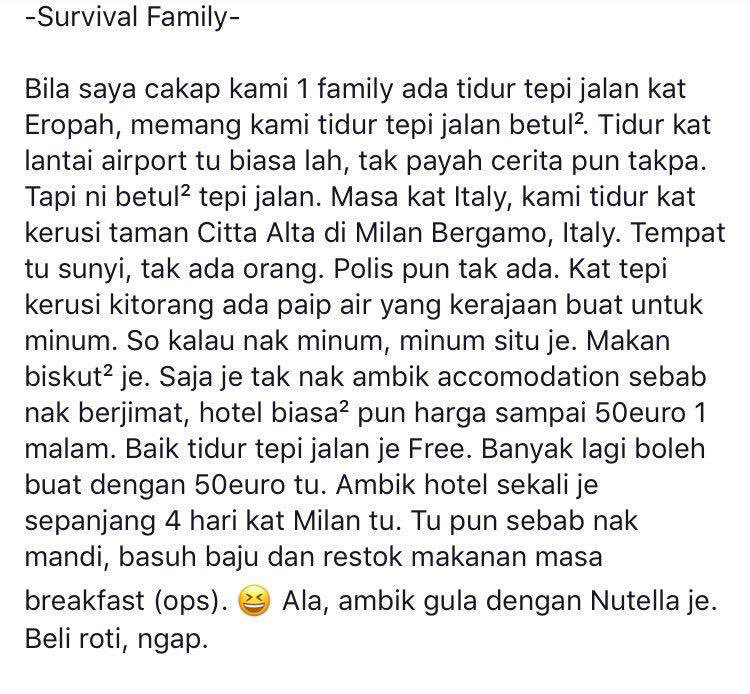 He then goes on to say that throughout their 4 days travelling in Milan, they only book a hotel once just so they could shower, do their laundry, and restock on food supplies at the breakfast buffet. The man also thanks his wife and infant child for not being too fussy about the way they decided to travel, adding:

“Thank God she (his wife) never grumbled. But she did cry once because her back hurt from having to carry her backpack and our baby for over 10 hours when we were delayed at the airport. That’s just how women are, they need to express themselves. They can’t keep it in.”

This is before mentioning how the three of them traveled by foot from their hotel to a bus station located 5km away, despite heavy rains.

Understandably, the story has sparked plenty of comments from Twitter users all over, most of which have criticised the man for putting his family through unnecessary hardship for the sake of saving on cost. One Twitter user comments: “The weakest men are the ones who let their family endure difficult lives for the sake of satisfying his own goals. If you don’t have the money to travel, don’t wind up traveling to someone else’s country to beg.”

Another Twitter user said: “It’s embarrassing to be a man like this. How can you have the heart to let your children wind up squatting?”

And here’s a response that suggested the family try sleeping in a drain, so they wouldn’t be seen by criminals!

However, the man has responded over social media to say that what had been posted online about him was taken entirely out of context, as the trip had been planned exactly as intended, and that they had only slept on the park bench to wait to check into his hotel. He also mentioned that they were travelling with all the necessary essentials for their baby, so that the baby would be comfortable and well taken care of.

As for the breakfast buffet, he mentioned that they took only leftovers. He refuted claims that he was poor, saying that he and his wife both had credit cards and could pay for what they needed, but decided that they wanted to try a new way of traveling for experience’s sake.

What do you guys think about this story? What other extreme ways have you heard of people using to travel on a budget?

Also read: Did You Know Malaysians Can Actually Renew Their Passport Online? Here’s How 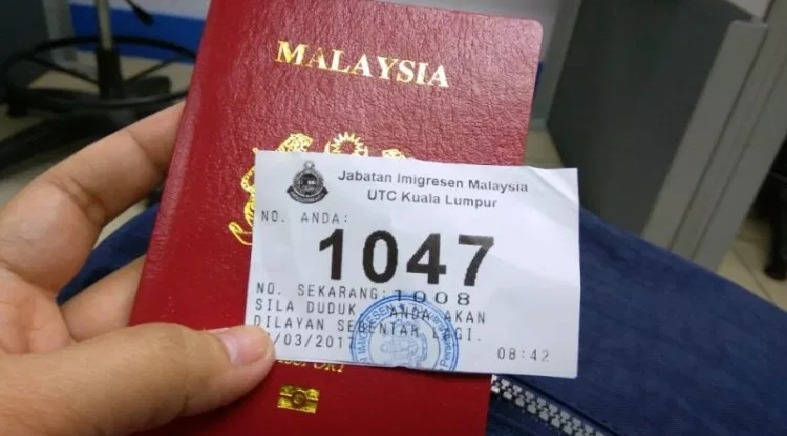