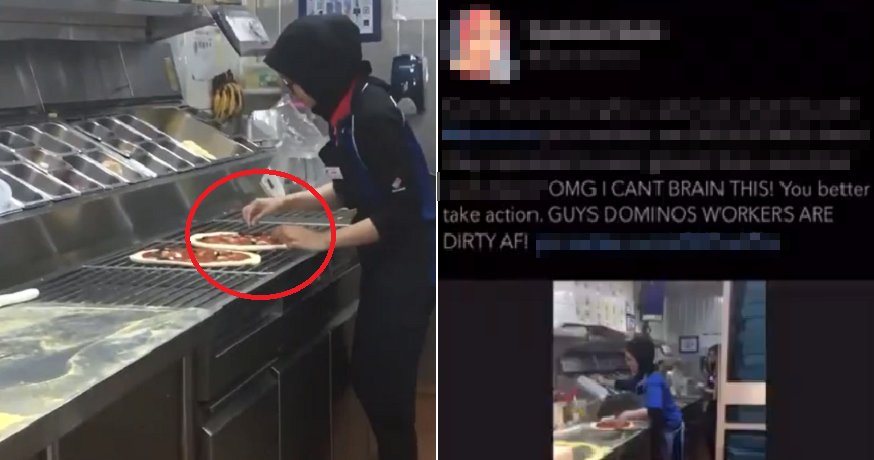 There is no doubt we all want our food to be prepared in the cleanest way possible.

However, a girl recently tweeted about how she witnessed employees in a Domino’s branch believed to be in Malaysia not wearing gloves. She entered the shop hoping to apply for a job but was left speechless at the sight of this “unhygienic” practice. Since the employees weren’t wearing gloves and had to handle tomato sauce, you can say she caught them red-handed. Geddit, geddit? 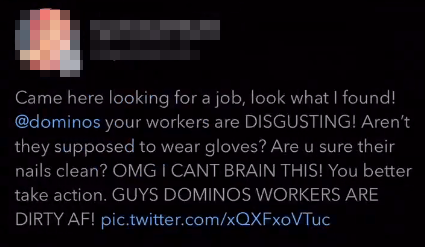 “Aren’t they supposed to wear gloves? Are you sure their nails are clean? Guys, Domino’s workers are dirty AF.”

The video she recorded can be seen below.

“Oh that’s good! At least someone finally told them off. It’s about time employees in the food and beverage sector prioritise cleanliness more.”

Unfortunately, that was not the case for this tale. The girl surprisingly started to get a lot of backlash online after a netizen took it upon himself to clarify the situation. 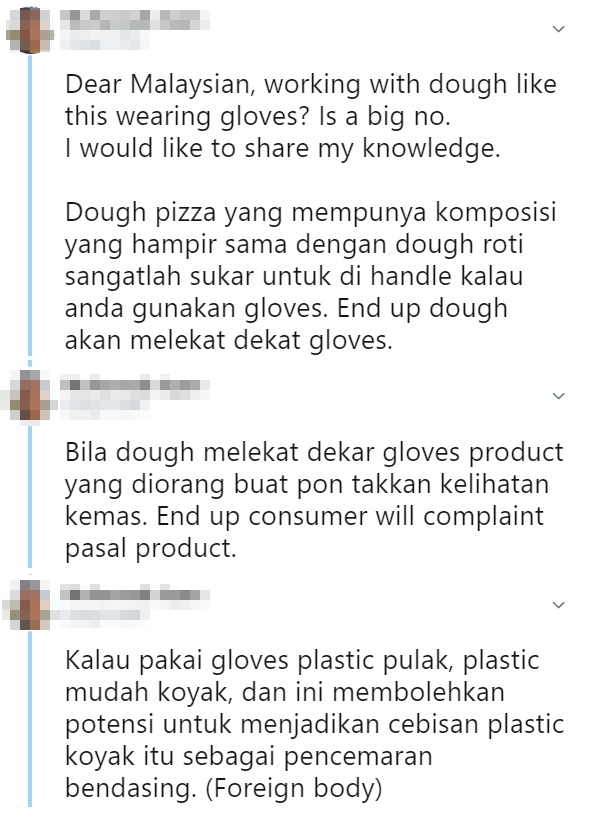 “Dear Malaysians, working with dough like this while wearing gloves is a big no-no. I would like to share my knowledge. Pizza dough has a similar composition as bread dough. Both of them are really hard to handle using gloves as the dough will end up sticking on them.”

“When the dough sticks to the glove, the end product won’t look very neat. Customers will surely complain because of that. Besides, your plastic glove is prone to tearing if it sticks to the dough. Your pizza may also potentially have bits of plastic in them.”

Other netizens criticized her quick judgment, indicating that she should have understood the situation before making blatant accusations. 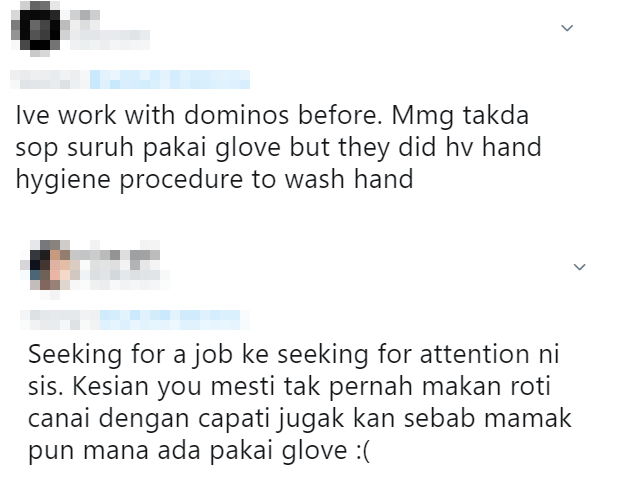 Here’s a translation of their comments:

“I’ve worked with Domino’s before. It isn’t a part of their standard operation procedure (SOP) to wear gloves but they do have a procedure for you to wash your hands.”

“Are you seeking for a job or are you just looking for attention? It seems like you’ve never eaten roti canai because even workers at the mamak don’t wear gloves.”

What do you guys think about this controversial issue? Let us know in the comments section below! 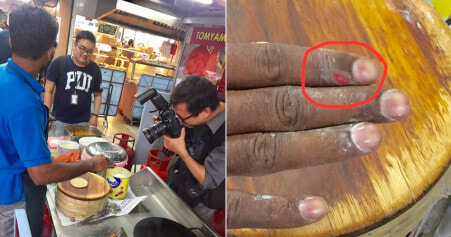