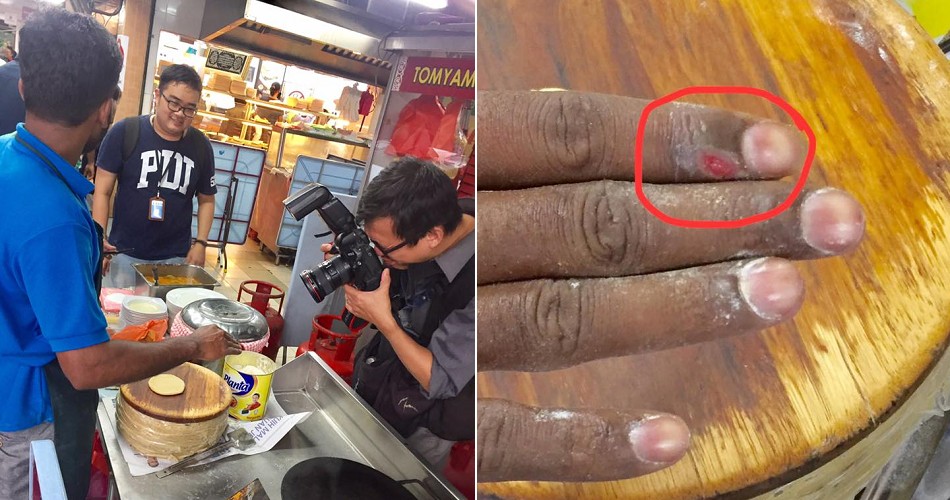 Who makes food when they have an open wound on their hand or fingers! :O

A netizen recently shared photos that showed a mamak staff making dough with an open wound on his finger. According to Lobak Merah, Aidil Nezam who works as a photographer was at that particular mamak restaurant because he was working on an assignment. He was there with his other colleagues who were journalists too. 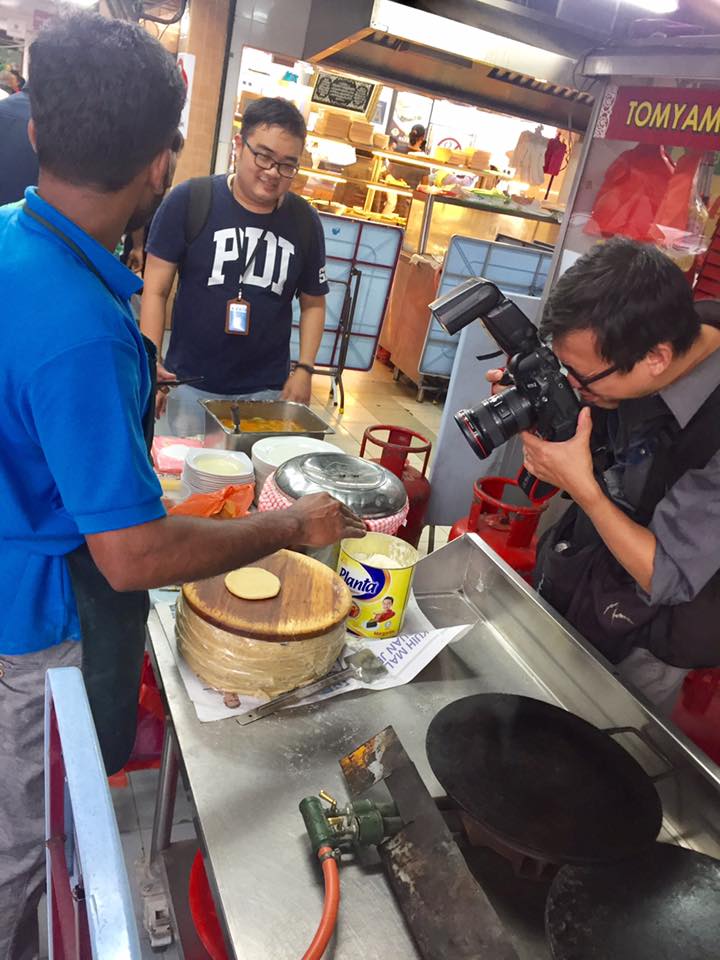 Aidil then took the liberty to share the concerning pictures on Facebook in order to caution people of the hygiene level of certain mamak restaurants. His post was also accompanied by a message which read,

“Who loves hanging out at the mamak? This is for you… a cook from India has scabies. Who knows if he has TB, HIV or any contagious diseases. We would just eat (the food) without knowing that.”

Here are some of the photos he shared on Facebook: 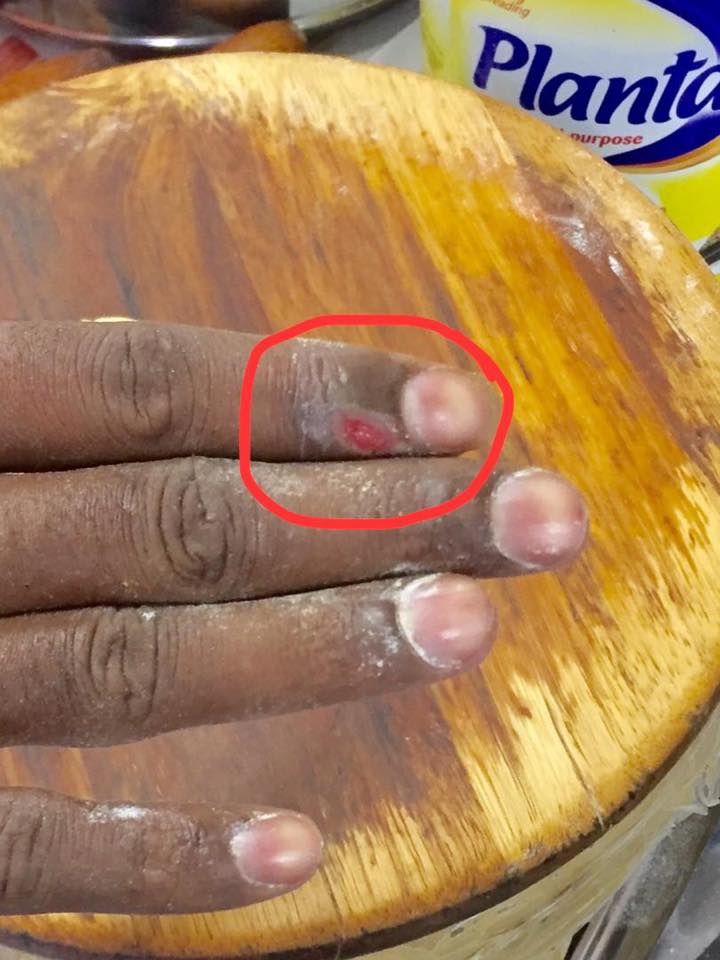 He also pointed out that the man wasn’t wearing any gloves or plastic hair cap. Not only that, he mentioned that this was only the front of the restaurant and he hadn’t checked out the restaurant’s kitchen yet. Oh my, I wonder how would the kitchen look like?

FYI, Aidil decided not to reveal the mamak’s restaurant name because he didn’t mention it on his post.

Well, this is surely an unhygienic practice and obviously, many netizens were grossed out by this post.  Some netizens even vowed to never set foot in a mamak restaurant anymore. Here’s what other netizens said:

Meanwhile, one netizen shared that she had never been to a mamak restaurant because of its questionable cleanliness.

While we’re not sure if the wound on the worker’s finger is indeed scabies, it’s still unhygienic to not wear gloves whilst handling food. Hopefully, the authorities and the restaurant owner will look into this matter and solve it promptly. 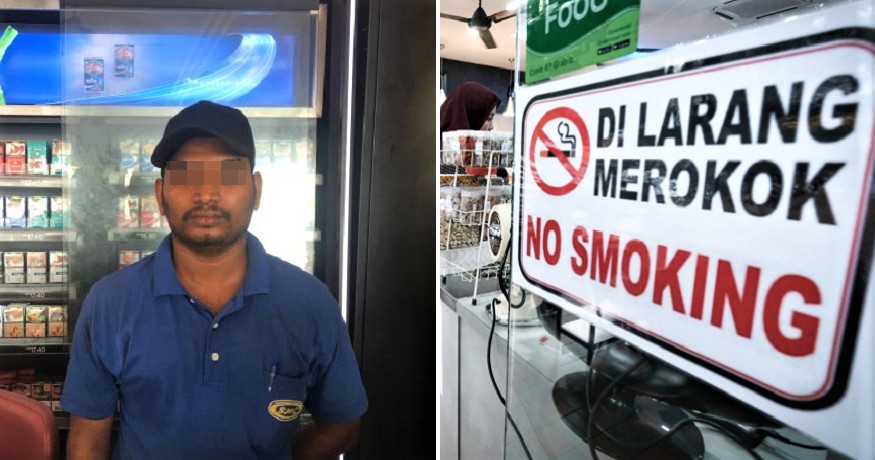