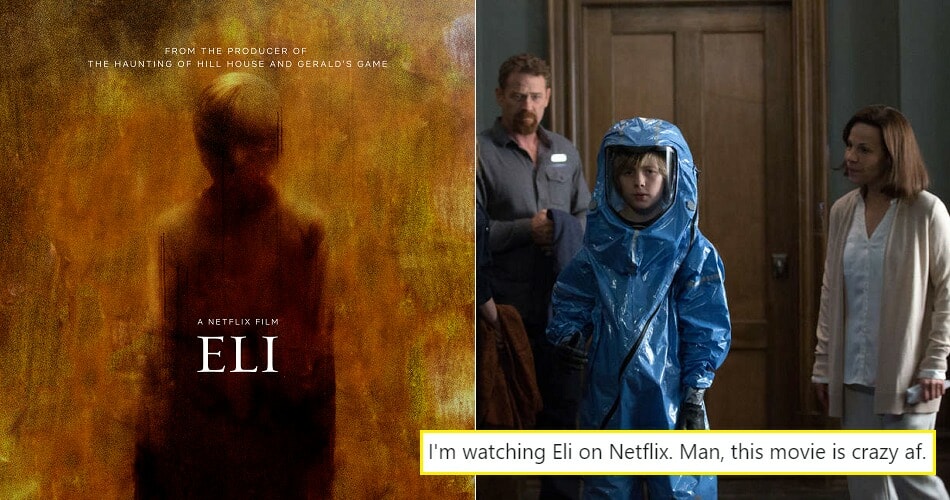 Halloween is around the corner and I’m sure, we’re all looking for a good horror flick to watch for our annual Halloween movie night, right? Well, look no further because Netflix may have the right movie for you!

Apparently, this movie is so scary as a netizen swore that she saw demons out of the corner of her eyes after watching the movie, reported the Independent. Of course, her statement was hyperbole, but we aren’t kidding when we say that this new movie on Netflix, Eli, shook the Twitter-verse. You can start by watching this trailer for Eli:

Before we go dive in any further, this article may contain spoilers from the movie so if you hate spoilers, you may want to stop reading this now.

The movie is about Eli, a young boy who suffers from an auto-immune disorder that doesn’t allow him to interact with the outside world. His condition is so terrible that he must always wear a plastic suit to stay safe. Therefore, his parents sent him to a remote facility in hopes to get Eli treated.

At first, things looked promising because for the first time ever, Eli was able to interact with other people without hiding inside a suit. But, that didn’t last long because while the doctors were experimenting with different treatments on Eli, he started experiencing supernatural activities around him. That’s when you know shit is ’bout to get real!

*A quick spoiler warning. Scroll back up now, or scroll past the next 2 paragraphs fast!

The whole movie seems like your typical horror movie but the climax took a 360 degree turn. Daily Mail wrote that during the last hour of the movie, young Eli turned out to be the son of the devil, himself. I’m sorry, what?

Dr Horn – who was played by The Conjuring-fame Lili Taylor – strapped Eli “into restraints and throws holy water at him” because you know…he’s the devil’s son and they want to exorcise him. Thus, Eli used his powers to escape and set the doctor, nurses and the whole premise on fire. I- i… *takes a deep breath*

So, obviously, people who watched the movie were blown away, and they were almost terrified by the unexpected climax as they claimed it was intense. You can read some of their responses to the movie below:

Woah. #Eli on Netflix was better than I thought it’d be. What. A. Twist. pic.twitter.com/XQKDBHH9LI

Watched Eli on Netflix. Fairly standard ghost story, but still pretty well made. And then a ridiculous twist that had me like… pic.twitter.com/rGdVkNtDbg

Watched that new horror movie on Netflix “Eli” yesterday with @MrBOJANGLEz_ and my office door just slowly creaked open for no reason and now I’m sitting here like: pic.twitter.com/fJhHgVGScQ

Netflix’s #Eli is absolutely bonkers. Starts off as your stereotypical bubble boy meets haunted house with evil spirits thrown in. But the writers must have done HELLA drugs towards the end of writing the script because the last 20 minutes are a rollercoaster of batshit insanity! pic.twitter.com/CVFbVAhW6P

Now I’m very intrigued to watch this movie and it will definitely be on the list for my Halloween movie marathon night. What about you? Will you be watching this movie as well, or do you prefer to sit this one out? Let us know in the comments below! 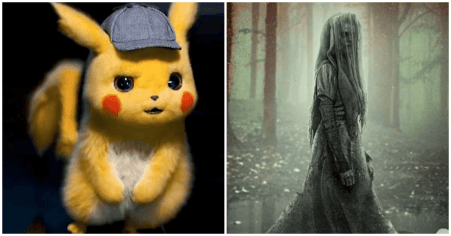