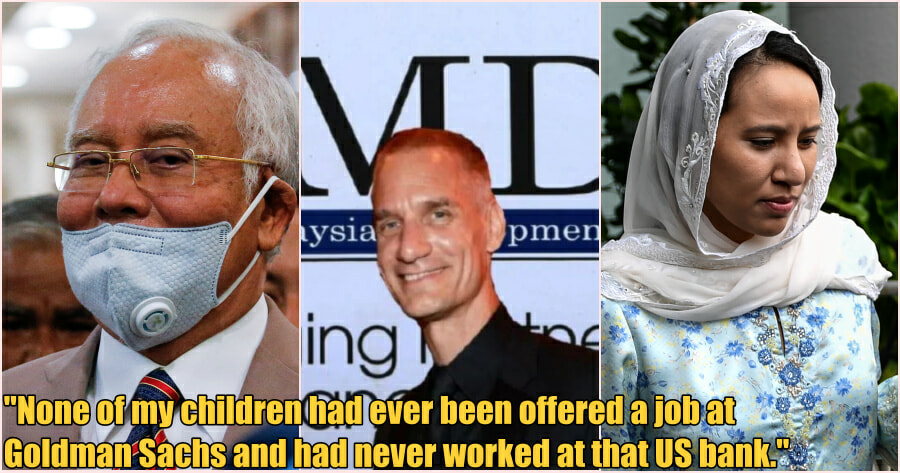 The ongoing federal conspiracy trial of former Goldman Sachs Group Inc. banker, Roger Ng in the US has led to a number of revelations including an agreement between former Prime Minister Datuk Seri Najib Razak and ex-Goldman chief Lloyd Blankfein to get Najib’s 3 children jobs at the bank.

Following the outrage that has sparked from these revelations, Najib has taken to his social media to clarify what had actually happened.

In a Facebook post, he writes, “None of my children have ever been offered a job or even worked at Goldman Sachs.”

“Whilst the headlines of the local media gave the impression that I was being bribed by Goldman Sachs who offered for my children to work at the bank, what former executive witness Tim Leissner described was their ATTEMPT to bribe me,” he explained.

“Yet this did not happen and none of my children had ever been offered a job at Goldman Sachs and had never worked at that US bank.”

He went on to admit that Leissner did recommend his daughter to apply for a job at TPG Capital, a company in Hong Kong which has nothing to do with Goldman Sachs, where she worked for a year in a junior position. 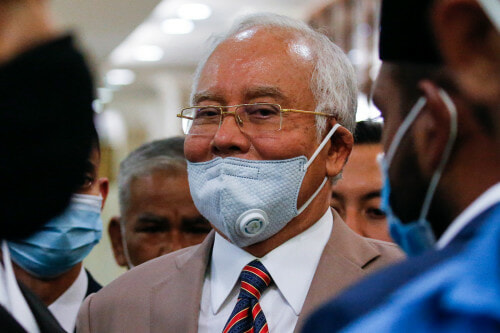 Najib went on to shift the attention to Bank Negara Malaysia who had allegedly given immediate approval for 1MDB to transfer funds up to US$1 billion to PetroSaudi and Good Star.

“I wonder why the media is touching on the employment issues of my children when Leissner’s statement in court also included allegations that BNM’s approval for 1MDB to transfer US$1 billion to PetroSaudi and Good Star was given immediately because the husband of the then BNM Governor had been bribed.”

Najib’s daughter was merely an intern

In another post, Najib’s daughter, Nooryana Najwa explained how she had come to work under TPG.

“Meeting senior banking professionals such as Roger Ng and Tim Leissner was nothing more than an opportunity to learn more about Goldman Sachs demanding analyst program,” she said.

She added that, “Any college senior will attest that you need to do your groundwork and network with industry professionals in order to land a competitive job that matches your interests.”

When I was a senior in college, the prospects of entering the working world seemed daunting – a plethora of career…

“Yes, I did inquire if Goldman Sachs had such interdisciplinary roles. I was prepared to interview for them. And yes, I was told that Goldman Sachs does business with the government of Malaysia so it could be a conflict of interest,” she stated.

“Tim Leissner then introduced me to the fundraising group at TPG , a global Private Equity firm. I interviewed for an intern analyst position at the TPG London office. Yes, an intern. This meant you’re at the bottom of the food chain.”

“Besides your core job scope you’re also responsible for the spadework. You’re the PowerPoint girl, the photocopying girl, the coffee girl and the delivery girl just to name a few,” said Nooryana.

She also explained that due to TPG’s strict compliance processes, they had an internal ruling that given her father’s government position, she would not be allowed to participate and or work on any Malaysian investor accounts.

“After about 11 months as an intern I was promoted to a full-time analyst following an internal performance review and transferred to the TPG Hong Kong office where I spent 1.5 years working on the TPG Asia fundraising efforts.”

What do you think of this? Who is to be believed? Let us know in the comments.

Also read: Ex-Goldman Chief Agreed With Najib to Secure Jobs For His Children in Return For Lucrative Business 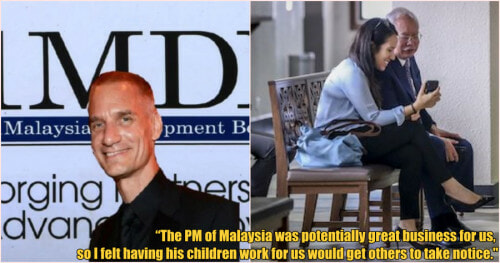