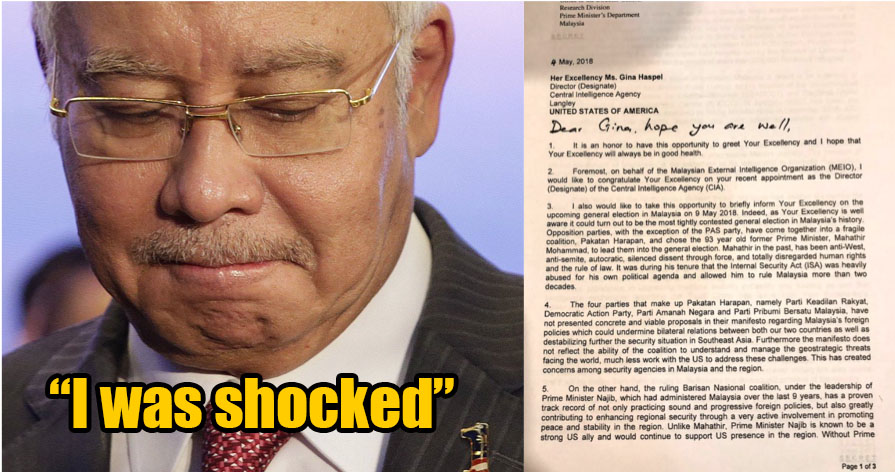 If you’ve caught up with the news, you might’ve heard about this controversial letter that was allegedly sent to the CIA in the US from our very own PM’s department right before GE14.

In an exclusive article released by Malaysiakini on Thursday (19 July), it was reported that the Prime Minister’s Department had allegedly wrote a letter to the Central Intelligence Agency (CIA) director, Gina Haspel, seeking US’ support for Datuk Seri Najib Razak’s administration, five days before 14th General Election.

Let’s break down what we know so far.

The three-page letter by the intelligence unit under the Prime Minister’s Department, among other things, appealed for US to support his administration “even if we win the election by a simple majority or just one seat”.

As quoted from the letter, “Any indication that the US government would continue to support prime minister Najib and his government would definitely strengthen our stability and enhance the existing cordial relationship driven by the strong rapport between our two leaders.”

The letter also stated that Dr Mahathir is harmful to the US and its interest.

“Your Excellency must be well  informed that Mahathir, essentially, is not a reformer that could enhance Malaysia’s national interest as he joined the Opposition for his own self-interest,” read the letter.

The letter signed by Datuk Hasnah Abdul Hamid, the director-general of the intelligence unit further clarified that Dr Mahathir has been anti-West, anti-Semitic and autocratic, while also ignoring human rights and the rule of law.

The letter goes on mentioning about the importance of Najib Razak as a leader in the South East Asia region, which will be a reliable ally as the other Indo-China countries are siding with China.

The full letter can be read here.

However, the former prime minister has said that he is not behind the letter and that he was unaware of such letter being sent to the CIA.

As quoted by Harian Metro, he said,

“I was shocked. I never knew the existence of the letter. Not every letter has to go through me.” 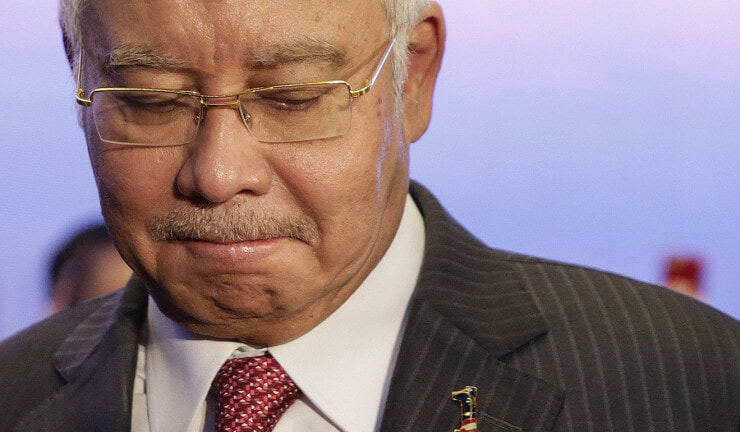 He further clarified that any intelligence agencies have autonomy in exercising their responsibilities based on their own judgement. “Even though I did not have the chance to see the letter, but from the reports by the media, the letter is meant to maintain the support from US toward Malaysia after the 14th General Election,” he added.

Perhaps the police should start an in-depth investigation on this?

Former Malaysian Bar president, Zainur Zakaria, has since requested the police to look into the matter as the letter is an offence under the Security Offences (Special Measures) Act. 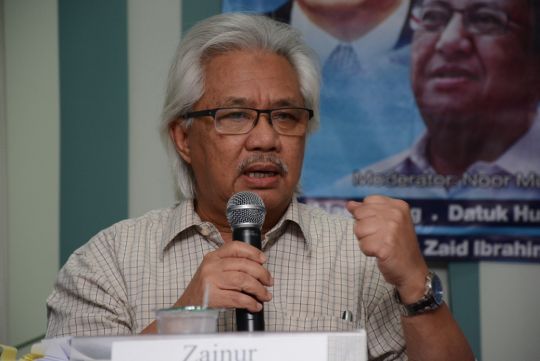 In an interview with FMT, he stated that, “This act seeks to procure an election result favourable to Najib and Barisan Nasional (BN) by unlawful means and also affects the security of Malaysia.”

“Surely, as prime minister, it is ridiculous for him not to be aware. It concerns a very serious important issue that affects the democratic process and national security of the nation,” he added.

The current location of Datuk Hasnah Abdul Hamid is unknown.

Hopefully the cops will look into this serious matter ASAP as our national security could be at stake. 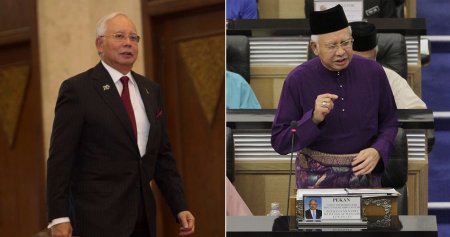