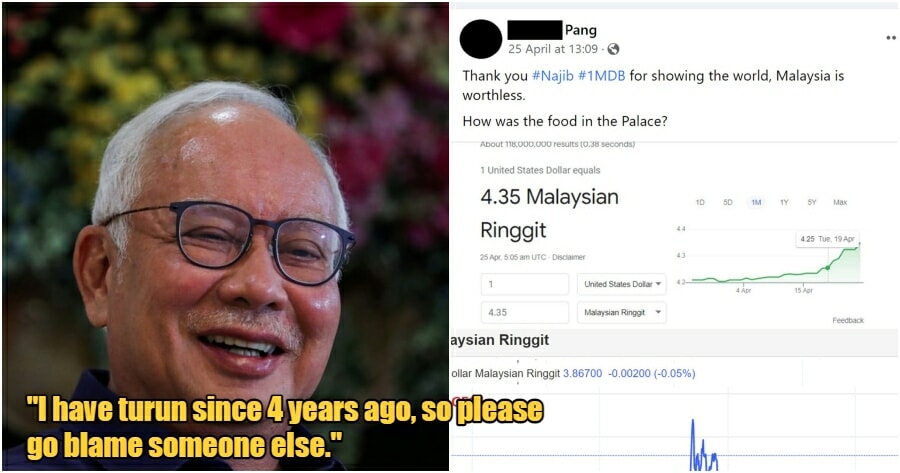 Ringgit Malaysia once again dropped to a new low. As of today (29 April), USD 1 is equivalent to RM4.35.

A netizen has since blamed the fall of the ringgit on former Prime Minister, Datuk Seri Najib Razak. 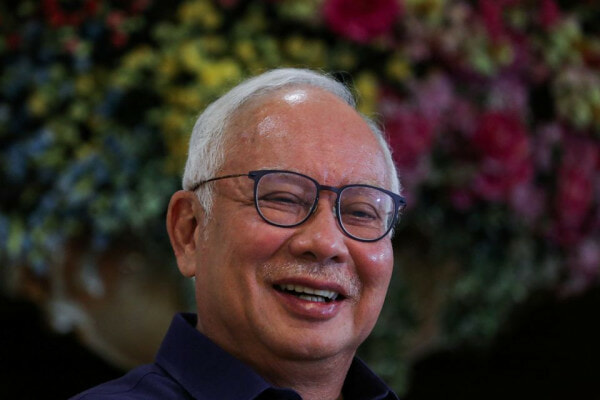 “Thank you Najib & 1MDB for showing the world that Malaysia is worthless. How was the food in the palace?” the netizen asked, in reference to Najib’s recent dine in with the royal family.

This morning (29 April), Najib responded to the blame via his Facebook post and said that when he was governing the country, the Ringgit was never this low. Back then, before the 14th General Election, USD1 = RM3.83. 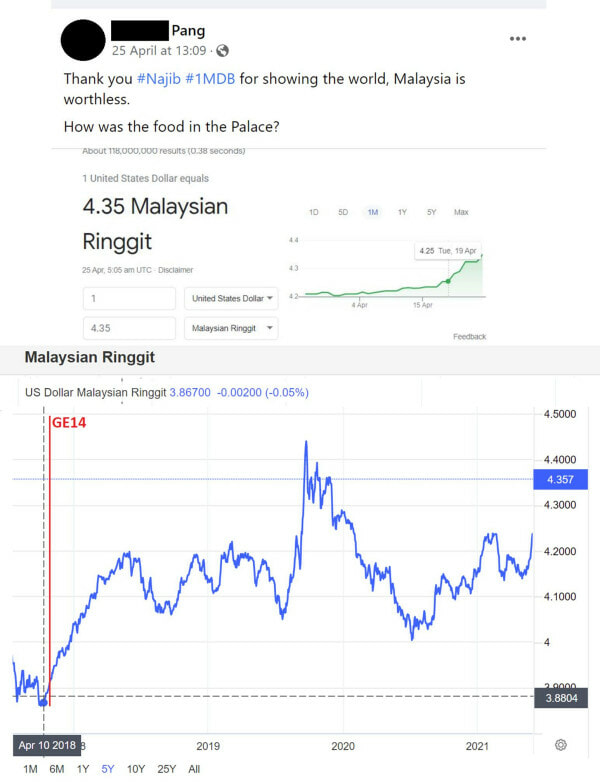 “Since GE14, the Ringgit has weakened considerably and has never recovered to what it was before GE14 – not even once,” he reiterated.

As Najib refuses to take the blame, he asked the netizen to blame someone else and he gave him a short list of names that should take the fall.

Najib stated that Tun Dr Mahathir back then promised the rakyat that when Najib falls, the ringgit will rise again.

He ended his post by saying he has since “turun” (descended from the stage) 4 years ago after the GE and asked the netizen to go blame someone else.

Why am I being blamed for the Ringgit's current weakness?Before GE14, the Ringgit was around US$1=RM3.83.Since GE14,…

In the comment section, Najib added that when Pakatan Harapan took over Putrajaya, the ringgit once fell to as low as USD1 = RM4.40 and he is still waiting for Mahathir’s prediction about the recovery of the ringgit to come true.

Do you think that Najib should be blamed for the new low of the Ringgit? 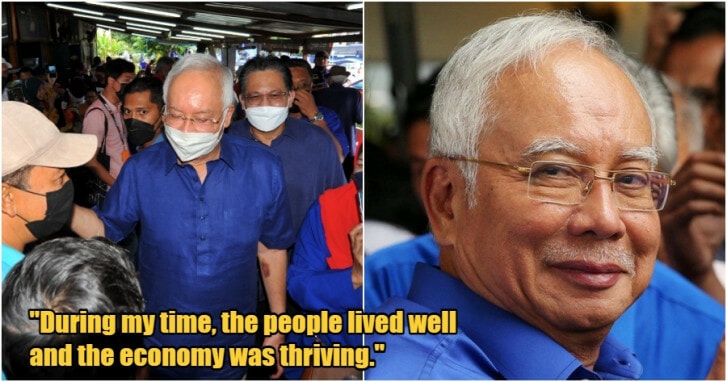