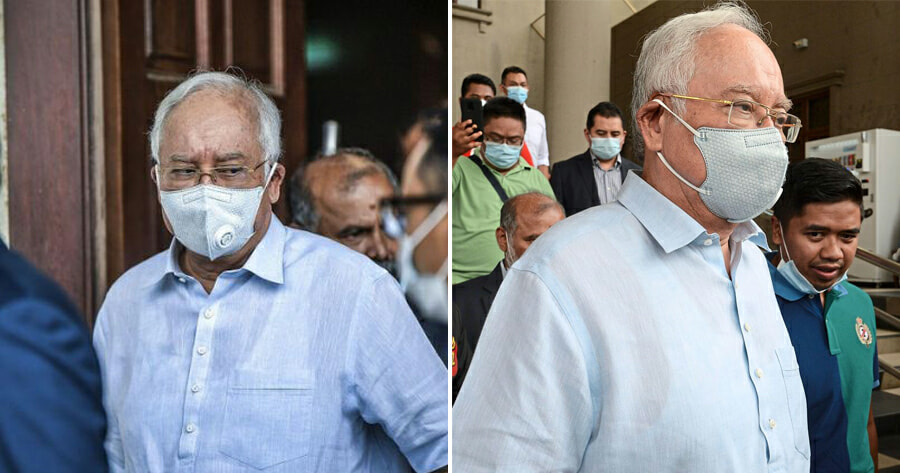 Datuk Seri Najib Tun Razak has paid the RM1 million bail ordered by the High Court on 28 July after he was convicted of all seven charges in the SRC trial.

According to Bernama, the former prime minister had arrived at the court at about 1pm clad in a light blue shirt. His son, Norashman, who is believed to be his bailor, was accompanying him. He was then seen leaving the High Court criminal registry at 1.30pm.

As he was passing by media members and photographers who waited for him at the court’s lobby since 9am, Najib jokingly said, “You already took a lot of my pictures yesterday,” reported NST. 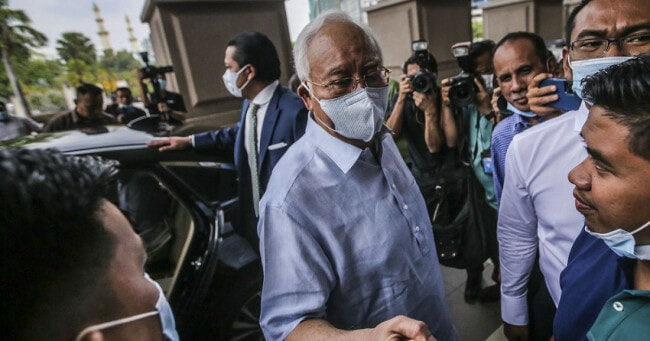 Najib, who is already on an RM1-million bail, had his bail increased to another RM1 million as ordered by the High Court as one of the two conditions for him to be released pending an appeal to the Court of Appeal.

He has also been ordered by the court to report to the nearest police station twice a month as the other condition.

With the latest bail paid, Najib’s total amount of bail paid for all his court cases now stand at RM7 million, according to The Star. 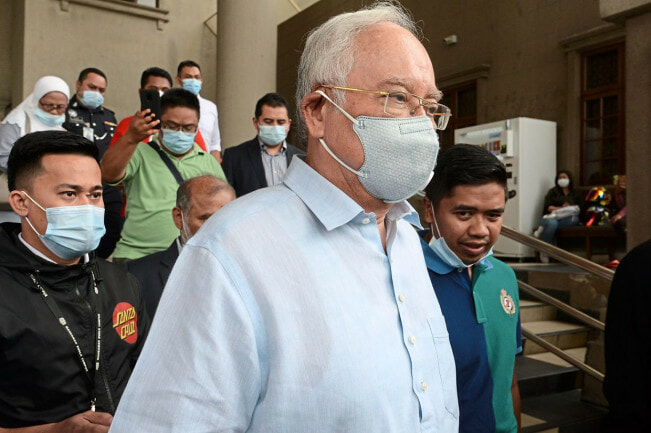 The 67-year-old Pekan MP was sentenced to a total of 72 years in jail and fined RM210 million after being found guilty on seven charged of criminal break of trust (CBT), money laundering and abuse of position which involves RM42 million in SRC International Sdn Bhd funds.

However, High Court Judge Mohd Nazlan Mohd Ghazali has ordered all the jail sentences to run concurrently, which means Najib would only need to serve 12 years in jail. 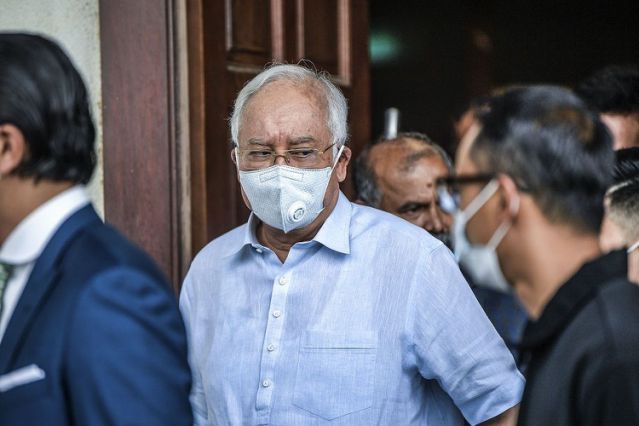 In a Facebook post yesterday (29 July), Najib expressed his gratitude towards those who came to the Duta Court Complex to support him and has revealed that he wants justice.

“This is not the end. My journey still has a long way to go with the next stage of the judicial process.”

Also read: Najib Says He’s Touched By Crowd That Showed Up To Support Him & He Wants Justice