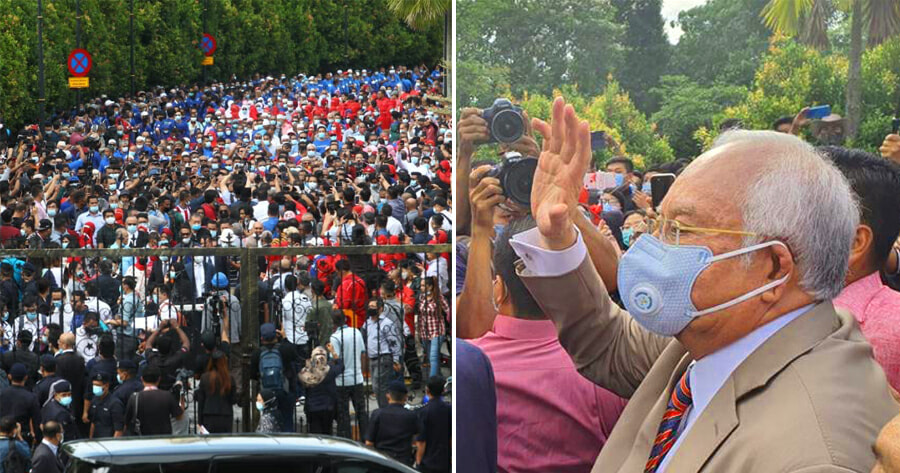 It’s been less than 24hours since former Prime Minister, Datuk Seri Najib Razak was found guilty of all seven charges in the SRC trial and has been sentenced to 12 years in jail and fined RM210 million. While this piece of news is still fresh in every citizen’s mind, one must wonder how the convict himself must be feeling.

Well, according to one of his latest Facebook posts, he expresses that he is touched by all those who showed up at the Duta Court Complex to stand in solidarity with him as he faced his trial yesterday (28 July). He described his day as a “long day” that had come and gone and said that he did not expect the decision from the judge.

The former prime minister then goes on to narrate what he saw as he arrived at Masjid Wilayah. 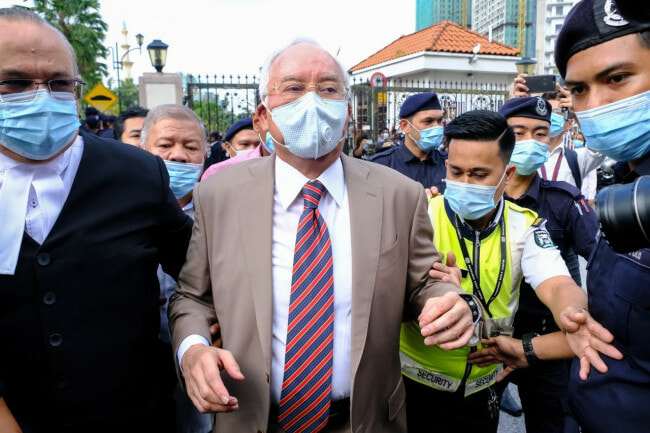 “Through the car window and while walking towards the court, I saw the faces of young people in their 20s and 30s. I saw senior citizens, uncles and aunts. Some are even disabled people sitting on wheelchairs,” he wrote.

“Representatives of other parties from the north, from the East Coast, were also there, however, I did not recognise most of the people there.”

Najib then goes on to say that he understands there is a need to comply with the Covid-19 standard operating procedures and said that all those who were present obeyed the police’s warning and dispersed immediately.

He adds that he asked the officer while in the yard, “Who are they? Why are they here?”

To which the officer said, “They are here for you, Sir.” 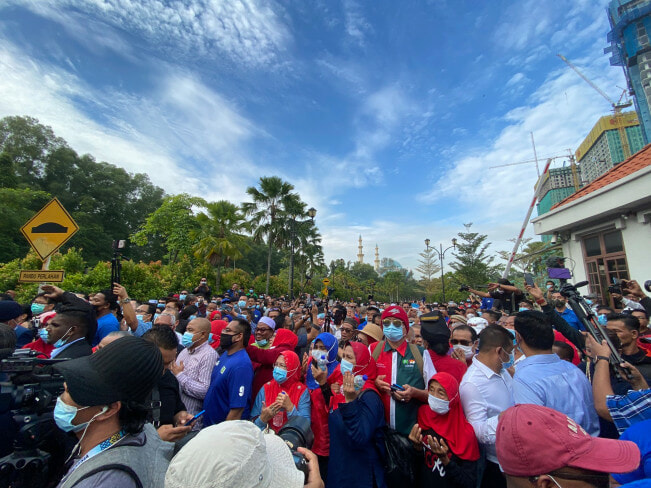 Najib reveals that he was very touched by that answer and adds that he was told some of the people there were even villagers, contract workers, small traders and canteen operators and that people from all walks of life who received benefits and assistance when he was the Prime Minister were there.

He then expresses his appreciation for all those who came to show support.

“Sincerely from my heart, I want to convey a message to all. I could not meet you and could not respond to your words of support one by one. Please forgive me,” he said.

“I did not expect this. I have found such valuable ‘assets’ in my brothers and sisters and true friendship.” 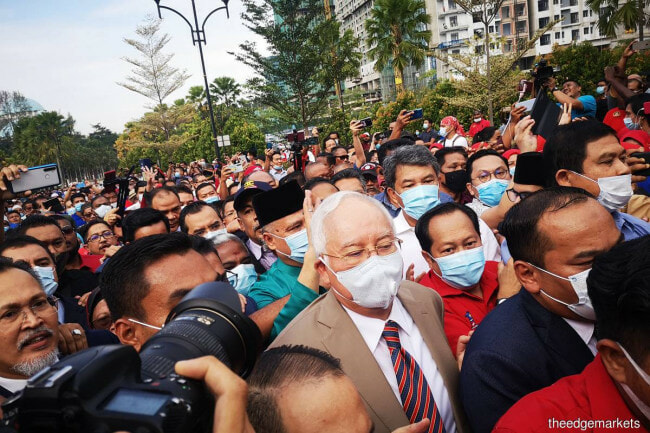 “This is not the end. My journey still has a long way to go with the next stage of the judicial process.”

Najib’s defence team has since made a request to High Court Judge Mohd Nazlan Mohd Ghazali for the mitigation to be heard on 3rd August, reported Bernama.

“It is not something new to support the mitigation factor. There will be no prejudice on the prosecution for the court to adjourn the mitigation on Monday. My client would not go anywhere as the country is still under lockdown due to Covid-19 pandemic,” he said.