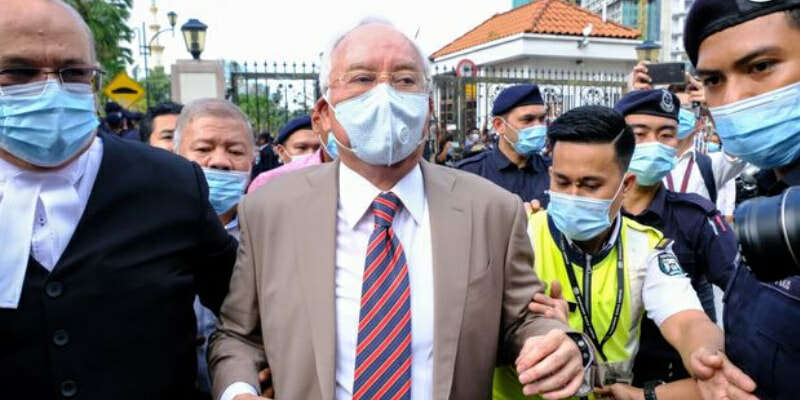 Former prime minister, Dato Seri Najib Razak, who was found guilty of all seven charges against him will now have to face the consequences of his actions.

As according to Bernama, he will be facing jail time as well as a hefty fine.

Najib Razak has been sentenced to 72 years jail term in total, to be served concurrently:

Three counts of money-laundering, 10 years jail term for each count.

Three counts of breach of trust, 10 years jail term for each count.

One count of abuse of power, 12 years jail term and an RM210 million fine.

“I did not demand for the RM42 million. I did not plan for it nor was it offered to me. There has been no evidence of witnesses that say so. I have no knowledge of the RM42 million. That’s all I have to say,” Najib said at the dock during mitigation.