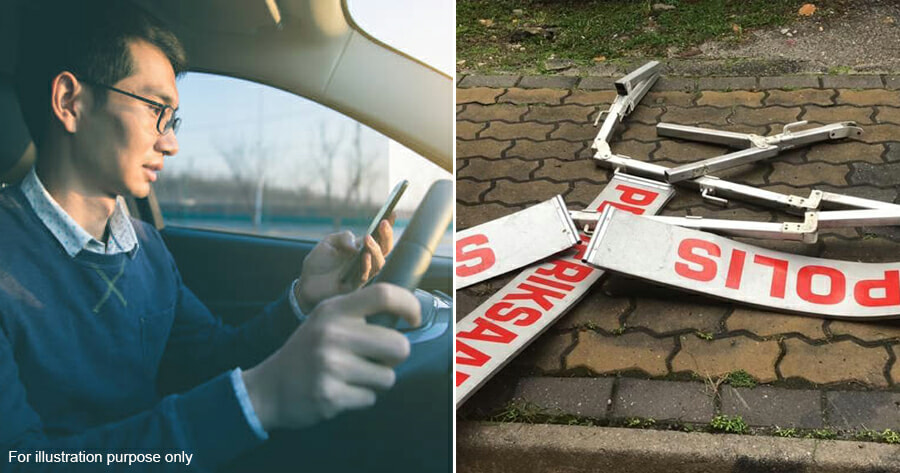 A 40-year-old man was arrested after he crashed into a police roadblock at Old Klang Road while using his mobile phone, reported Sinar Harian.

According to Brickfields District Police Chief, Assistant Commissioner Anuar Omar, the man was driving a Perodua Myvi when he crashed into a “police inspection” sign at 5.50pm on 17 January.

“Investigations revealed that the man admitted to using his mobile phone while driving and was distracted,” he said.

“The man claimed he had gone out to buy food at Taman Gembira on Jalan Klang Lama here.” 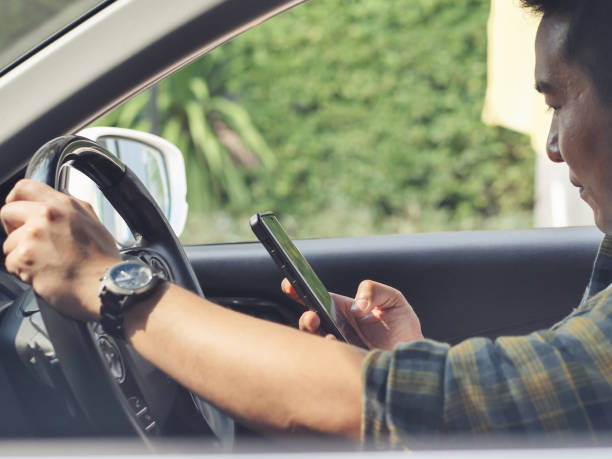 Anuar Omar added that the suspect did not have any criminal record and the result of the urine test came out negative.

Bernama reported that the police then arrested the suspect and seized the car he was driving.

Meanwhile, the case is now being investigated under Section 26 (2) of the Police Act 1967 which states that,

“Any person who fails to comply with any reasonable signal of a police officer requiring such person or vehicle to stop before reaching any such barrier shall be guilty of an offence and shall be liable to imprisonment for a term not exceeding 12 months or a fine not exceeding RM1,000 or to both.” 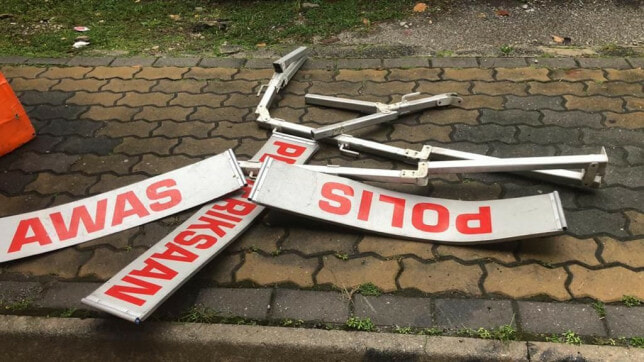 Anuar Omar advised the public to always be careful when driving because negligence will endanger themselves and other road users.

“The public is also required to comply with the standard operating instructions and procedures (SOP) related to the Movement Control Order enforced by the government,” he said. 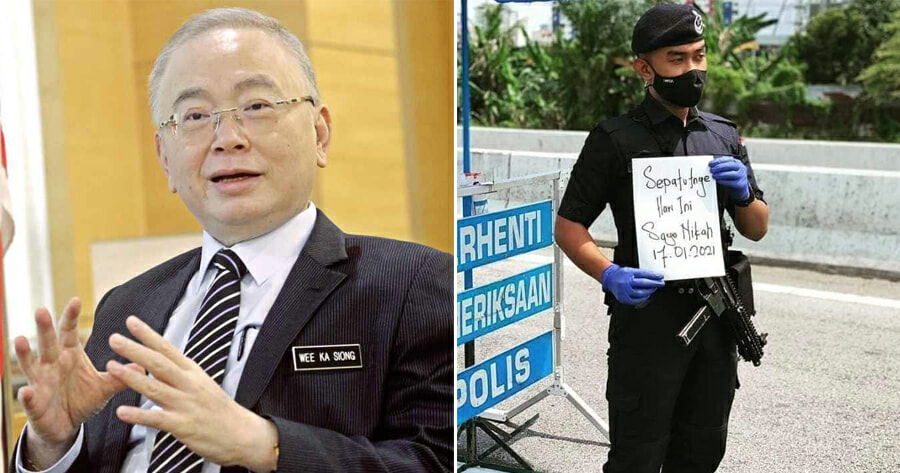