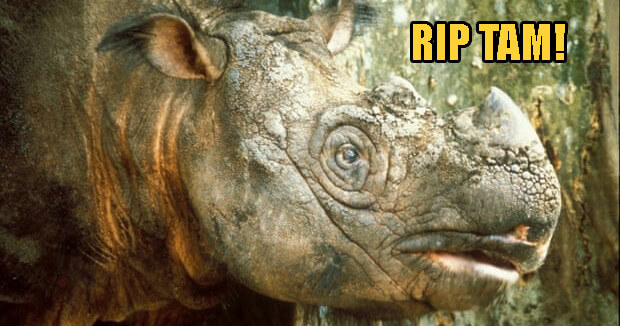 Just about a week ago, Malaysia was faced with the devastating news that our country’s last surviving male Sumatran rhino was in critical condition and had been suffering from liver and kidney damage for a while.

The rhino named Tam, believed to be in its 30s, had been receiving round-the-clock attention and medication and several tests had revealed that more of its internal organs were failing.

However, despite intensive care, Tam succumbed to its illnesses and died today (27th May) some time around noon, reported The Star. 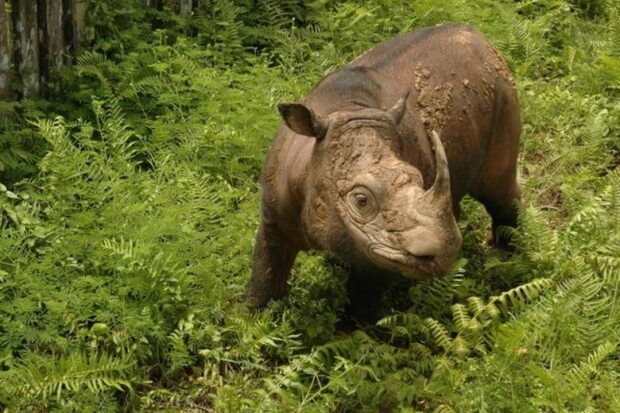 “Regrettably, Tam died at mid-day, around noon on Monday (27th May). Invariably, everything that could possibly have been done, was done, and executed with great love and dedication,” said Sabah Tourism, Culture and Environment minister Datuk Christina Liew.

Liew revealed that the cause of Tam’s death was old age and multiple organ failure, but more details of its death will soon be revealed once the autopsy report is completed, reported Malay Mail.

Meanwhile, Augustine Tuuga, Sabah Wildlife Department director, said that he is gathering more information on Tam’s death while the next course of action is still in discussion. A post-mortem on the rhino will also be conducted soon, according to Wildlife Department assistant director Dr Sen Nathan. 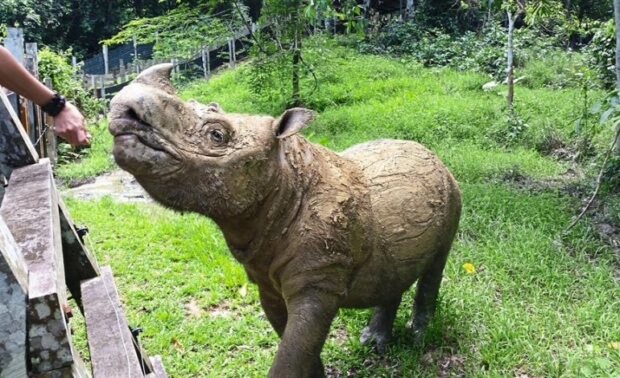 Iman, a female, is the only Sumatran rhino existing in Malaysia but is currently suffering from a ruptured tumour in her uterus and is unable to produce fertile eggs.

However, not all hope is lost as Tam’s living genome has been preserved for cell culture.

“We hope that with emerging technologies at cell and molecular level, he may yet contribute his genes to the survival of the species,” she said.

RIP Tam! 🙁 It’s truly heartbreaking to see so many species of animals going extinct due to one reason or another. Let’s hope that we as humans will be able to do something about it and prevent even more animals from dying before reproducing. 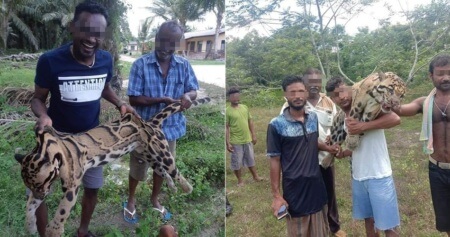