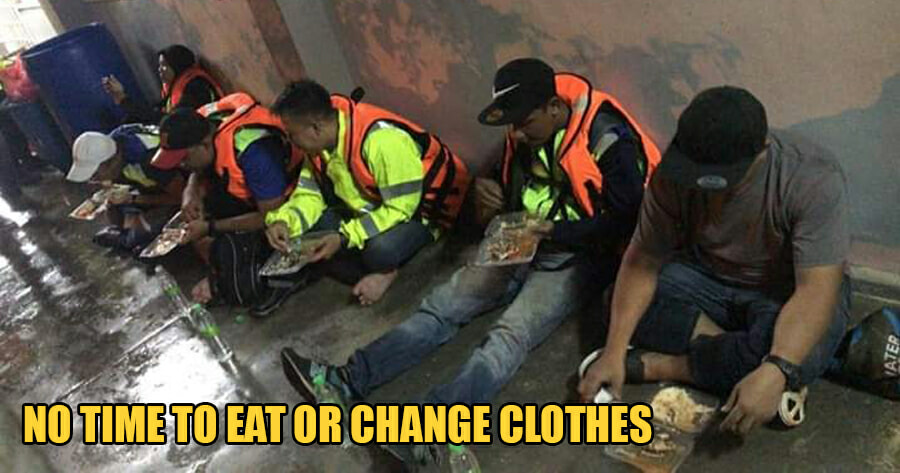 Many states in Malaysia have been having disastrous floods that have left many residents homeless due to the heavy rain, especially in the state of Johor.

On 9th December, over 700 people from Johor had to be evacuated as flood waters rose up to one metre deep, according to Flood List. This flood affected 165 families who have been brought to relief centres in the district.

As of 15th December, Flood List reported that a second wave of floods hit parts of Johor, and 3,835 residents had to be evacuated.

“Over 50 shelters have been set up to house those displaced. The worst affected district was Mersing with 1,262 evacuees, followed by Kota Tinggi with 1,071 and Kluang with 1,053 people displaced,” they said.

Because of these massive floods that have affected so many people, rescuers have been working hard day and night to get these people to safe areas.

A photo posted on Facebook shows rescuers sitting on wet floors, gobbling down their food before they have to get back to work again.

The caption reads, “What we don’t see behind the scenes”. 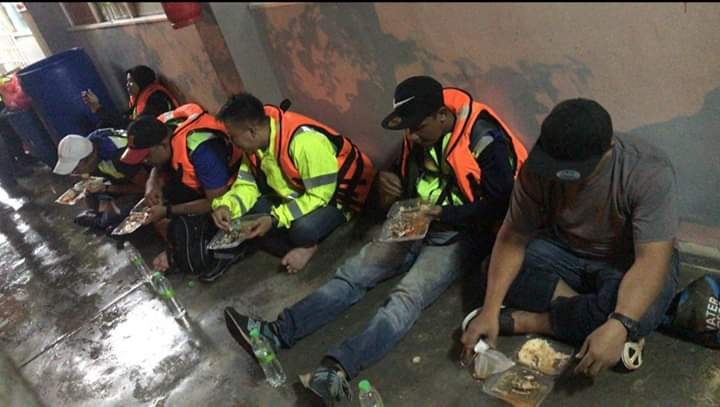 According to Sin Chew Daily, these workers don’t even have time to change their clothes and often don’t have enough time to even eat!

They then urged netizens to think twice before making any negative comments on these disaster relief workers. If they are slow in giving assistance, don’t blame them as as they have been swamped day and night rescuing flood victims.

Many netizens filled the comments with encouraging messages and thanked the workers for their hard work and sacrifice.

Without these workers, many victims would not have survived. They truly are our heroes! 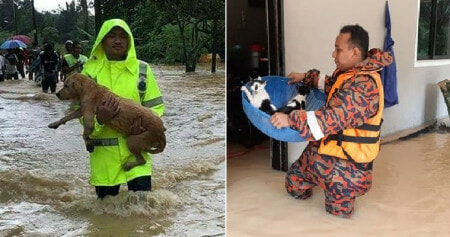