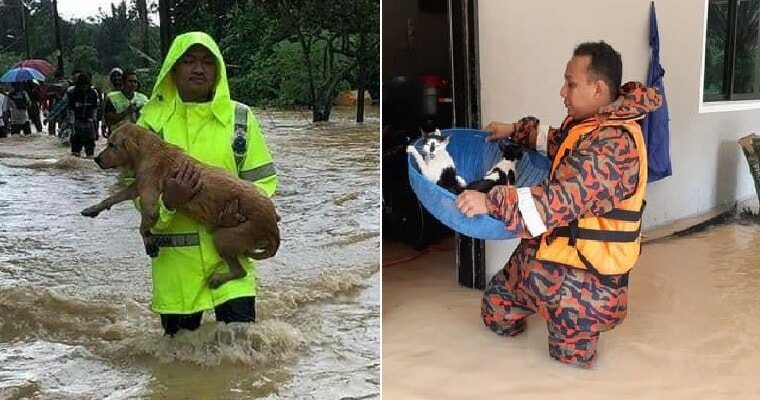 It has been raining continuously for the past few days in Malaysia and this has led to flash floods happening in various areas. Emergency and rescue teams have been deployed to these areas to help evacuate people living there as it’s dangerous for them. 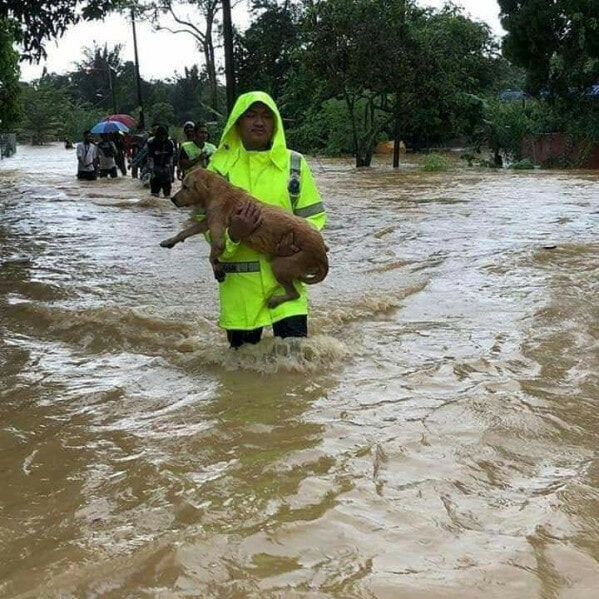 Photos of the rescue missions were posted on social media, and it was heartwarming to see that these emergency workers did not forget to rescue the poor, helpless animals who were stuck in the flood as well! Aww, that’s so kind! The Royal Malaysian Police (PDRM) posted a photo of a rescue worker carrying a scared and wet dog with his bare hands to safety as he waded through the rising waters.

The incident happened in Kampung Jawa, Kota Tinggi, Johor and PDRM said that the rescue team was responsible for evacuating pets and farm animals as well. Another photo, which is believed to have been taken in Kota Tinggi as well shows a rescue worker dressed in a life vest carrying a blue food cover, according to China Press. A closer look shows that inside the cover there are actually two kitties who are being carried to safety. 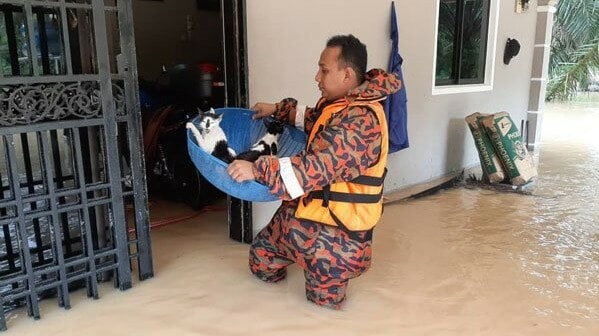 Meanwhile, in Segamat, a team of rescue personnel went to save four large buffaloes that were stuck in the danger zone. Apparently, the owner had called the department for help saying that his buffaloes were trapped in the area. They quickly went to evacuate the buffaloes, which took over an hour as it was a painstaking process because the animals were so heavy. 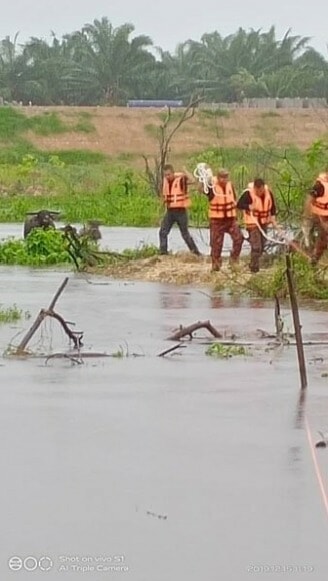 Netizens who saw the photos praised the emergency and rescue department for saving the animals as well. However, PDRM said that this was part of their duties and they were just doing their jobs.

Kudos to the rescue team for saving these helpless animals! 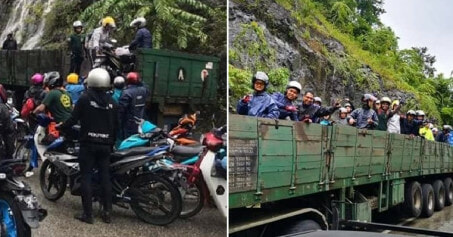