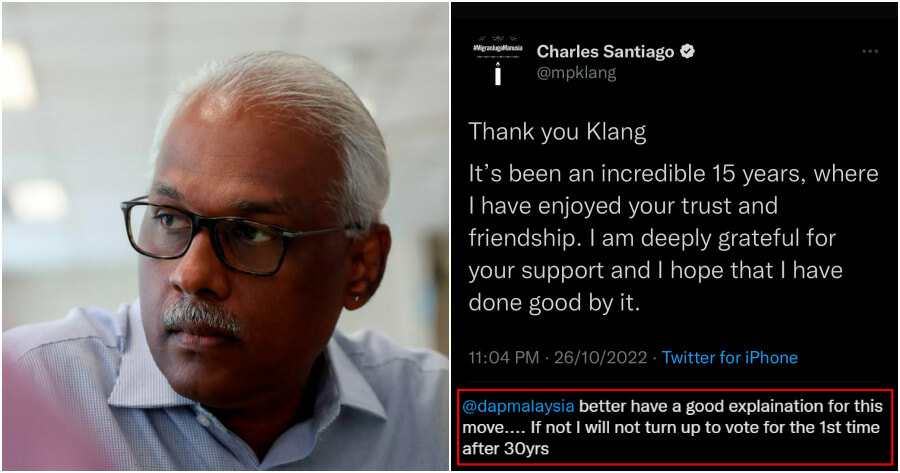 Political parties have started to release their line ups of candidates to fight for or defend certain constituencies in the upcoming 15th General Election (GE15) set to take place on 19 November.

Recently, a major change that made headlines was the announcement by DAP to drop incumbent 3 term MP Charles Santiago as the DAP candidate for Klang in the GE15.

DAP secretary-general Anthony Loke revealed that Kota Kemuning assemblyman V.Ganabatirau will contest the seat instead of Charles, who has served for 3 terms.

In a statement released by himself on social media, Santiago expressed his gratitude to his supporters over the many years he has served as Klang MP. 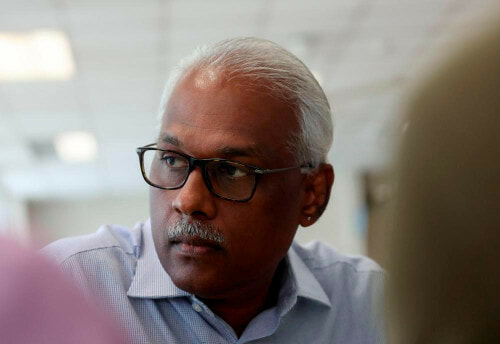 “It’s been an incredible 15 years, where I have enjoyed your trust and friendship. I am deeply grateful for your support and I hope that I have done good by it,” he wrote.

“My biggest commitment to you, the people of Klang, was to represent you in Parliament; to be your voice. I apologise if I have fallen short but I want you to know I have tried.”

He went on to wish his successor the best of luck and offer his support. “I am sure my successor shares the same dream for this country of ours. And just like I did, he too needs your support. I know many of you are upset that I am not fielded again but I know we are better than the anger,” he explained. 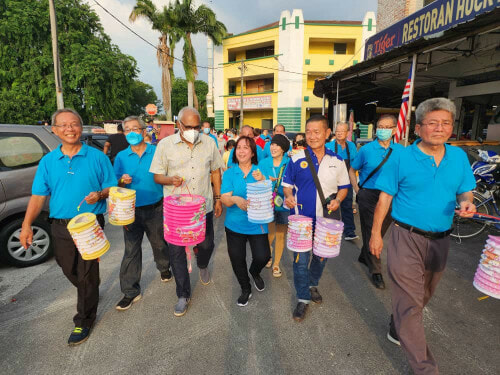 Santiago added, “We are at a crucial time, where each of our vote counts. And therefore, I humbly request that you cast your vote for a Pakatan Harapan government.”

“My heartfelt good wishes go out to Veeraman as he campaigns for your support. I will be pushing our message to vote out UMNO and all corrupted politicians for Malaysians deserve better. So, let’s stand united. Let’s do this together.”

“Better have an explanation for this”

It has captured the attention of Malaysians who were confused and shocked over the news. Some netizens urged DAP to properly explain why Santiago was dropped as he has been reliable and served the people of Klang well.

“DAP better have a good explanation for this move. If not, I will not turn up to vote for the 1st time after 30 years.”

“The people need a proper explanation to see what is DAP’s vision,” commented a user.

“Would like to hear DAP’s explanation on their election strategy,” said another.

Meanwhile, a few netizens praised Santiago for his heartfelt message and for passing up the baton so gracefully and humbly.

“This is how politicians should act if they are dropped. Not start a new party.”

One user commented, “Instead of throwing a fit, causing issues, jumping ship or entering as an independent, he rallies everyone to support the cause.” 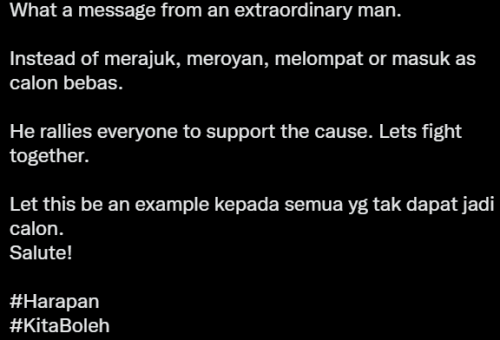 What do you think of this? Does DAP owe the rakyat an explanation over the decision? 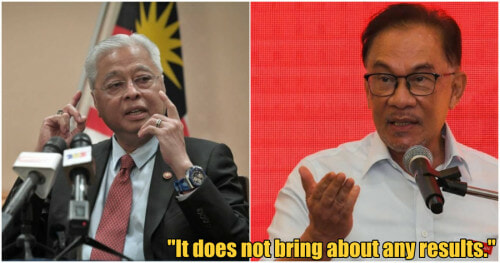