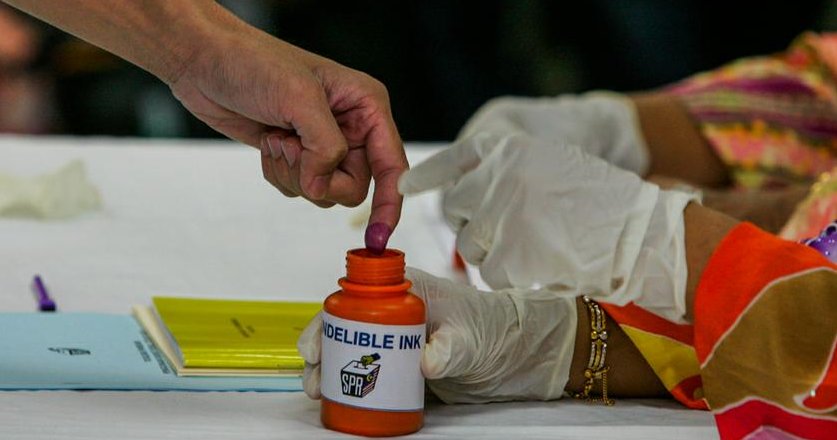 With GE14 just around the corner, many people are rushing to go back to their hometown and vote.

However, not everyone can afford a trip home, which is why many initiatives to raise funds with the aim of helping Malaysians get home to vote has been popping up as of late. Just like this social media group called #UndiRabu that has managed to raise more than RM65,000 yesterday (12 April 2018) to help first-time voters get home, reported the Malay Mail. Wow, that’s a lot of money!

Then, around 9am yesterday (12 April 2018), #UndiRabu managed to collect RM65,461 although the requested financial help was only RM47,750. They surpassed the amount needed!

The sum of the donation was then released via Twitter by user, Achafoo. 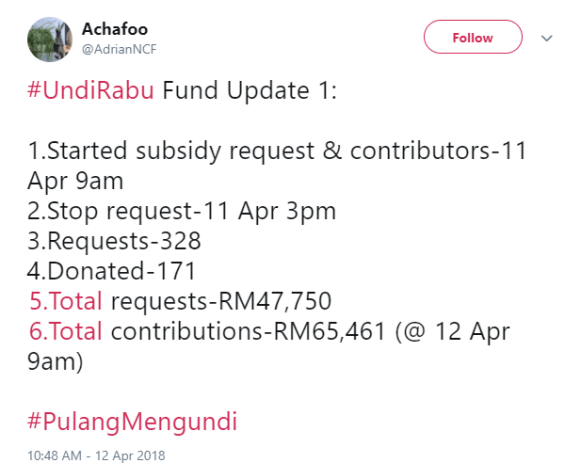 According to the Malay Mail, #UndiRabu was started by a group of friends on Twitter because many first-time voters requested for financial assistance for them to get home to vote. They also added that many of these voters are students from both public and private higher learning institutions. Student life = broke life.

Thus, to help them, #UndiRabu offered to subside their travel fares and expenses. The subsidies are as follows; 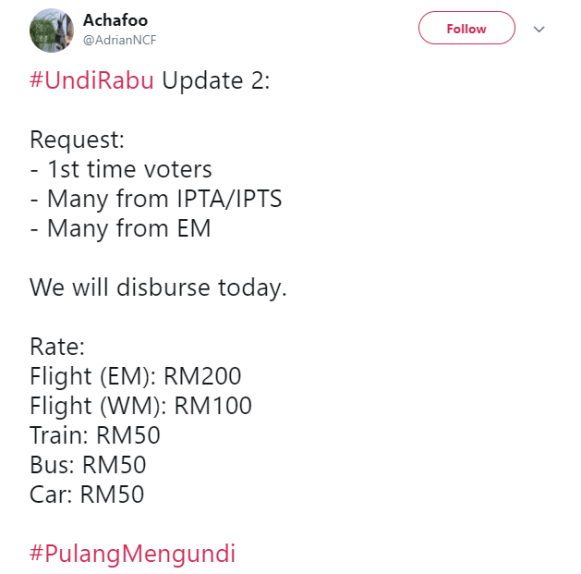 However, they aren’t the only ones that had come up with this initiative because many other places and people have done something similar too. For instance, M Boutique Ipoh and M Roof Hotel & Residences are offering rooms for only RM14 by using the promo code “GE14”. That’s a steal! 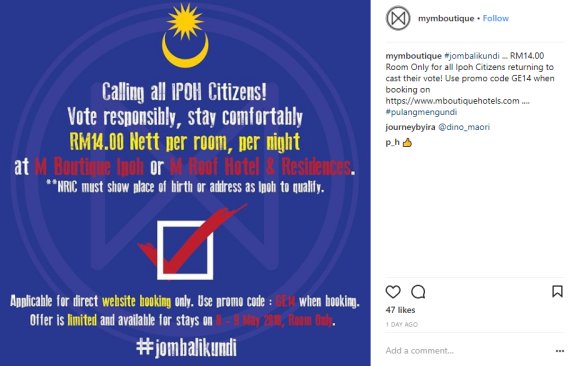 Similarly, a home-stay called Sky Empire is offering a 50 per cent discount on room rates for those who need a place to crash on polling day (9 May). 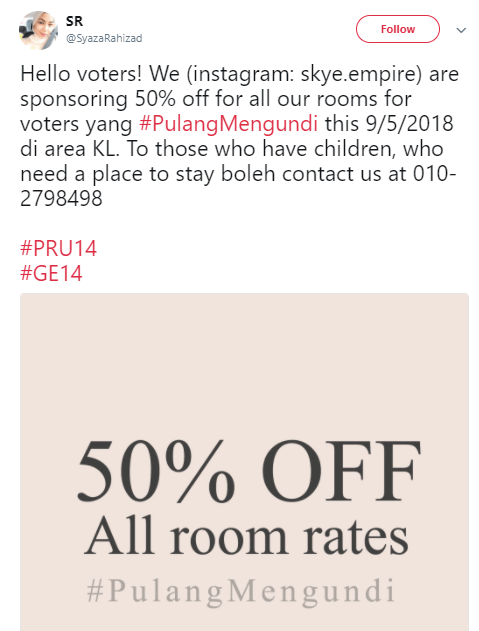 Besides that, many people are raising #PulangMengundi funds for themselves by offering paid services, such as Atiiq Azman who offered to draw digital images for people if they help him with transportation money back to Kedah to vote. 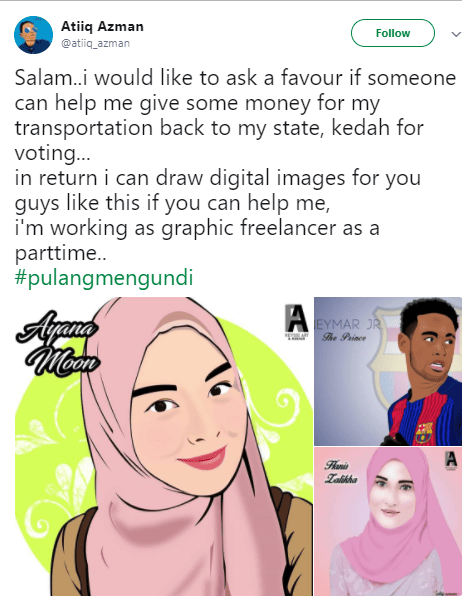 Similarly, Jesse Joy is selling his handmade mixed media embroidery art for RM40 to RM70 to make some money for his flight back home. 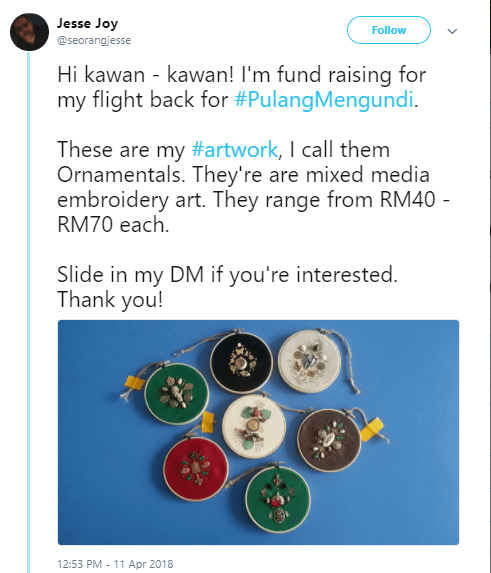 Another Graphic Designer, Sarah, offered to make vector illustration portraits for RM50. However, the proceeds aren’t for her; instead, they’re for another citizen who needs to go back to Kelantan to vote. So noble! 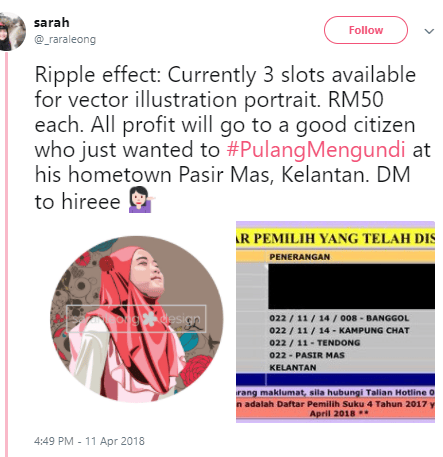 Well, it looks like the #UndiRabu and #Pulang Mengundi movements are definitely helping a lot of voters, especially first-time voters. Some of them had expressed their gratitude via Twitter.

Well, it’s certainly great to see our young people coming together to help one another! Plus, it’s even greater to see our youngsters keen on exercising their rights to vote this year (2018). Who said we don’t care, huh?

Also read: How M’sians Are Uniting to Help Each Other #PulangMengundi This GE14 Will Give You Massive Feels 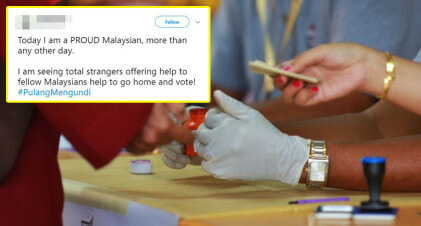