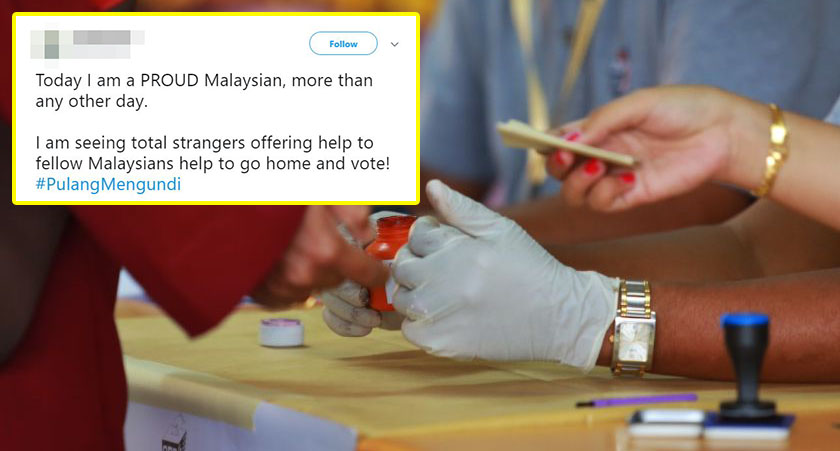 By now, most of us would have heard that the upcoming 14th general election (GE14) will be happening on the 9th of May, and yes, indeed that is a Wednesday. Why lah weekday…

Rightfully so, many netizens have expressed their frustrations over this announcement since it falls on a weekday but let’s not talk about that. In the face of this inconvenience (y’know, since some of us need to apply leave to balik kampung to vote at our voting district), there’s now a movement spreading on social media where Malaysians are offering to help other Malaysians, so that they can vote too!

Yeap, a number of netizens on Twitter are now using the #PulangMengundi hashtag to either ask for help or offer help to others who may need it. So kind!

Some people are offering cash that they have to spare… 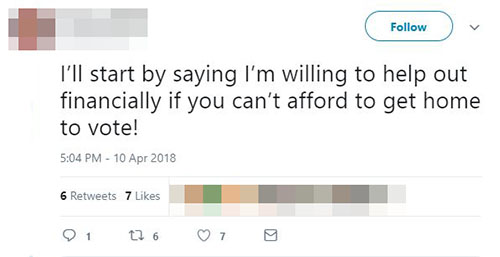 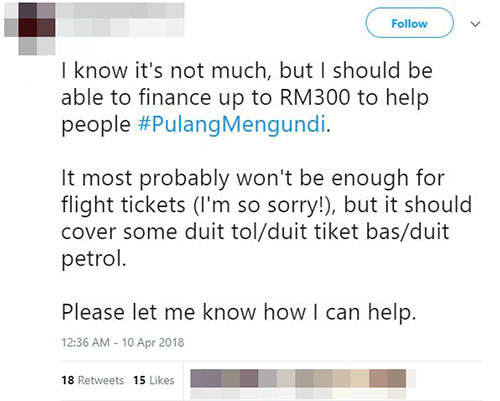 A group of generous netizens are offering to sponsor flight tickets…

While others are more than happy to offer rides to certain destinations. 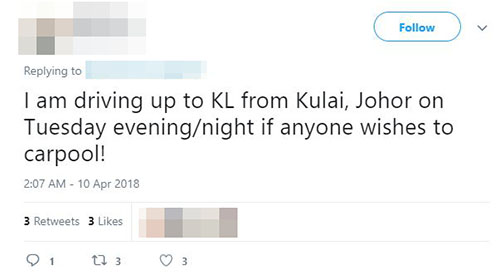 There’s also the #CarPoolGE14 hashtag that has subsequently come up. This one is specifically for people looking to carpool or if car owners have space for someone to carpool with them. 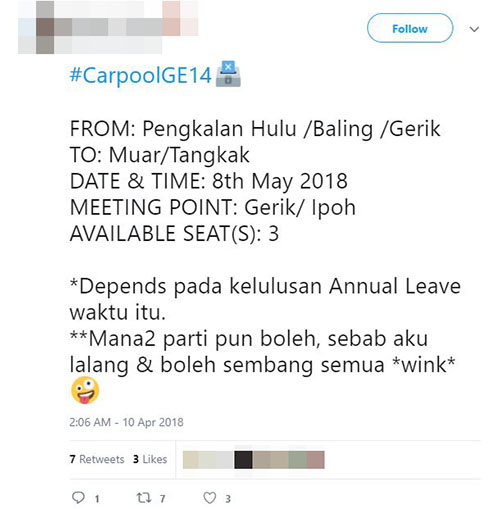 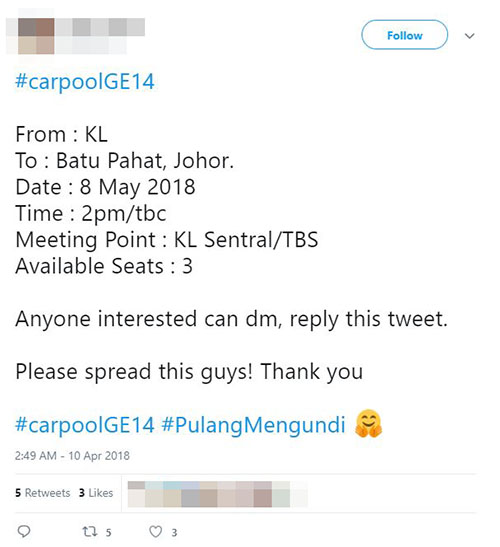 Besides those two, there’s also the #JomBalikMengundi hashtag, which showcases how Malaysians are now standing up for their right to vote. So proud of y’all!

In a week filled with lots of negative vibes, this is certainly inspiring to see and it’s definitely a depiction of what being Malaysian is all about. Kudos to all Malaysians pitching in to help each other out! 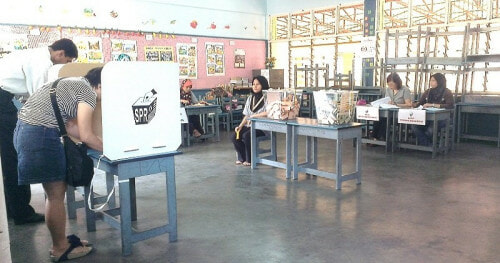