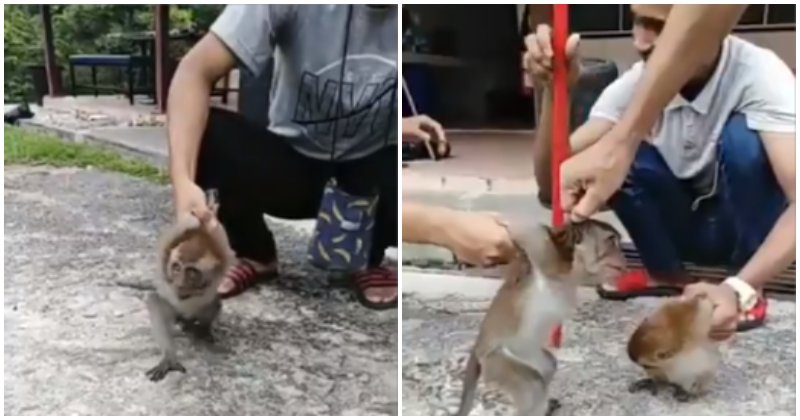 They say primates are the closest species to humans, but these days the lines tend to blur as humans behave like how we assume monkeys would.

A video was posted on Twitter by Fallinlove (@fafalinfazlin), showing a group of people torturing 2 monkeys by holding their hands behind their backs.

Based on the video, it seems that the monkeys stole food from the group of people, who apparently work at the food hall at the Kem Bina Negara (name changed to Kem Wawasan Negara) in Langkawi, as shared by Fallinlove in her thread.

The group can be heard calling the monkeys thieves (pencuri). Some of those involved in the video can be seen stepping on one of the monkey’s tails, provoking them with a broomstick and pulling their ears. The beginning of the video also briefly shows someone holding up some string, presumably to tie the monkeys up.

Many have since taken to the thread to voice out their sadness and anger over the incident.

This comment reads, “That monkey’s face…if it was human I think it’ll be crying while saying ‘please let me go I’m in pain’. Don’t do that to the monkeys. Report to the police… They’re abusing these monkeys”

Others commented on the lack of civilised behaviour shown by the group, with this comment stating, “That’s wrong bro, animals never torture each other. This is worse than animal behaviour, this is behaving like Satan.”

One netizen even took the liberty to edit a shot of the video to point out that the boys were behaving like animals. 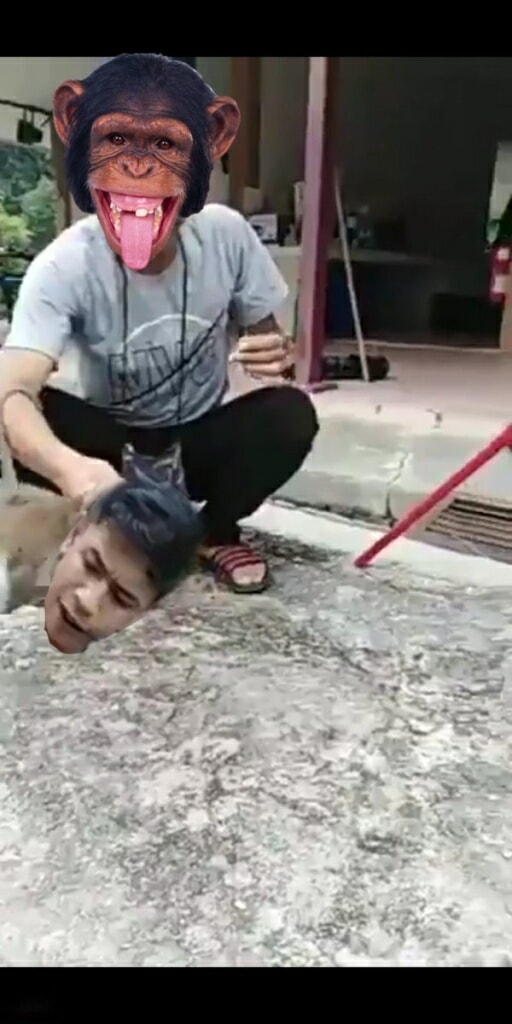 It is unclear if any action has been taken against the men or what ultimately happened to the monkeys in the video. We hope the monkeys managed to escape the groups’ brutal behaviour, who hopefully will soon be taken into justice.

Fallinlove’s video has since garnered over 5,000 shares.

Until then, let’s just hope karma does her duty.

Also read: It’s Becoming More Common To Own Endangered Animals In Malaysia & No, It’s Not a Good Thing 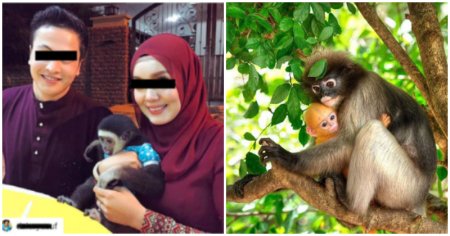