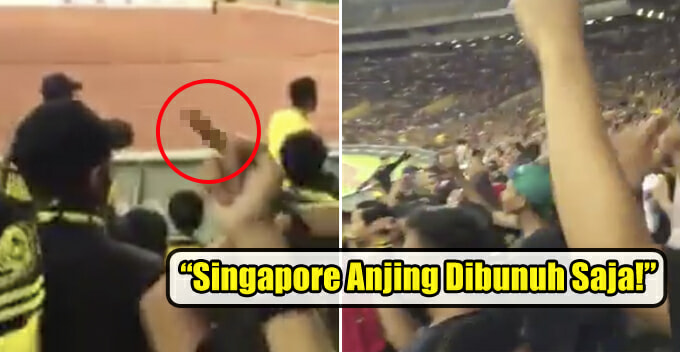 As if the recent Indonesian flag blunder wasn’t bad enough for our country’s image, this hateful chant happened even after we won the game.

In the recent football match between Malaysia and Singapore, a rather embarrassing scene had unfolded when a massive group of Malaysian supporters were seen chanting “Singapore Anjing (Dog)”. The video has since gone viral on social media and their lack of sportsmanship behaviour has drew flak from netizens from both countries.

The video was recorded in Stadium Shah Alam on August 16 during the match between Harimau Malaya and the Lions, which the former won with 2-1. The highly spirited group was identified as the Ultras Malaya, a group of hardcore supporters of the Malaysian national team. One supporter even proudly threw his middle finger up high during the chant.

Here’s what they were chanting according to a Facebook page,

Understandably, the video has upset a lot of Singaporeans as they were disappointed by the ‘courtesy’ and ‘respect’ shown by the hosting country. Some even retaliated by describing Malaysians who work in Singapore as anjing.

Malaysian netizens who do not condone such behaviour stood out to apologise on behalf of the impolite Malaysians. Thanks!

However, one Malaysian netizen begged to differ as he reckoned there’s nothing wrong with the insulting chant.

“This group of people singing are called “Ultras Malaya”. They rehearse regularly, write new songs, bring their drums to the stadium, and so forth to cheer on the national team. This is not called insulting the opponents. It is pure football rivalry,” he said, adding that this culture is also prevalent in major football leagues such as the English Premier League (EPL).

In fact, this was not the first time Ultras Malaya has insulted the Singapore team. During the 2012 AFF Championship, the same group of people chanted “Singapore Itu Anjing”.

Yikes, it’s as though history repeated itself. :/

Regardless of whether it’s a football tradition, describing our neighbouring country as dogs is not the nicest thing to say. I’m sure we’re better than this guys. What’s your thoughts on this? 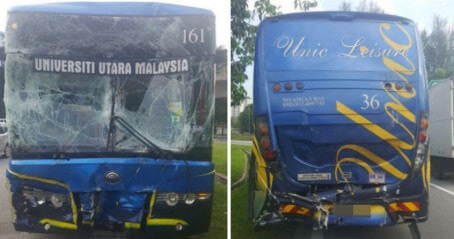