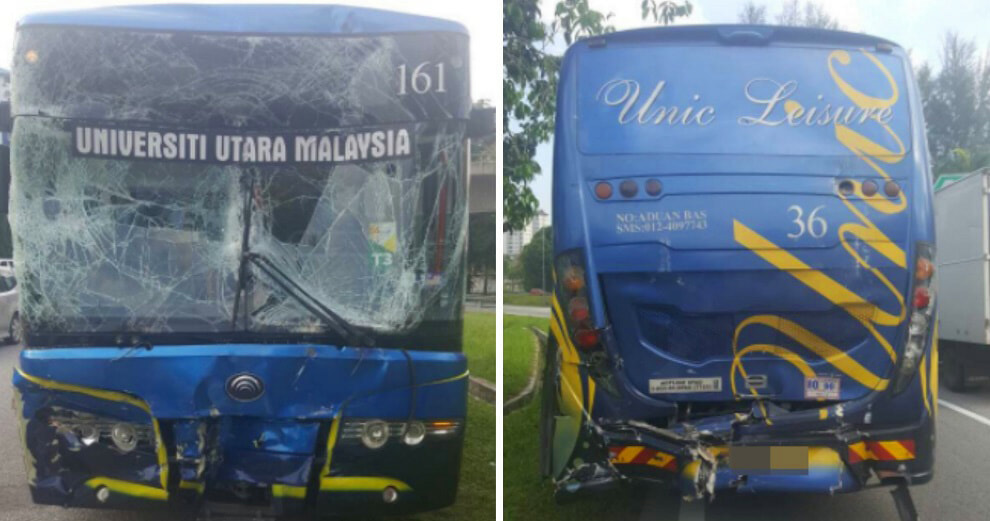 The 2017 Southeast Asian Games are all that any Malaysian has been talking about recently, but it looks like an accident has overshadowed some of the excitement today.

According to Channel NewsAsia, two buses transporting 13 SEA Games athletes from Myanmar, Thailand and the Philippines, met with an accident while on the way to the National Squash Centre from their hotel in Putrajaya. 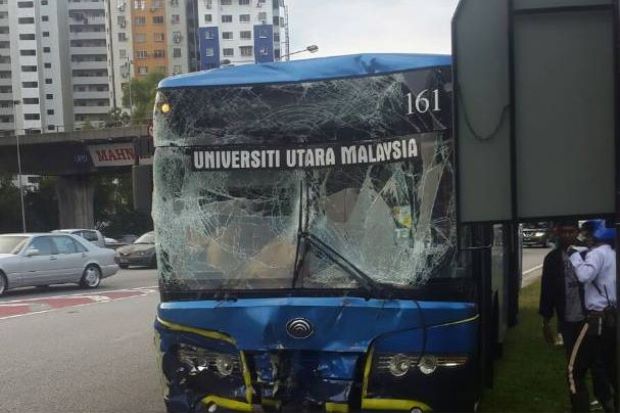 The Star reported that a few Myanmar squash players were injured in the accident, but no serious injuries were sustained.

Robert Bachmann, president of the Squash Rackets Association of the Philippines told ABS CBN News that the Myanmar athletes suffered minor injuries, while some of the Thai athletes suffered whiplash from the accident.

In light of the accident, today’s men’s doubles, women’s doubles, and mixed doubles have been temporarily postponed until medical clearance is given.

Police reported that a motorcyclist swerved in front of one of the buses, causing it to brake abruptly. This caused the second bus to crash into it from behind. 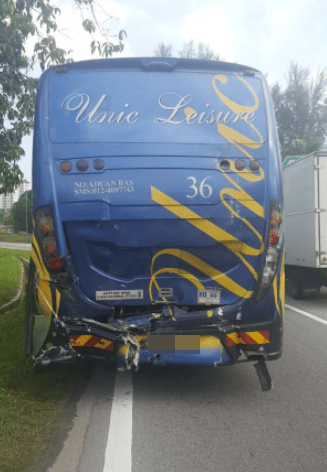 The athletes were then transported to the National Squash Centre by a replacement bus. An official statement regarding the incident was just released by the Malaysia Organising Committee for the SEA Games. 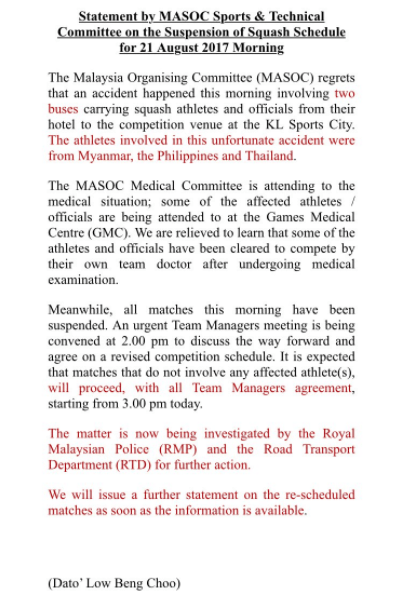 Sadly, this isn’t the first instance involving bus drivers transporting SEA Games athletes. Just last week, a bus driver was arrested by the police for stealing a Malaysian team official’s watch. He was also found to have been driving the bus without a licence.

Thankfully, nobody was seriously hurt in this accident! Let’s hope the affected athletes are fit enough to carry on in the games! 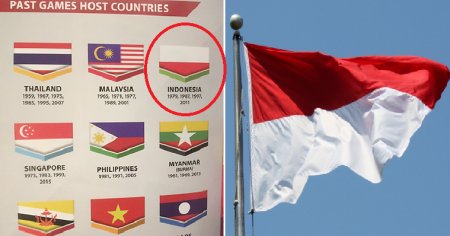