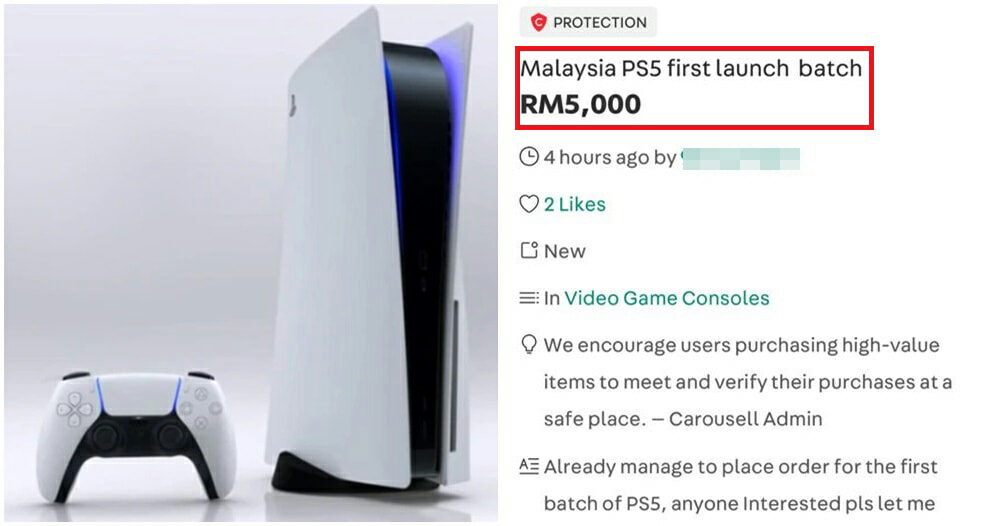 If you’re looking for a PS5 on the market, be careful with where you choose to buy yours from!

When Sony announced the official release dates for the PS5 in Malaysia, fans anxiously waited for pre-orders to begin to secure their console before it was sold out. Unfortunately, the much-anticipated gaming console was sold out within minutes after pre-orders began at midnight yesterday (12 November) which has led to many console gamers resorting to purchasing the PS5 from scalpers instead.

However, it looks like some of these scalpers are trying to take advantage of the situation and sell the PS5 for almost double its market price! A brief search on an online merchant platform showed some scalpers selling the console for a whopping RM5,000.

Meanwhile, another local game store began putting out listings even before the official PS5 prices were announced. The store claimed to be taking pre-orders for the PS5 Digital Edition (Hong Kong Set) at RM 3,999 when its official price is HKD3,180 (RM1,687). 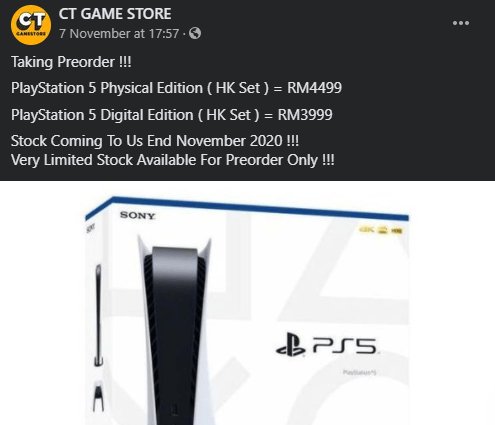 As for the PS5 with Blu-ray disc drive (Hong Kong Set) that is currently being sold at the official price of HKD3,980 (RM2,111), the store has priced the console at a ridiculous RM4,499! That’s more than double the price it was initially going for which is extreme even after taking into consideration the shipping charges of delivering these consoles to Malaysia, as said by Lowyat.net. 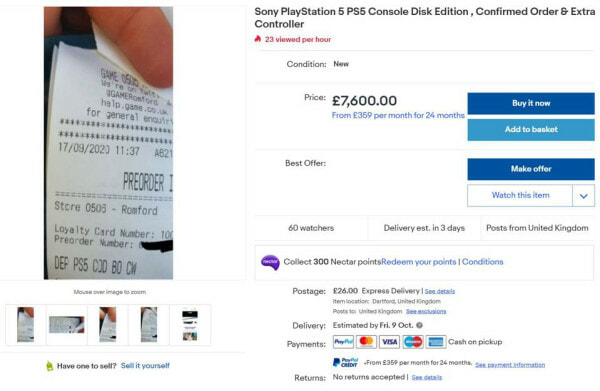 But it looks like Malaysians aren’t facing the worst of these massive price hikes from PS5 scalpers. The UK takes the cake for this one as one scalper tried to sell the console for GBP7,600 (RM41,193) on Ebay! According to Forbes, the listing boasts an incredible 1,393% mark-up on the recommended retail price of GBP449 (RM2,433).

So unless you have tons of money to spare in this pandemic, be sure to think twice before you hit ‘Pay’! Hopefully, Sony restocks on their PS5 consoles soon to put an end to these ridiculous scalpers.

Also read: It’s Official! The PS5 Will Be Available in Malaysia Starting 11 December! 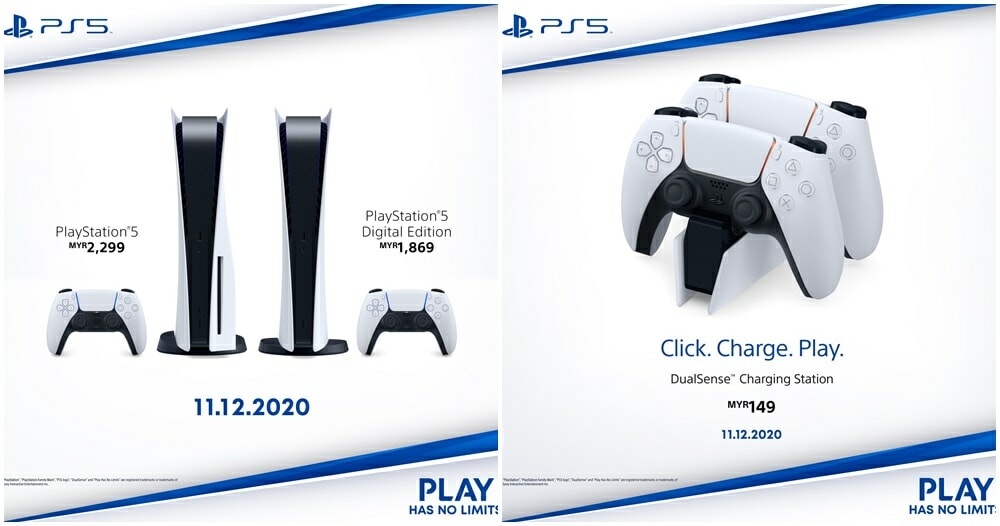