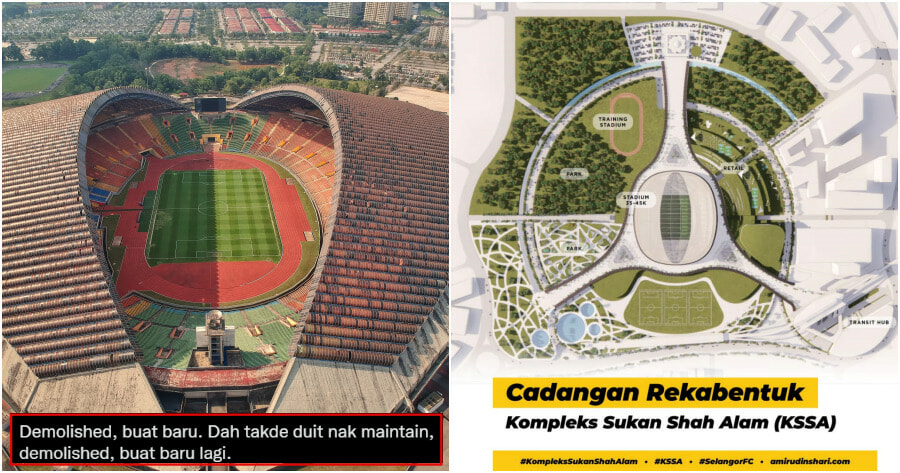 Back in July, netizens were in an uproar after it was announced that the Selangor state government was going to spend RM787 million to build a new stadium.

However, this was quickly nipped in the bud after Selangor MB Datuk Seri Amirudin Shari explained that the amount is to refurbish both the Shah Alam and the Melawati stadium. 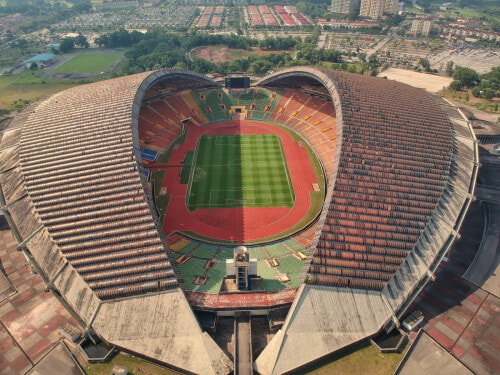 Although there were no official plans back then on how the Shah Alam stadium would look like in the future, Amirudin has just released the state government’s plans on it.

Taking to Twitter on Friday (September 30), Amirudin shared that that there was a briefing on the proposed development of the Shah Alam Sports Complex and that design proposals have been presented. 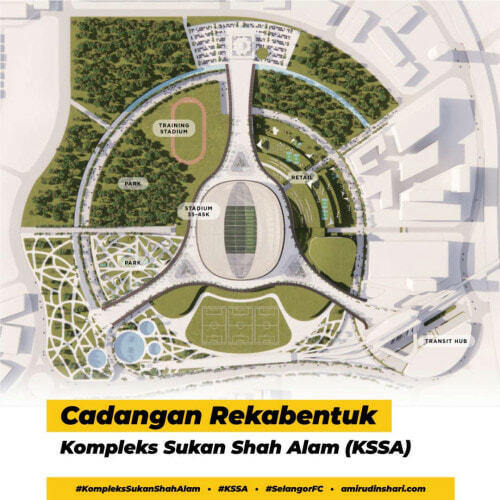 As reported by BERNAMA, a hotel, an indoor stadium as well as public parks are being proposed as part of the sports complex, on an 80-hectare site, according to the developer.

Work on the stadium, inspired by the Johan Cruyff Arena, would begin early next year for completion by 2026. The new stadium will be able to seat some 60,000 to 70,000 spectators. 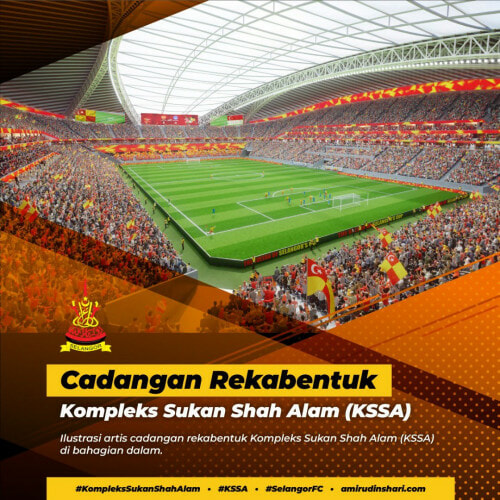 MRCB group managing director Imran Mohamad Salim said the proposed complex, to be built on a 80-hectare piece of land, would also incorporate the construction of commercial and public facilities that will directly provide returns to the stadium management.

“This will provide revenue for the stadium management team and help absorb the maintenance and upgrade costs.”

Imran said some of the development projects proposed for the complex included a hotel, an indoor stadium as well as public parks.

Malaysians are divided over the new sports complex

The announcement has received mixed reactions. Some netizens think that it is a good idea due to various reasons including its seemingly pro pedestrian initiative and the establishment of more parks for the community.

“First ever stadium in Malaysia without a massive parking lot! I as a pro-pedestrian and cyclist 110% support this initiative.”

“As long as the frequency of the LRT is frequent and on time of course,” said a user.

Another netizen pointed out that if this is done well, it would be good for the sports industry as venues will uplift fan experience and develop more skilled venue managers.

On the other hand, some netizens were more skeptical and said that there is no point building amazing new sports complexes if it isn’t well maintained which is a major problem in the country.

“Hope they can maintain it as well. Cause this country’s problem is with its maintenance.”

Another user commented, “All (of these) project just not maintain them (a) few years down the line.”

On the other hand, a few netizens pointed out that the money would be better spent on flood prevention considering that the area the stadium is in is very flood prone.

“With all due respect, maybe spend more on fields across the entire state, solve flooding issues and cut down development.”

“You’re wasting money and time on one spot. Selangor is more than just Shah Alam,” added the user.

What do you think of the plans? Is it a good or bad idea? 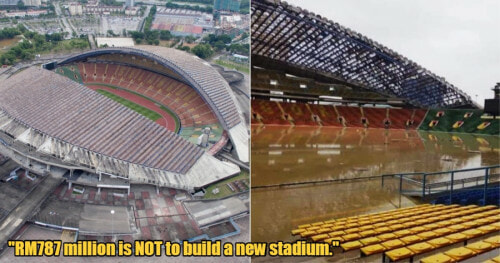